As we approach the milestone landmark of a year since the first UK lockdown began, newly released data from the Office for National Statistics (ONS) reveal just how damaging this past year has been for young people’s employment prospects. Lizzie Simpson, IF Researcher, explains 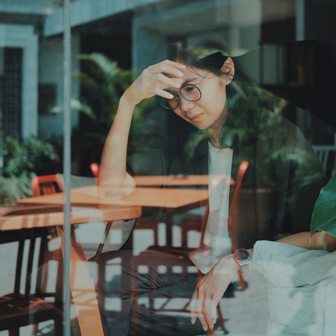 New ONS data has revealed that in January 2021 the number of payrolled employees had fallen by 726,000 since the COVID-19 pandemic began in February 2020. Crucially, three out of five of these job losses were from people under the age of 25. To put this in perspective, this translates to approximately 1000 to 1500 unemployed young people in every parliamentary constituency. Despite the government’s attempts to rejuvenate employment prospects for younger people with the Kickstart scheme, so far this has barely made a dent in the unemployment numbers, as currently there are an average of three Kickstart places available per 1000 young people.

These figures are not entirely unexpected as, historically, past recessions have often resulted in the youngest age groups being most likely to encounter higher rates of unemployment. However, the COVID-19 recession is proving particularly detrimental for young people, as they have been triply hit by the recession itself, by the lockdowns predominantly affecting sectors of the economy which mostly employ young people, and by Brexit further reducing the available employment opportunities.

What are the potential impacts?

It is important to remember that as well as the financial implications, unemployment also has far wider-reaching consequences for young people’s livelihoods and independence. Young people who have lost their jobs and are unable to pay rent now face the painful choices of having to burn through their savings or go into debt, leave their home and current life behind to move back in with their parents, or – in the worst case scenarios – are faced with the prospect of having no secure place to live at all.

This is also likely to have adverse impacts on social equality, as there is the potential to create a widening gulf between those young people whose parents have the financial means to support them during a difficult period of unemployment, and those who don’t.

Attempting to find employment in such a difficult and competitive job market can have a significant mental toll for younger people who are just starting out in their careers. As a 2020 graduate myself, I am acutely aware of how disheartening it is to send out dozens of job applications and receive dozens of rejections in return, or to see that a job has had over 300 applicants and it is likely that your application will never even be read. No wonder then, that many young people are becoming increasingly pessimistic about their career prospects, with 60% of young people feeling that getting a new job is impossible and 24% saying that the pandemic has destroyed their career hopes.

As well as these shorter-term impacts, there is also evidence that periods of unemployment as a young adult can result in “wage-scarring”, wherein wages and career prospects are negatively affected for many years afterwards.

Last week, the Prime Minister announced plans for the UK’s roadmap out of lockdown, which sparked hope across the nation at the prospect of returning to normality and getting back to all the activities that we have missed so much over the last year. However, for the many young people who have lost their incomes during this time, any excitement over the thought of lockdown ending is dampened by the reality that they may not be able to afford to join in with the celebrations, and that the negative impacts of unemployment will be felt for a long time after the lockdowns have ended.

It is paramount therefore that this week’s budget should offer some relief for “Generation Covid” in the form of targeted economic and employment support for younger people, in order to avoid a whole generation’s employment prospects and future lives being permanently damaged by the pandemic.

The COVID-19 pandemic has also sharply highlighted many of the issues that were already present in the gig economy prior to 2020. Over the last decade, there has been a huge rise in insecure employment and zero-hours contracts, with many of these jobs being taken up by younger people. IF has previously discussed how the lack of employment benefits in the gig economy meant that many of these people were not eligible to receive furlough money during the pandemic, thus were not paid despite still technically being classed as “employed”.

In light of this, now could also be a good time for a wider review of how the gig economy in the UK functions. The recent Supreme Court ruling that Uber drivers are classed as workers and are therefore entitled to benefits such as the minimum wage and paid holiday is a positive step forward for gig economy workers. This could provide the foundation for further conversations on how to secure better working conditions for people in the gig economy, thereby helping to improve employment prospects for many younger people in the longer term.