Last week, the Office for National Statistics (ONS) published new data detailing the current state of the UK’s labour market and businesses. This has revealed not only the damaging impact that the COVID-19 pandemic is continuing to have on the UK’s economy as a whole, but also the disproportionally negative impact that it is having on younger people. Lizzie Simpson, IF Researcher, explains 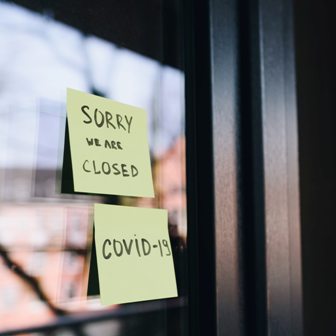 The latest ONS figures from September to November 2020 reveal the worrying statistic that the UK employment rate has risen to 5.0% – 1.2 percentage points higher than in the same period the previous year.

For younger people, the situation is even more dire. The unemployment rate for 16–24 year-olds is now at 14.2%, up from 11.3% compared to the same period last year. This is a rise of 2.9% – more than double the average rise for all age groups.

Additionally, the number of employees on the payroll has fallen by over 800,000 since the beginning of the pandemic, which is higher than the reported 570,000 fall in employment. The ONS suggests that this is due to the significant section of the working population who are employed casually, many of whom are younger and normally work casual shifts or have zero-hours contracts. While these workers may still be reporting as employed, they are not being paid and are not eligible to receive furlough money. Therefore, the actual negative economic impact for younger people is likely to be even higher than the reported unemployment figures show.

It is also worth noting that these figures cover only the period up until the end of November, and as such do not yet show the full impact of further closures of the hospitality and retail sectors during the December tier restrictions and the national lockdown in January 2021.

New experimental data released by the ONS also show the impact that the pandemic has had on businesses. The number of business closures in the last quarter of 2020 was 37% higher than the previous year, and higher than any fourth quarter over the past four years.

Interestingly, the number of businesses created in this period was 24% higher than the previous year. We can only speculate about why business start-ups have taken place mid-pandemic. One reason may be that lost income in paid employment has pushed people to think about earning money for themselves rather than for someone else. Another reason may be that employers have moved people from paid employees to self-employment in order to drive down their staffing costs. Whatever the reasons, businesses created at the end of 2020 were on average smaller and employed fewer people than in the same time period of previous years, reflecting that many of these businesses are in industries where fewer employees are required, such as online retailing.

This indicates that although business creations have been higher than normal, this does not mean there have been enough new jobs created from these to replace those that have been lost.

Another key indicator of the economic impact of COVID-19 on younger people is the percentage of young people who are “NEETs” – 16–24 year-olds who are not in education, employment or training.

Prior to the pandemic, the percentage of NEETs had steadily decreased from 2011 to 2017 and had been fairly flat from 2017 onwards. The latest figures reveal that between July and September 2020 there were an estimated 757,000 young people who were NEET (11% of this age group), the lowest level since records began in 2001.

However, rather than being a cause for celebration, a closer look at the data reveals that this figure is largely due to a much higher rate of younger people staying in education. Unemployment among NEETs has risen considerably, as there were an estimated 344,000 unemployed NEETs in July to September 2020, up by 27,000 from the previous year.

This indicates that rather than attempting to secure a job in such a challenging labour market, younger people are choosing to stay in education for longer in order to try to wait out the worst of the economic crisis – a similar phenomenon also occurred after the 2008 financial crisis.

One positive step for young people’s employment prospects is the Kickstart Scheme launched by the Government last September, which provides funding for employers to create placements for young people who are at risk of long-term unemployment. This scheme has so far created 120,000 temporary placements, and the recent removal of the 30-job threshold is great news for smaller businesses who want to take part in the scheme.

However, the actual uptake of the scheme has been slow and, as of 15 January 2021, only 1,868 young people have actually begun their work placements. It is likely this scheme may need a review to discern why its high numbers of placements are not yet translating into higher numbers of young people in employment.

There is also uncertainty whether these temporary placements will translate into long-term jobs, as this was a problem with the Future Jobs Fund – a similar scheme set up to help young people into employment after the 2008 crisis.

IF has previously drawn attention to the fact that younger workers have been more likely than any other age group to have been made redundant or to have been placed on furlough. There is also evidence that being unemployed as a young adult can lead to “wage-scarring”, whereby periods of unemployment can negatively impact on employment and wages in the longer term.

These new statistics add to the mounting evidence that the economic consequences of COVID-19 are not affecting everyone equally, with younger age groups suffering the most from redundancies and lack of employment opportunities.

With this in mind, we recommend that policies geared towards the UK’s economic recovery should take an intergenerational equity-based approach which demonstrates an awareness of the unique challenges that COVID-19 is causing for younger people.

The young people of today are the taxpayers of the future and are likely to be the generation footing the bill for much of the debt accumulated during the COVID-19 pandemic. It is therefore especially important that young people’s employment prospects are a priority for policy-makers, to ensure that this generation will not be left alone to struggle with the economic burden of the pandemic throughout their working lives.