Recent pledges by Chancellor Rishi Sunak suggest a solid and welcome commitment to the transition to a green economy, post-COVID-19. But IF researcher Melissa Bui says there is reason to treat such pronounced good intentions with caution 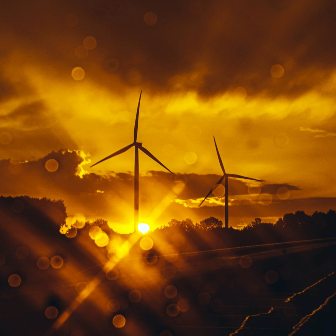 UK Chancellor Rishi Sunak set out a number of commitments towards a green transition at the Green Horizon summit on Monday (9 November). The two that attracted the most attention were the promise to issue the UK’s first green bond in 2021 and to make the disclosure of climate risks for investments in the UK completely obligatory within five years. These moves are part of the government strategy to place the UK as a world leader in the global transition to net zero by 2050.

In theory, these are pledges that should be welcomed. However, amongst all the noise, it is difficult to see clearly whether we are indeed moving towards a green recovery. News of Rishi Sunak’s recent announcement sits alongside numerous other reports which suggest that the government has, contrary to its claims, taken steps back in terms of climate action since the COVID-19 pandemic began.

Despite stock markets across the world taking a hit due to lockdown measures, there still seems to be a healthy global appetite for green investment. As outlined in a previous IF blog, the COVID-19 pandemic has shifted investors’ preferences, many of whom have learnt from this pandemic the need to be prepared for future crises. With governments across the world transitioning towards net zero carbon emissions by 2050, it’s expected that the demand for green businesses will be sustained in the coming years.

Fortunately, the government’s abilities to invest have also opened up. Borrowing has been made much cheaper than previously possible, due to the pandemic crisis: the Bank of England’s interest rates have reached the lowest level ever in its history (0.1%).

In a move that has been described as an attempt to “capitalise” on the rising interest in green investment, Chancellor Rishi Sunak has promised to issue the UK’s first green bond in 2021 as part of the COVID-19 stimulus package, which will mean that the government can only use the funds raised to invest in either clean or renewable energy.

However, other news casts doubt on whether these steps announced so far will truly make the UK “a world leader in the use of green finance” as the Chancellor described at the Summit. The UK is not the first to include green bonds as part of its green recovery strategy: these measures have already been included as part of the stimulus packages of Germany, France and the Netherlands.

It is true that the proposed pledge to mandate the disclosure of climate change risks by businesses by 2025 is more ambitious than the measures announced by other countries. This would allow the government and investors to make investment decisions based on how vulnerable businesses are to the climate change crisis – something that can be avoided under other rules proposed by G20 countries, which allow businesses the option to not disclose this if they provide an explanation for doing so.

However, for the issuing of a green bond to be successful, we need to rely on the government to choose the most appropriate investments. Although we have been assured that a framework will be produced to guide the investment decisions, a track record of misleading statistics on climate action calls into question whether this is possible.

Earlier this month, it was revealed that stimulus packages all over the world disproportionately favoured fossil fuel industries over renewable ones, with the UK labelled as the worst culprit. Prior to the green bond announcement, the UK’s stimulus package is estimated to allocate over 32 times more funds on fossil subsidies than it does on renewable energy, amounting to $5 billion in value. It has been suggested that the UK already had an unfortunately growing record of subsidising fossil fuel industries before the pandemic. A recently released report has estimated that the UK has dedicated support for fossil fuel infrastructure worth as much as £12.8 billion between 2017 and 2019, placing the UK amongst the worst offending nations OECD countries.

Confusingly, the government claims to not subsidise fossil fuel industries based on a narrow definition of fossil fuel subsidies.

In addition, Prime Minister Boris Johnson’s recent promises to make the UK the “Saudi Arabia of wind power” has also been criticised for being based on dodgy statistics. An Oxford-based consultancy estimated that we would need to install the equivalent of one wind turbine every weekend for the next decade, which would cost approximately £50 billion, to fulfil the pledge in time. The promise that this investment in wind energy will also create thousands of jobs has been criticised for being misleading, as it includes jobs that have already been created.

Earlier this year, in January, environmental activist Greta Thunberg accused world leaders of repeatedly offering “empty words and promises” on climate change “that give the impression that sufficient action is being taken.” It was something she described as “worse than silence” for younger and future generations, whose futures depend on genuine and rapid climate action.

Unfortunately for younger and future generations, it appears that this accusation still holds ground. If it is in the interest of the government to pave the way for more transparency on climate change risk, the government itself would benefit from mandating the principles of transparency within their own operations.