Green investment has reached record levels this year, in spite of the pandemic. IF researcher Melissa Bui explains why investor-demand for more transparency on climate risks is rising, and how pension schemes may lead the way in fulfilling investors’ requirements 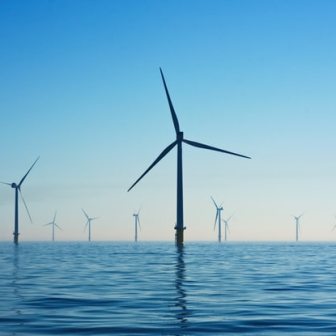 Last week the Financial Times suggested that 2020 has been a “landmark year for investor action on climate change” – an outcome that would have been unexpected for many a few months ago.

ESG (Environmental, Social and Governance) investing has been on the rise over the past few years, with the desire to support “green” industries credited as a major factor behind the growth. This interest appeared to strengthen further earlier this year in the wake of the bushfires that devastated Australia. The loss of land and human life, the death of millions of animals and the shock to the Australian market seemed to serve as an important reminder of the urgent need to invest in sectors that are not vulnerable to the consequences of climate change.

The onset of the pandemic, however, has led to government time and resources being diverted away from the climate agenda to be able to concentrate on containing the spread of COVID-19. Key climate change deadlines and conferences such as the COP26 – the most important meeting on climate change since the Paris Agreement – have also been pushed back; this is partly over fears that the UK government will not have sufficient time to form a climate change strategy that is strong enough to demonstrate the climate leadership expected from them.

The main concern of climate activists and experts alike has been the prospect of continuing for months on end with no real action towards tackling the urgent climate crisis. Other voices also doubted the investors’ commitment to the climate agenda: many critics believe that without pressure from governments, investors would waste no time in retracting from their climate change promises altogether.

We are now approaching the eighth month of the year and, as it stands, investor interest in climate change goals has not fallen drastically, as expected by some. According to a report by BlackRock, ESGs have been surprisingly resilient in spite of the pandemic. Companies across the world have also witnessed the largest proportion of their shareholders voting in support of climate change proposals.

The cost of climate risks

This outcome is driven partly by the realisation that investors can incur large losses as a consequence of lack of preparation for major crises. The pandemic has offered a particularly important lesson for investors: whilst businesses in the retail and airline industry experienced an enormous drop in their stock prices, sustainability-focused funds attracted a record amount of capital in the first quarter of this year.

As with the climate crisis, we have received plenty of warnings of the risk of a pandemic outbreak over the years. In 2018, Bill Gates, the founder of the Gates Foundation, a major player in the health sector, warned that the world was making insufficient progress in its “pandemic preparedness”. He went on to explain how “the next threat may not be a flu at all. More than likely, it will be an unknown pathogen that we see for the first time during an outbreak, as was the case with SARS, MERS, and other recently-discovered infectious diseases.” The UK government’s most recent National Risk Register publication from 2017 also highlighted the increasing risk of “emerging infectious diseases”.

When it comes to climate change, the response from investors seems to increasingly be: we don’t want to be this unprepared for a crisis again.

Earlier in March, representatives of major pension funds in Japan, the UK and the US, signed an open letter calling on other asset managers to “keep short-termism at bay” and “drive sustainable economic growth”. They quoted figures on the potentially colossal economic fallout estimated by Moody’s Analytics, who warn that climate change could potentially destroy $69 trillion in global economic wealth by 2100.

Meanwhile in the US, lying at the core of the many demands being made by major investors to Federal agencies across the country is a call to mandate the disclosure of climate threats that companies are facing – a move that would help investors to make decisions more in line with international climate goals and to avoid sudden drops in stock prices as the world transitions to a low-carbon economy.

But despite the rising demand amongst investors for transparency, most businesses and governments across the world are not required to disclose this information. Although the Bank of England published its climate risk assessment of its investment portfolio (for the first time) last month, very few companies are currently meeting the standard. According to a survey of 500 businesses in the UK conducted by the AI firm Cervest, only 10% of businesses report that they are already measuring and publicly disclosing their climate risk or consider it a priority.

A fifth-year law student in Australia, Katta O’Donnell, has decided to take legal action against her government over failures to disclose assessments of how climate change may affect the value of government bonds, arguing that she is entitled to be “aware of the risks to [her] money and to the whole of society and the Australian economy”. According to experts, this is the first lawsuit of its kind.

Government bonds can decline in value if investors doubt the ability of a government to repay. Given the criticism of the Australian government’s handling of the bushfires and stance on climate change, the country’s long-term ability to adjust to and address climate change is already in question. As O’Donnell’s lawsuit alleges, lack of transparency on future climate risks prevents investors from being able to take climate change seriously.

At the time of writing, the Australian Treasury has not yet properly responded to the lawsuit.

Nonetheless, there are some silver linings: as part of its Green Finance Strategy, the UK government has pledged to mandate the disclosure of climate risk assessments for the largest businesses within the next few years. An amendment to the upcoming Pension Schemes Bill will also legally require all UK pension schemes to evaluate and address their exposure to climate change risks, a world-first for pension schemes.

Perhaps leading the way on this front is the government-run Nest, the largest pension scheme in Britain, who announced a number of striking changes to its climate policy this week which aim to steer the company towards a carbon-neutral portfolio. One of the major steps includes the redistribution of approximately 45% of its portfolio (worth £5.5 billion) towards companies that use “climate aware” strategies. Nest estimates that this will provide a benefit equivalent to having 200,000 fewer cars on the road or using renewable energy to power 50,000 households.

It is assessments like these which will help to quell the concerns of investors as well as young people such as Katta O’Donnell, who no longer want to be kept in the dark with regards to their own vulnerability to climate change. Pension funds are arguably a great, and intergenerationally fair, place to start, with pension schemes in the UK alone already managing assets worth over £1.6 trillion.