After a lengthy public consultation, the BBC has announced that it intends to means-test the free TV licence for over-75s. David Kingman explains why IF believes this was the right decision for the Corporation to come to 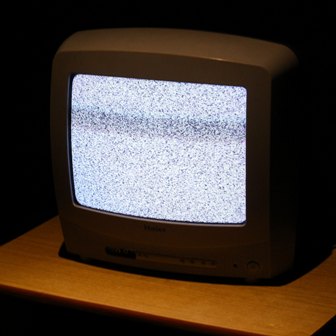 After a lengthy public consultation on the future of the free TV licences scheme for the over-75s, the BBC announced on 10 June that the benefit will become means-tested in the future.

Under the BBC’s new plans, from June 2020 only pensioner households which contain at least one over-75 who receives Pension Credit will be eligible to get the free TV licence.

IF has long made the argument that, although the BBC was faced with a very difficult decision when it was asked to adjudicate on the future of the free TV licence for older households, there is a strong case for means-testing it on intergenerational fairness grounds.

Given that the BBC’s decision has come in for some sharp criticism since it was announced, we thought it was worth going back over the arguments in favour of means-testing, as it appears that the BBC ultimately found them convincing.

How did we get here?

To put this debate in its proper context, the TV licence fee concession was created by the then Labour government in the year 2000, and granted every household in the UK which contained at least one person above the age of 75 a free TV licence.

How the scheme worked was that the central government effectively reimbursed the BBC for its lost income from not charging these households for their TV licence, and these older households were able to make full use of all the BBC’s services for free.

We’ve written about how the free over-75s TV licence highlights some of the oddities of the BBC’s funding model on a previous occasion, but it’s important to emphasise that the over-75s are virtually the only social group who receive a concessionary TV licence. For nearly everyone else, the TV licence fee operates as a regressive poll tax which every household that wants to watch TV has to pay, regardless of either their financial circumstances or the amount of BBC services they consume. Watching BBC programmes either live or using catch-up services if you don’t have a licence fee is a criminal offence.

The event which was responsible for triggering the current debate on the future of the over-75s’ free TV licence occurred back in 2015, when – as part of the routine negotiations between the BBC and the government over the future level of the licence fee – the government managed to persuade the BBC to accept responsibility for paying for the cost of the concession out of its own resources from 2021/22 onwards.

The implications which this commitment had for the BBC were drastic. Research which the BBC commissioned from an independent consultancy company, Frontier Economics, showed that by 2021 free TV licences for the over-75s would be costing the BBC £745 million per year. This implied that the BBC would need to reduce all other BBC expenditure by around 20% in order for them to be able to carry on providing the free TV licence to all households containing someone above the age of 75.

To put this figure into context, the amount which the BBC would need to save would currently account for the entire budget of BBC Radio (£640 million) as well as a big chunk of what the Corporation spends on BBC Online and the Red Button (£285.6 million), according to the National Audit Office.

Underlining the seriousness of the implications for the BBC, the commitment to provide a free TV licence for all households containing somebody over the age of 75 was completely open-ended. As the number of households containing someone who is aged 75 or over is forecast to keep growing because of the UK’s ageing population, so too would the cost facing the BBC if it had to keep giving them free TV licences.

The huge cost of continuing with the free TV licence in its current form clearly confronted the BBC with a major dilemma: it had to choose between making more over-75s pay for their TV licences (which would obviously not be a popular move) or hugely cutting back its services.

This decision also touches on two much larger debates.

Firstly, the growing salience of intergenerational inequality as a political issue, as funding the free TV licence for the over 75s out of the general licence fee would imply a large financial transfer from younger to older viewers.

Secondly, the debate about the BBC’s future role within a rapidly changing media landscape, where it is attempting to fend off competition from disruptive new entrants such as Netflix and Amazon Prime, whose programmes tend to be more popular than the BBC’s with younger audience members.

As part of the agreement which the BBC made with the government in 2015, the BBC was granted the flexibility to alter the TV licence concession in various ways (including either means-testing it for the first time or abolishing it completely).

In November 2018, the BBC launched the largest public consultation exercise which it has ever undertaken, which asked the public to give them its views on pursuing a number of different reforms that had been costed for them by Frontier Economics, including keeping the current concession and cutting other BBC services, means-testing it or abolishing it completely.

In our response to the BBC’s public consultation, we argued that there were no convincing arguments for maintaining a universal free TV licence for the over-75s if it would mean cutting other BBC services in order to do so, so it should be either means-tested or abolished completely.

We made three arguments which we believe weigh in favour of not maintaining the universal free TV licence for the over 75s.

Firstly, there is the issue of its high cost to the BBC, which the BBC itself pointed out in the consultation document would effectively mean there was a large cross-subsidy between younger and older licence-fee payers. This would amount to approximately £34 per year from each younger household (or, to put that another way, it would mean that roughly 22% of the current licence fee payment from each younger household would go towards subsidising free TV licences for the over-75s).

The BBC has a public duty to serve all audiences across the UK, so having to fund the cost of free TV licences which only benefit one section of its audience would not help it to achieve this.

We also felt it was worth emphasising that, as older people are the biggest consumers of the BBC’s television programmes, they are likely to be among the biggest losers if the quality and quantity of the BBC’s output underwent a significant reduction in order to fund free TV licences in the future. So it is arguably not really in older people’s interests to maintain the current TV licence fee concession.

Secondly, there is a strong intergenerational fairness argument against maintaining the universal free TV licence.  One of the main reasons for giving the over-75s a free TV licence in the first place was that – when the benefit was first introduced – this age group was disproportionately likely to be living on a low income.

However, applying the same argument to the present ignores the fact that there has been a remarkable (and of course welcome) decline in pensioner poverty over the period in which the free TV licence has been in existence. According to government data, in 1999/2000 28.7% of individual pensioners lived below the government’s official poverty threshold, whereas the latest available data (for 2016/17) show that only 15.8% are currently living in poverty.

As there is no means-testing of the TV licence for any other social group, there is no longer a convincing argument that the over-75s should get one when households containing children, for example, do not, even though they are more likely to be living in poverty.

Thirdly, defenders of the universal free TV licence for over-75s often argue that television provides a vital source of companionship for older people who are socially isolated. However, although loneliness clearly is a serious problem which affects some older people, Frontier Economics argued (in its report for the BBC) that loneliness doesn’t only affect older people, and there is also little evidence that the free TV licence is an effective means of combatting loneliness in comparison to its cost:

“…while it is credible that television can be a form of companionship and help reduce feelings of isolation, as reflected by the comments made by a number of stakeholders, there is as yet little compelling evidence that there are significant external benefits which would support a case for a universal concession for over-75s.

“This does not mean that television does not help promote improved quality of life or well-being for those who rely on it, and being older (over 75 or particularly over 80) appears to be an imperfect proxy for relying on television. Of course, other groups vulnerable to social isolation, such as younger people with disabilities, do not benefit from a concessionary licence.” (p.22)

The BBC’s eventual decision to means-test the free TV licence has drawn quite a negative reaction from across the political spectrum. It is also not the cheapest option which the BBC could have chosen, as it could still cost the BBC an estimated £250 million per year depending on take-up.

However, although this was clearly a difficult decision which the BBC did not take lightly, we feel there was a strong case on intergenerational fairness grounds for removing the universal free TV licence.

Although there were good arguments for abolishing it completely, the option which the BBC has chosen should strike an important balance between protecting the poorest over-75s from a sudden increase in their living costs and enabling the BBC to carry on producing high-quality output which can be enjoyed by people of all generations.