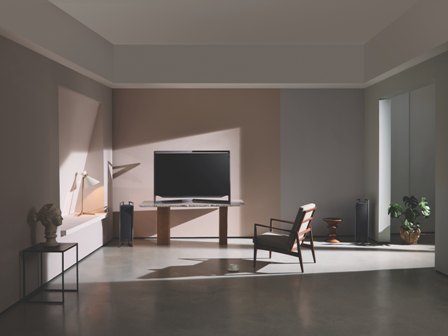 The people charged with running the BBC are going to have a very big decision to make in the not-too-distant future which will have major ramifications for the future size and scale of the UK’s national broadcaster. Back in 2015, when the last BBC funding settlement was announced, the government quietly handed over responsibility for funding free TV licences for the over-75s to the Corporation as a condition for setting its next budget, although the obligation to do so won’t fully kick in until 2020/21. As this article will explain, this policy change potentially has enormous economic implications for the BBC, unless the free TV licence for the over-75s is reformed in some way that reduces its cost. How expensive could this be for the BBC, and what options does the Corporation have?

How does the licence fee work?

As most people are probably aware, the BBC is funded mainly via the TV licence, an annual payment which is essentially a compulsory tax on watching television. The full complexities of the system are quite fiddly, but in essence any household where people want to be able to watch television either live, recorded or via a catch-up service in the UK are legally required to have paid the licence fee, which currently costs £150.50 a year if you want to watch in colour. This provides roughly three-quarters of the BBC’s budget of around £3.7 billion per year, with the remainder being funded mainly by the BBC’s commercial arm and from other revenue-raising activities.

From an economist’s point of view, the licence fee’s design is far from perfect. It is to all intents and purposes a regressive poll tax, because almost all households are required to pay the same amount regardless of their ability to pay, and although it is fully hypothecated to pay for a specific service there is no relationship whatsoever between how much someone has to pay and how much television they watch; someone who watches 20 hours of live television per week would pay the same as someone who watches for 5 minutes.

It is also only compulsory in order to watch TV, either live or on-demand, so somebody who owns a TV but doesn’t use it to watch any BBC programmes has to pay the licence fee whereas someone who doesn’t own a TV but makes great use of BBC Radio and the BBC News website instead does not, even though those BBC departments are also mainly licence-fee funded (indeed, until as recently as 2017 you didn’t legally need a TV licence if you only watched BBC programmes via catch-up on a computer rather than through a television, although that has since been reformed).

The only major exception to the universality of the TV licence is that since 2000, households containing anybody who is over the age of 75 have been exempt from having to pay it, regardless of their level of income. This currently costs the government about £725 million per year in lost revenue which they have previously made up for the BBC, but as mentioned above, from 2020/21 the burden of doing that will fall entirely on the Corporation’s budget instead. This change is far from a mere accounting exercise: whereas £725 million is pretty small beer in the context of overall government expenditure, it equates to almost a fifth of what the BBC currently spends in a year. The full financial implications that maintaining the status quo could have were laid bare in a report which the Corporation commissioned from Frontier Economics (a private sector economics consultancy that is politically neutral), which showed that by 2021 free TV licences for the over-75s are forecast to cost £745 million per year, which would mean cutting all other BBC expenditure by around 20% in order for them to be able to carry on providing it as under the present system.

To emphasise how dramatic this level of retrenchment would be, the amount they would need to save would currently account for the entire budget of BBC Radio (£640 million) and a big chunk of what the Corporation spends on BBC Online and the Red Button (£285.6 million) as well, according to the National Audit Office. And as things stand, the liability is completely open-ended: as the number of households containing someone who is aged 75 or over is forecast to keep growing because of the UK’s ageing population, so too would the cost facing the BBC to keep giving them free TV licences.

Ever since this change was first announced, the BBC’s leadership has made it clear that the free TV licence for over-75s might no longer be maintained once the Corporation is responsible for funding it, on the grounds that imposing such a massive cost on the BBC would fundamentally compromise its ability to meet its official remit. Although the Corporation hasn’t issued any public statements indicating what it plans to do, legally it will have full control over deciding whether there should be any sort of older person’s discount on the licence fee from 2020 onwards, and – if there is – then what form it should take.

The Frontier Economics report that the BBC commissioned strongly emphasises the issue of intergenerational fairness; for example, it points out that when the scheme was first launched back in 2000 not only was it almost two-thirds cheaper (at a total cost of “only” £365 million in its first year), but at that time almost half of eligible households (46%) were in the two lowest income deciles, compared with less than a third (32%) in 2017, because of rising incomes among this demographic. A range of possible options confronts the BBC, which Frontier Economics is expected to lay out in a follow-up report that will be released in the near future. It seems very likely that the BBC will have to reduce its generosity towards the over-75s to some degree, although it is unlikely to scrap the free TV licence completely because of the risk of alienating a key section of its audience; the obvious answer is to introduce some form of means-testing so that the poorest over-75s are still sheltered from the cost of paying the licence fee in future.

However, the Corporation’s freedom of manoeuvre is also limited by the peculiarities of how the licence fee system works, because while it can choose whether there should be a discount for older people, they cannot legally start introducing means-testing for any other group within society, even though the logical thing to do would be to means-test it for people of all ages rather than just means-testing it for one specific age group.

Make sure you have your say

Although free television licences for the over-75s may seem like a relatively minor issue in the grand scheme of intergenerational inequality, the politics of it are fascinating.

In democratic systems, governments are always confronted by the temptation to create new financial giveaways which benefit favoured groups of voters, because the benefit of doing so is usually fairly immediate (success at the next election), while the long-term costs – financial or otherwise – and the political pain of having to go back on these policies will usually be borne by a different set of politicians who are in office years later. Benefits for older people are particularly difficult because of the political power wielded by the grey vote, especially when the government which is in power is reliant upon older voters. This makes the government’s decision to pass this burden on to the BBC especially interesting; a cynic might argue that they performed a political masterstroke, because they have created a situation in which either the BBC will end up taking virtually all of the flak for getting rid of free TV licences rather than the politicians, or the Corporation will end up making a series of very large self-imposed cutbacks (which many on the political right would regard as a desideratum).

The BBC certainly faces a dilemma on this issue, because it must either deliver a direct financial hit to its most loyal viewers (the average BBC viewer is now 61, and only 60% of Britons aged 16–34 currently watch BBC television each week compared with 93% of over-55s), or self-impose cutbacks the scale of which would ultimately make it even harder for the Corporation to compete successfully with newer media firms in the battle to appeal to the younger audience (in sharp contrast, the subscription service Netflix – whose cheapest annual subscription costs only half as much as the BBC licence fee – is estimated to be spending over £10 billion ($13 billion) on creating original content this year).

The viewing public will be given a chance to have its say about what the BBC should do when the Corporation launches a major public consultation on this issue between now and 2020. We would urge everyone who is concerned to participate in this consultation, as this question will have a big impact on the size and shape of the BBC in the years ahead.

Photo by Loewe Technologies on Unsplash