Following the publication of a report from Frontier Economics which lays out the cost of different options for replacing the free TV licence for the over-75s, David Kingman looks at what each of the options might cost 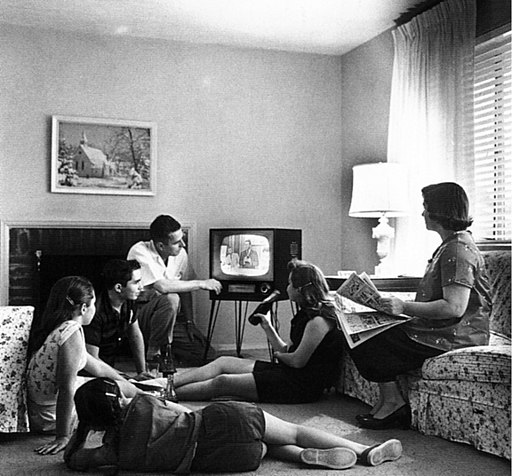 Several weeks ago, IF published an article which set out the looming dilemma which is facing the BBC over how it should replace the scheme which currently gives all households where someone is over the age of 75 a free TV licence. To recap, the problem the BBC needs to address is that, whereas the over-75s concession was previously funded by central government, from 2020 onwards the BBC will have to accept responsibility for paying for it under the terms of a deal it was compelled to strike with the government in 2015 to ensure its next funding settlement.

Maintaining the status quo would immediately have very large financial implications for the Corporation, as the current cost of free TV licences for the over-75s is nearly £750 million, which would amount to almost 20% of the BBC’s entire operating budget (that’s more than it spends on the whole of BBC radio each year, for example), and, because this is a completely open-ended liability, this cost would rise in line with the growing share of the population which is over-75, to over £1 billion by the end of the next decade.

Our previous article on this subject argued that the BBC faces a stark choice: either make substantial cutbacks which would significantly alter the size and scale of the services which the BBC can provide, or find some way of reducing the cost. From a legal point of view, the BBC does have the power to change the over-75s concession so that it could be made less generous (or indeed, abolished completely), but the BBC decision-makers who are responsible for solving this problem must be wary of the reputational damage which they could suffer amongst the age group which makes up the most devoted share of their audience if the concession is taken away from them.

How should the BBC square this circle? Ahead of a major public consultation which the BBC intends to carry out with the general public, they commissioned the economics consultancy Frontier Economics to estimate the costs of different possible courses of action. Since IF first wrote about this issue, Frontier Economics have published their final report, which explains in exhaustive detail the trade-offs which different reforms to the free TV licence would entail and estimates their respective costs, although actually recommending which of these options would be most desirable was not part of Frontier’s brief.

What are the main options, and how much could each one cost?

Frontier Economics was asked by the BBC to assess possible reforms to the free licence fee for over-75s against four different criteria: financial impact (on the BBC’s ability to provide high-quality services to the general public), distributional impact (the effect of potential reforms on different groups of older people), feasibility (costs that would arise from implementing any new scheme, for either the government or the BBC) and economic rationale (whether the reform makes sense in economic terms).

In its first report on this issue, which was a discussion paper that set out the broad economic and policy landscape against which any reforms to the free TV licence for over-75s would take place, Frontier Economics made a series of strong arguments against the economic or distributional rationale for maintaining the status quo which rested on the facts that (a) it would be hugely expensive to the BBC, (b) the incomes of over-75s have grown significantly more strongly than those of other age groups since the free TV licence was first introduced back in 2000, and (c) there doesn’t seem to be a convincing case for providing free TV licences specifically to the over-75s on grounds of economic efficiency because there is limited evidence that it generates positive externalities (spill-over effects) for the wider economy.

In case the BBC does decide to reform the free TV licence scheme, Frontier was also asked to estimate the costs of a range of potential alternative arrangements. As mentioned above, under current legislation the BBC is actually free to design any kind of concessionary scheme for the over-65s which it thinks would be desirable (note that it could give a concession to any age group above 65; the fact that the current free TV licence scheme applies only to the over-75s is just a legacy of the Labour government’s original decision in 1999).

As a starting point, Frontier Economics eliminated three options which get brought up fairly frequently in debates about this issue: firstly, restricting the free TV licence to households where everyone is over the age of 75 rather than just one person (rejected because it would create a fairly substantial new administrative burden without saving the BBC very much money); secondly, preserving the rights of everyone who currently gets a free TV licence and only changing eligibility to the scheme for new entrants (rejected because it would unfairly favour one specific cohort of older people and wouldn’t save the BBC any real money); and thirdly, allowing over-75s who wanted to pay for the TV licence to do so on a voluntary basis (rejected because it seems unlikely that many people would actually choose to do this, and setting up a payment mechanism would also create a large administrative burden).

Once these potential avenues for reform had all been eliminated, Frontier Economics looked in much greater detail at six specific ways of reforming the scheme, which are given below in ascending order of how much money Frontier estimated they would save compared with the future scenario in which the current concession was maintained in the year 2021/22 (which they forecast to be £745 million):

Raising the age of eligibility by two years would only achieve a saving of 13% compared with the status quo, and Frontier argued that it would also make the free TV licence slightly more regressive (i.e. beneficial to wealthier households instead of poorer ones), because wealthier people tend to enjoy higher life expectancy.

This option would save over twice as much as the one discussed above (35%), and would be better targeted towards older people who live alone (because the likelihood of someone living alone rises with age) but with the trade-off that it would be a little bit more regressive. Also, in the absence of any other reforms, both of these two options would still leave the BBC with an open-ended liability which would grow larger over time because of demography (the increasing size of the ageing population), without being responsive to other socioeconomic or policy factors.

As you would expect, this reform would save the BBC nearly 50% (precisely 44%, Frontier estimates) compared to the cost of the status quo, but it would arguably still be economically inefficient and intergenerationally unfair, as well as also creating a situation in which the liability would carry on increasing over time.

This would means-test the free TV licence so that it only goes to low-income pensioner households for whom the cost of paying for a TV licence is likely to be economically burdensome, and aligning it with State Pension Age would improve the rationality of the pensioner benefits system. However, this option would still be relatively expensive over the long-term because of the UK’s ageing population, saving 56% against the cost of the status quo.

This would means-test the free TV licence but keep the age of eligibility at 75, which is significantly cheaper than lowering it to State Pension Age (it would save 72%, or almost three-quarters of the total cost, compared with the status quo). Another positive argument in favour of means-testing is that it enables the scheme to be responsive to broader socioeconomic changes and shifts in government policy; for example, if more over-75s decide to carry on working over the coming years, then if their incomes go up it would reduce the demand for means-tested benefits, whereas it wouldn’t affect demand for old-age benefits which are just linked to someone’s age. The other benefit of means-testing using Pension Credit as an eligibility criterion is that it would enable the government to build on top of an administrative system which already exists, without having to absorb the cost of creating a new one.

There is actually a strong case this would be the most rational way of solving the problem. As Frontier Economics rather pithily summarises the arguments in favour of doing so, the “equity rationale [for an older person’s discount] has weakened; other rationales are not very compelling”. They estimate that this would save the BBC at least 90% of the cost of maintaining the status quo, but as explained in IF’s first article on this subject, there are significant political reasons why the Corporation probably won’t want to go through with this option.

As is always the case in economics, all the possible options which lie before the BBC would involve difficult trade-offs between cost, equity, feasibility and rationality. Bluntly, it seems inevitable that the Corporation is going to have to upset someone – either its core audience of loyal older viewers and listeners, at least some of whom will have to take a hit by paying for the licence fee for the first time, or the younger audience who, if the BBC swallows the whole cost of paying for free TV licences, are likely to receive less compelling content from a broadcaster which most of them already see as just one among many media outlets vying for their attention.

Reading Frontier Economics’s report, it seems that the most feasible option is likely to be to means-test the free TV licence in line with Pension Credit. Of course, that raises the obvious question of why it should be means-tested for poorer pensioners but not for poorer working-age households, but as the legislation stands the BBC doesn’t have the legal freedom of manoeuvre to introduce new TV licence concessions for any other age group (which seems bizarre).

As we said in our previous article on this subject, the BBC’s public consultation is expected to launch at some point in the coming months, and it’s vital that everyone who’s interested in this important issue has their say.