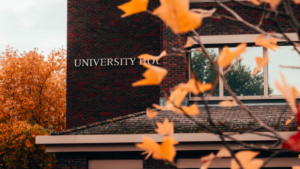 Yet another tax rise for graduates

The reforms to the education funding and student loan system are part of the government response to the Augar review, or Review of Post-18 Education and Funding published in 2019. Unfortunately for young people, the government plans to implement recommendations from the review which will have a negative impact on young people while abandoning other recommendations which would have helped graduates and future generations.

The upcoming changes will lower the income threshold for student loan repayments from £27,295 to £25,000 for those beginning their studies in 2023/24. This will bring many more graduates within the limit of the repayment threshold, effectively placing an additional tax on more young people, many of whom already struggle with rising living costs, tax increases and low discretionary spending.

COVID-19 generation to be hit hardest

The government has chosen to target school students applying to university in the next academic year (i.e. in 2023) which goes against government promises to “build back better” or “level-up” after the effects of the COVID-19 pandemic on this cohort.

According to the London School of Economics (LSE), pupils across the UK lost out on a third of their learning time since the pandemic started, even once learning at home was taken into account. It therefore seems particularly intergenerationally unfair that these school children should also be hit by unprecedented student loan burdens.

Paying back until retirement?

Most horrifying for future graduates is the government announcement that the repayment term will be extended from 30 years to 40 years. This means that unpaid student loan debt for someone who went to university straight after school will not be written off until they are in their 60s, just a few years prior to retirement.

The longer loan term will impact low- and middle-income graduates the most, as it will effectively extend the amount of time the additional “graduate tax” will be imposed on borrowers by 10 years, while higher-paid graduates will be able to pay the debt off earlier and will suffer less from the extension.

For example, a graduate who earns a starting salary of £30,000 will see their lifetime student loan repayments increase from £29,000 under the current system to £68,000 under the new system, using the following assumptions: 3% annual pay increase; a repayment threshold increase of 2% annually; 3% RPI; and a student loan debt of £45,000 at the time of graduating.

Under the same assumptions, someone with a starting salary of £50,000 would have their lifetime repayments almost halved under the new system, from £109,630 under the current system to £61,743 after the reforms.

Instead, it will merely shift a larger proportion of the burden on to low- and middle-income graduates. Therefore, while the government claims that the problem of student loan debt will not be “passed on to future generations”, the reality is that it is precisely future generations and young people who will bear the burden of these reforms in particular, and of the continued financialisation of education in general.

The few positive changes are not nearly enough

A small concession given by the government is a reduction in the amount of interest levied on student loans. Student loans will be charged interest based on the Retail Price Index (RPI) + 0% rather than the current, and exorbitant, RPI + 3% when studying, and RPI + up to 3% once graduated.

While it should be welcomed that the interest rate at which student loan debt is charged will be decreased from RPI +3% to RPI +0%, this is of little joy to those who will not be able to pay their debt in full either way. Additionally, the government continues to use the discredited inflation measure of RPI instead of the more legitimate Consumer Price Index (CPI) for raising student loan interest rates. This is problematic because RPI is typically about 1 percentage point higher than CPI, impacting graduates more negatively than if CPI was used to calculate interest rates.

Furthermore, the recommendation by the Augar review to lower tuition fees has not been included into the reforms. While a small reduction of fees would not go far enough to reduce the intergenerational injustice of the student loan system, it would nevertheless have been a small step in the right direction: IF fundamentally believes that tuition fees should be scrapped in full, and education paid for by a progressive taxation system.

End the financialisation of education

Essentially, this reform will lead to low- and middle-income graduates effectively having to pay a 9% “graduate tax” for practically their entire working lives, instead of the previous repayment term of 30 years, which already was unfair for graduates, particularly those on low or middle incomes. The misconception that all graduates walk into high-paying jobs is a myth today, as we have seen the graduate premium erode over time.

We must put an end to the marketisation and financialisation of education and recognise education as a public good without burdening young people with unsustainable and intergenerationally unfair levels of borrowing. We can only do this by sharing the cost of educating our future workforce in a fair way, through progressive taxation and taxing of assets, rather than the further taxation of earned income and the burdening of young people with even greater levels of debt.

These proposed changes to the student loan system are a step in the wrong direction, a set of reforms that are highly unfair for young people and future generations.

Photo by Alex Motoc on Unsplash