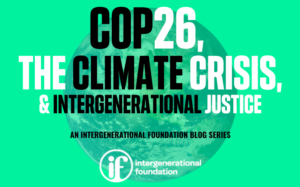 COP26 is an annual UN climate change conference that brings country leaders together in order to help to prevent climate change. There are four goals: The first is to secure global net zero and keep the target of a rise in global temperature of no more than 1.5 degrees within reach. The second goal is to help communities to adapt to climate change, become resilient, protect and restore habitats and communicate what they need to adapt. The third goal is to use public finance for the development of infrastructure to transition to a greener and more climate-resilient economy and private finance to fund technology and innovation.

The final goal is to finalise the rules needed to implement the Paris Agreement, called the ‘Paris Rulebook’, which includes: creating a robust system of carbon credits that supports the move to net zero, creating a universal system that encourages all countries to keep to their commitments, and keeping governments on track to keep the 1.5 degrees target alive.

In September 2021, Secretary-General of the United Nations (UN), Mr. António Guterres, made this statement:

“Based on the present commitments of Member States, the world is on a catastrophic pathway to 2.7-degrees of heating, instead of 1.5 we all agreed should be the limit. Science tells us that anything above 1.5 degrees would be a disaster. To limit temperature rise to 1.5 degrees, we need a 45 per cent cut in emissions by 2030 so we can reach carbon neutrality by mid-century. Instead, the commitments made until now by countries imply an increase of 16 per cent in greenhouse gas emissions – not a decrease of 45 percent – an increase of 16 percent in greenhouse gas emissions in 2030 compared to 2010 levels. This means that unless we collectively change course, there is a high risk of failure of COP26.”

Guterres could not have been more blunt. The failure of governments in advanced or developing economies, of global businesses, of political parties, of individuals to change their behaviour, has resulted in an erosion of trust in the process and a public pessimism that global vested interests will continue to prioritise profit-seeking thereby leaving our children, grandchildren, and future generations to deal with the catastrophic effects that climate change will impose on people around the globe.

With Prime Ministers, Presidents, Royalty, 200 countries represented, and the obligatory “family photo” taken, COP26 opened with the usual fanfare. While Her Majesty, the Queen, hoped that the assembled world leaders would “answer the call of future generations”, and Boris Johnson warned that younger people will judge leaders “with bitterness and resentment” if the climate crisis is allowed to further unravel, it was climate activist, Greta Thunberg, who summed up the wider public’s exasperation over the empty rhetoric of previous COPs with just five words: “No more blah, blah, blah.”

Still not at the table

And who can blame her for those words? The leaders of two of the world’s largest polluters, Russia and China, have both refused to attend COP26, with neither announcing any new climate commitments beyond reaching net-zero emissions by 2060, a decade later than many major economies. It is worth bearing in mind that under the 1992 United Framework Convention on Climate Change (UNFCCC), every country is bound by treaty to “avoid dangerous climate change”.

Sadly, if the largest economies refuse to participate, push the time horizons, push blame on to other countries, or deny any culpability themselves, the more public trust in the COP26 process is likely to be undermined which in turn removes the motivation for governments to act, and for citizens to make personal changes.

Before we become too pessimistic, there are glimmers of hope that some progress may be made. Already there has been some good news: India, the world’s third-biggest emitter, has committed to 50% of the country’s energy coming from renewables by 2030, up 10% on the level announced in 2016. While not reaching net zero emissions until 2070, India has also committed to reducing emissions per GDP unit by 45% from 2005 levels.

Meanwhile, Joe Biden, President of the United States, continued to commit the USA to reducing greenhouse gas emissions to 52% by 2030 but sadly did make further commitments at this year’s event.

Expect to hear much about putting a price on carbon emissions – much loved by Angela Merkel, or calls for the same purse strings opened to combat COVID-19 being opened again for climate change. Expect to also hear from the financial industry, institutional investors and corporates, waking up to the fact that “greenwashing” is bad for business.

While critics have been quick to respond that the targets announced do not go far enough, 40 asset managers out of 200 signed up so far, have publicly committed to a 30-65% reduction in carbon emissions in the next 8 years on the portfolios they manage. Along with shareholder action and people-power, corporates can be pushed to produce more environmentally-friendly products within more sustainable and environmentally-friendly supply chains.

The elephant in the room will continue to be how to get countries to move equitably from fossil-fuelled to clean, green energy, across the advanced and developing world. G20 members represent 80% of greenhouse gas emissions and how they alter the production of their energy is crucial to slowing and stopping climate change.

One of the biggest stumbling blocks is how to shift away from fossil fuels and phase out coal use. OECD nations need to end coal use by 2030. Developing nations need to follow suit by 2040. It was therefore ironic that our Prime Minister, in the week before hosting COP26, announced that his government would reduce duty on fossil-fuelled domestic aviation rather than using the existing duty to fund more environmentally friendly and sustainable ways to get around the UK.

The blogs you will read over the coming days will look at how the climate crisis is affecting younger and future generations, be it deforestation, rising sea levels, catastrophic heatwaves and heavy rain events.

All the contributions will be calling for greater solidarity with younger and future generations, calling for long-term investment over short-term gain, and investing in renewable energy towards a green transition that protects our children and grandchildren better.