April 22 is Earth Day and the theme for this year’s event is “Restore Our Earth”. IF senior researcher, Melissa Bui, discusses the need for long-termism in policy-making in order to be able to shift our approach towards restorative strategies rather than mitigation or adaptation. 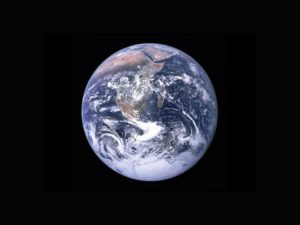 The time to celebrate Earth Day has come around once again. Taking place on April 22 each year since 1970, Earth Day is an annual event dedicated to the global environmental movement.

Since its inception, it has become a global affair, with approximately 192 countries participating in related activities each year and organisations and world leaders choosing this day to commemorate key environmental milestones, such as the signing ceremony for the Paris Agreement.

The theme for this year’s Earth Day is “Restore Our Earth” and has been chosen to give a spotlight to crucial solutions that can help to – you guessed it – restore the natural environment. Discussions on the different types of restorative solutions available to us will take place at the Earth Day Live event scheduled for April 22 in an effort to encourage a shift away from approaches that focus almost exclusively on mitigation or adaptation.

Unfortunately, as an organisation that has been pushing for intergenerational fairness for almost a decade, IF has too often witnessed short-term solutions and policy outcomes being prioritised over the long-term. Having responded to government consultations on long-termism in the past, we have examined how short-termism in policy-making has brought forward intergenerational injustices in a range of policy areas including the environment, but also in housing, pensions and social care.

You only need to look at government spending to see that this is the case. Spending on environmental protection still does not exceed 1% of real GDP (£14.5 billion in 2018) and accounts for just 1.7% of total government expenditure. That is not much higher than the amount of taxpayer money being spent on subsidising the aviation industry through zero-rating VAT on airline tickets and tax-free fuel.

In 2012, IF estimated that this costs the government £11 billion per year, which is now equivalent to approximately £13 billion in 2020 prices. This spending keeps the price of flying artificially low and serves as an effective subsidy for one of the most polluting industries in the UK. When our report was released, it was estimated that tax subsidies to the airline industry effectively lowered ticket prices by approximately £100 (£120 in 2020 prices).

Although the UK has managed to cut emissions by 37% compared to 2005 levels, despite experiencing a 21% growth in real GDP, this has been primarily achieved through mitigation and adaptation strategies such as the reduction in coal-powered electricity generation and introducing “cleaner” industrial and manufacturing processes. Long-term reductions in emissions can be achieved through investing in restorative technologies, regenerative agriculture and reforestation efforts.

The findings of our latest report, Age bias: how government spending is skewed against the young, suggest that these spending choices are characteristic of the more general bias in government spending that places the needs of younger (and future) generations at the back of the queue, with the gap in spending between younger generations and pensioners having doubled over the past decade

As the COVID-19 crisis has shown, decades of underspending on current and future generations has left young people vulnerable to crises – both economically and mentally. With climate change education barely part of the national curriculum in the UK, younger generations also have to rely on themselves (and independent organisations such as the team behind Earth Day) to be informed about the climate crisis to come.

To address this issue, the global union federation of teachers’ trade unions, Educational International, held the “Teach for the Planet: Global Education Summit” on 21 April 2021. The summit highlights the important role that educators play in combating climate change and calls for better and more institutionalisation of climate change education, with countries, such as Italy and more recently New Zealand, leading the charge on taking steps. But many more countries need to join.

The good news is that the window of opportunity to make climate change lessons compulsory and to carry out a green recovery is still open.

Photo courtesy of NASA on Unsplash.