The Children’s and Young People’s Mental Health Coalition (CYPMHC) released their first annual report last week. The report collates the views and evidence submitted by over 200 coalition members, including IF’s, on the state of children’s and young people’s mental health, the effectiveness of current services and initiatives, and how we can move forward given the disruption caused by the pandemic. IF researcher Melissa Bui outlines the core messages 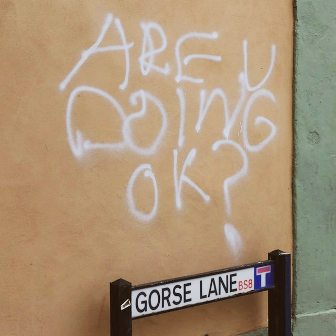 With regard to the mental health of children and young people, COVID-19 has made a bad situation worse. This is one of the key messages of the Children’s and Young People’s Mental Health Coalition’s (CYPMHC) first annual report, which is based on a review of the research and expressed views of more than 200 organisations across the country. A nationwide study conducted by one of the members of the coalition, Barnardo’s, found that the mental health of over a third of children and young people had worsened during the lockdown.

Unfortunately, this has coincided with a disruption to services, with some areas experiencing large drops in the number of referrals of children and young people in need. Youth services are also anticipated to take a blow, with 88% of youth service workers surveyed by UK Youth reporting that they will be likely or very likely to reduce services because of the pandemic.

Nevertheless, the CYPMHC also marks this period as an opportunity for change. The pandemic has called for greater cooperation and innovation between and from service providers, which have not only positively impacted some children and their families, but also demonstrate our capacity to reshape services for children and young people.

Why has mental health worsened?

As one would expect, restricted access to outdoor space, lack of face to face interactions, and disruptions to mental health services have all contributed to the deterioration in the mental health of children and young people.

Although the transferral to online mental health services has helped to partly mitigate this deterioration, the response to digital services has been mixed. For some, digital mental health services have allowed young people and parents to attend sessions where previously travel and time constraints had rendered attendance impossible. However, early evidence also suggests that digital services are not a realistic alternative to others. For instance, a lack of privacy within their household can make it difficult for young people to talk freely about their mental health problems from home.

A less discussed and emerging area of research that the annual report sheds light on is the impact of the pandemic on sleep. Disrupted sleep was quoted as one of the two most common problems for children and young people in Barnardo’s nationwide study. It can have potentially long-term effects not only on wellbeing, but also on educational development, on ability to manage one’s emotions such as anxiety, as well as on the health of other family members.

Investigations into the impact of the pandemic on children and young people is not complete without an examination of how sleep patterns have been affected and what their likely consequences will be.

Although it is unclear when things will return to “normal”, a worrying report suggests that some provision of services for young people will continue to worsen as time progresses. Unfortunately, mental health services were already falling short of meeting needs prior to the pandemic due to a lack of proper training and investment in children and young people.

In a survey of GPs carried out by YoungMinds, confidence amongst GPs in the benefits of referring patients to Child and Adolescent Mental Health Services (CAMHS) was low; only 10% felt positive that doing so would lead to treatment. Their findings suggest that this is a consequence of a lack of preparedness, as only 20% felt that they had adequate training in responding to mental health problems exhibited by infants, children and young people.

Members of the CYPMHC also have little faith that current government mental health initiatives will sufficiently fill the funding gaps. Only 26% of coalition members were confident that the funding commitment outlined in the NHS Long Term Plan, which promises government expenditure of at least £2.3 billion annually by 2023/4, would be effective.

Recent research conducted by IF, set out in our report “Costing Young Minds”, which was also cited in the CYPMHC report, suggests that the government has a vested interest in investing in mental health at an early age. The research examined the fiscal consequences of the lack of spending on young people’s mental health by comparing the outcomes of people with and without depression and how that affects their tax contributions and consumption of public services.

Our report finds that the government loses almost £3 billion in net tax revenues from a single cohort as a result of insufficient spending on young people’s mental health. This is because mental ill-health at early ages can have consequences on an individual’s productivity, receipt of benefits and use of health services over the course of their lifetime. If left to worsen, mental health problems amongst young people can lead to a net loss of up to £5 billion.

The key role of schools

COVID-19 has made the need to invest in mental health more urgent. Investment within the educational context was seen as the biggest priority amongst 30% of coalition members. Schools are already under pressure to help children catch up with months of missed education. Pupil attendance of online lessons during the pandemic has been low across the board: a study by the Sutton Trust found that only 30% of middle-class pupils attended classes on a daily basis; however, the rate was considerably lower for children from working-class households at 16%.

Although important, the report suggests we need to be careful not to focus too much on raising attainment levels, which is currently the case with Ofsted assessments. For schools to fulfil their key role in preventing the escalation of mental health problems, they need to give children ample time to enjoy the aspects of (what was previously) normal life again, including enjoying outdoor spaces and socialising with friends.

A way to firmly establish the importance of mental health in our long-term strategy would be to ensure that mental health needs become a part of assessments in schools. In the short run, the coalition calls for a moratorium on school exclusions to make sure that all children have access to these school resources.

A window of opportunity

Despite the concerning disruption to mental health services, the CYPMHC believes that the pandemic has signalled our capacity for innovation and cooperation. Local authorities have been more effective in sharing data on young people’s mental health, which has smoothened transitions between different providers and improved the cohesiveness of services for young people. The Sleep Charity also found that providing digital services actually allowed some parents to engage with their service where they wouldn’t have otherwise.

As the annual report argues, the “Lockdown Generation” does not need to have a negative connotation. If we take this opportunity to learn from past experience and prepare for future problems, this generation could potentially be remembered as the first to have their mental health services transformed.

Photo by Jerome on Unsplash: https://unsplash.com/@jrmswny