After nearly three months of extreme social distancing in the UK, more and more data are beginning to emerge which highlight the severe negative impact that the pandemic is having on the UK economy. Given that we are likely to be paying for the financial cost of fighting COVID-19 for years to come, how big is that cost likely to be? David Kingman looks at what we know so far 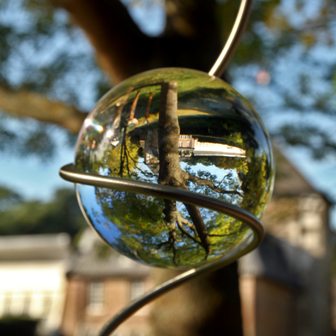 Just in case the scale of the toll which the COVID-19 pandemic is taking on the UK economy wasn’t already apparent to everyone, the release of the monthly statistics on public sector finances from the Office for National Statistics (ONS) on 22 May should have rammed the point home once and for all.

The Office for Budget Responsibility (OBR) now estimates that government borrowing for the whole of 2020 could amount to almost £300 billion, which would be more than five times the amount that Chancellor Rishi Sunak said he expected it to be at the Budget speech in early March. It shows how the government’s fiscal projections have been completely upended by the COVID-19 crisis.

These statistics raise some important questions regarding how large the long-term hit to the UK’s public finances from COVID-19 is likely to be and how much of it will ultimately be passed on to future generations for them to pay off. This blog post will look at what different forecasters currently think might happen.

The first answer to these questions is that nobody knows what’s going to happen. However, several major institutions have now produced forecasts for possible illustrative scenarios; these offer a view of what might happen under one possible trajectory which future events could follow, and what the knock-on ramifications of these scenarios would be.

The OBR had already published their first illustrative scenario, which we looked at several weeks ago. Since then both the Bank of England and the global consultancy firm KPMG have weighed in with their attempts to forecast what might happen. While the scenarios which these three organisations have mapped out differ in some important respects, they do highlight what some of the key parameters are for thinking about what might happen in the future, particularly what this could mean for the national debt.

All three scenarios which these different organisations have analysed would involve a drastic short-term collapse in economic activity during the lockdown, increased unemployment and much higher government borrowing than previously expected. They then expect the UK to emerge from lockdown at different speeds and in ways which would have somewhat different implications for the extent to which the UK economy will recover (and thus for how unemployment and the national debt will be affected over the long term).

To recap from our earlier blog, the scenario that the OBR investigated would amount to what they described as “a large (but hopefully temporary) shock to the economy and public finances”. Under their “reference scenario” (which entailed a three-month period of full lockdown, followed by another three months in which restrictions are gradually eased), UK GDP falls by 35% in the second quarter of 2020, and an extra 2 million people become unemployed, but then the easing of lockdown would be accompanied by a rapid recovery in the UK’s economic performance (a so-called “V-shaped recovery”).

Looking at the long-term trajectory for the public finances, they think that government debt would reach over 100% of GDP during 2020 and would still be at 95% of GDP by the end of the year (compared to the 77% which was projected at the 2020 Budget). Under their Reference Scenario, the UK’s debt-to-GDP ratio would still be 10% higher than the level forecast at the 2020 Budget by 2024–25.

In other words, government debt will be significantly higher than was previously forecast in the long term, but a relatively rapid V-shaped recovery should mean that the worst economic impacts of the COVID-19 crisis are mitigated relatively rapidly.

Although it doesn’t look at the possible impact for the public finances in the same level of detail as the OBR report, the scenario which was modelled by the Bank of England in their report does provide a general idea of what might happen under a somewhat different future scenario, and in particular, how changes in certain parameters could have negative implications for the economy.

The scenario which was modelled by the Bank of England assumed that the social distancing measures which are currently in place will gradually unwind between June and October, although the level of interaction within society will only return to normal levels very slowly as it takes time for people to adjust to these new freedoms.

Under this scenario, the economic recovery would once again be V-shaped: the Bank of England estimates that UK GDP will have fallen by around 3% during the first quarter of 2020 and then by a further 25% in the second quarter; however, it will then stage a recovery in the third and fourth quarters. Overall, UK GDP would fall by 14% in 2020 followed by an increase of 15% in 2021, and then growth of 3% in each of the two subsequent years.

Unemployment – which may have a larger impact on young adults’ economic outcomes than overall GDP growth, as they are one of the categories of workers who are most likely to be negatively affected by a downturn in employment – would rise to 8% in 2020 and then only go back down to 4% over the subsequent two years.

The scenario modelled by the Bank of England is also useful for highlighting potential risks which could make a V-shaped recovery less likely. In particular, they emphasise that a major source of risk is that even if the UK emerges relatively quickly from the COVID-19 crisis, a prolonged pandemic in some of the other countries which we trade with would still dampen growth by disrupting supply chains and impairing the movement of goods and workers.

The scenario which they modelled also assumed that the UK moves to a comprehensive free trade agreement with the EU on 1 January 2021, so there is little additional economic disruption caused by the UK making a disorderly exit from the EU. Given that before the COVID-19 crisis began, the majority of economists thought that the likelihood of a disorderly Brexit was already a major risk factor facing the UK economy, avoiding that outcome will probably be key to helping the UK bounce back from COVID-19 as rapidly as possible.

Although the two scenarios that have been modelled by the OBR and the Bank of England differ in some important respects, they would both proceed along roughly similar lines: a relatively rapid economic recovery as the UK lifts its lockdown measures, under which the UK’s debt-to-GDP ratio will rise significantly in the long term, but, crucially, the long-term outcomes for younger and future generations under these scenarios are unlikely to be as bad as the current economic headlines could lead you to think.

However, there are some scenarios currently being examined which are somewhat more pessimistic. In particular, the KPMG economic modelling which was referred to above suggests that a rapid V-shaped recovery is less probable than either a so-called “W-shaped” recovery, in which restrictions need to be re-imposed after they’ve been partially lifted to counteract subsequent increases in the number of infections, or even an “L-shaped” recovery, where economic output recovers much more slowly than under the V-shaped scenario beyond 2021. Broadly speaking, the epidemiological behaviour of the virus is likely to be the most important factor in determining what kind of recovery we get, with longer periods of time spent in lockdown resulting in more severe economic damage.

The less V-shaped the economic recovery is, the longer the UK will take to regain its previous level of economic output, and the larger will be the likely financial debt from combating COVID-19 that will be passed on to younger and future generations.