David Kingman takes a look at what the most recent economic projections say about the potential negative impacts of COVID-19 on the UK economy, and what these could mean for young people 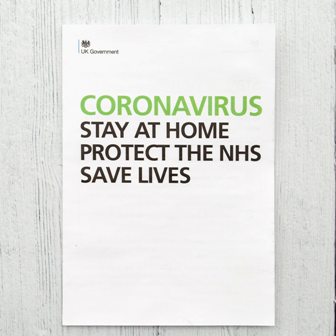 Ever since the COVID-19 crisis began in the UK in March, there has been a seemingly endless stream of pessimistic stories about the negative impacts which the crisis is having on the UK economy.

As a result of the wide-ranging social lockdown which has been launched to try to prevent the further spread of COVID-19, large sectors of the UK economy are currently unable to function as they normally would, with the inevitable negative impacts on the businesses and workers who operate in these sectors which that entails.

The government has attempted to keep the economy going on life support by temporarily stepping in to cover a big chunk of the wages of workers whose employers cannot currently afford to pay them, and offering government-backed loans to businesses, but even so the full impact of COVID-19 on the UK economy is likely to be vast.

Although we really have no idea how long the economic disruption caused by COVID-19 is likely to last, economic forecasters are scrambling to try to work out how bad the damage might be. This article will take a look at the recent economic forecast by the Office for Budget Responsibility (OBR) and will suggest what its impact could be on younger workers.

It’s very important to emphasise that economic forecasts are always highly uncertain, even under normal circumstances – which means that during an unprecedented global crisis the degree of uncertainty is substantially larger than normal.

However, by making certain assumptions about the possible duration of the social-distancing measures which the government has imposed, economic forecasters have attempted to estimate the total cost which can be associated with them during the period while they’re in force, and how long it will take for the economy to return to normal afterwards.

The most comprehensive forecast of the possible economic impacts on the UK economy of COVID-19 that has been produced so far is the OBR’s “Coronavirus Reference Scenario”, which they launched on 14 April.

The OBR has been keen to emphasise that “This was a scenario rather than a forecast, based on the illustrative assumption that people’s movements (and thus economic activity) would be heavily restricted for three months and would get back to normal over the subsequent three months. The main value of the scenario is to sketch out the channels along which the economic disruption might manifest itself and what that would mean for the public finances, and to provide a reference point against which to assess new developments as they occur. It included initial broad-brush estimates of the costs of various policy interventions…”

The OBR reached a number of significant conclusions from their scenario which can tell us a great deal about the potential negative economic impacts of the social-distancing measures:

Firstly, “evidence from past pandemics suggests that the economic impact of the coronavirus will arise much less from people falling ill or dying than from the public health restrictions and social distancing required to limit its spread.”

The two main channels through which the social-distancing measures will harm the UK economy will be the lower demand for goods and services from consumers, and the reduced ability of UK businesses to supply those goods and services for which demand does not reduce. Both will lead to lower incomes, less spending and weaker asset prices, all of which reduce tax revenues, while job losses will raise public spending.

Secondly, in addition to these impacts, the costs of the government’s interventions to try to support the economy will also be very large, but these are designed to prevent businesses from going bust and too many workers from actually losing their jobs. The OBR argues that “the immediate cost of the Government’s actions may be high, but we can be confident that the cost of inaction would ultimately have been much higher.”

Thirdly, they think that the overall impacts of the COVID-19 social-distancing measures will be to deliver “a large (but hopefully temporary) shock to the economy and public finances” .

What they meant by this was that although the short-term economic forecast looks very grim indeed – their Reference Scenario described above would entail GDP falling by 35% in the second quarter of 2020, and an extra 2 million people becoming unemployed – they anticipate that the UK economy will bounce back very quickly once the lockdown is eased.

However, because most of the extra government spending which is being undertaken to try to mitigate the negative economic impacts of social distancing will ultimately be paid for through higher government borrowing, the OBR Reference Scenario would see government debt in the long run remain significantly higher as a proportion of GDP than it was before this crisis.

What if the lockdown lasts for longer than three months?

To reiterate from above, this is what would happen under one of many possible future paths which events could take, given the unpredictability of this rapidly evolving crisis.

The most obvious source of risk facing the UK economy is that the lockdown measures need to remain in place for significantly longer than under the OBR’s Reference Scenario, which is likely to result in a less “v-shaped” economic recovery.

They themselves acknowledged that this is one of the main sources of risk in their report: “the longer the period of economic disruption lasts, the more likely it is that the economy’s future potential output will be ‘scarred’ (thanks to business failures, cancelled investments and the unemployed becoming disconnected from the labour market).” In other words, the shorter the lockdown period lasts, the more likely it is that businesses can just start up again as soon as it is lifted and workers can go straight back to their old jobs.

Conversely, a longer lockdown increases the risk that many businesses will fail, households will exhaust their financial resources, and a prolonged recession could set in which it would take much longer for the UK economy to emerge from.

How would this affect young workers?

Although young adults appear to be at significantly lower risk than older people from COVID-19 from a medical point of view, the opposite is true when it comes to the economic risks to their living standards that different generations face as a result of the social-distancing measures which have been brought in to combat it.

We’ve already written about how younger workers are disproportionately employed in economic sectors that are exposed to the lockdown, such as culture and retail, and how younger households tend to have a smaller financial cushion of savings to tide them over if they face an income shock.

Although the future scenario which the OBR’s report has sketched out is highly uncertain, it does seem very likely that the UK’s debt-to-GDP ratio will be significantly higher for the foreseeable future.

That could mean that today’s younger workers will suffer disproportionately if the level of investment in public services is lower as a result, or if they face a larger tax burden to help pay down the cost of this extra debt.

If this crisis successfully reopens the debate about reforming the UK’s tax system to make it fairer, then that could at least be one positive outcome from an intergenerational perspective.