This week (18–24 May) is Mental Health Awareness Week. The theme chosen by the Mental Health Foundation this year is kindness. Melissa Bui outlines why, in the context of COVID-19, protecting public mental health is one way the government can return the acts of kindness demonstrated by young people throughout the pandemic 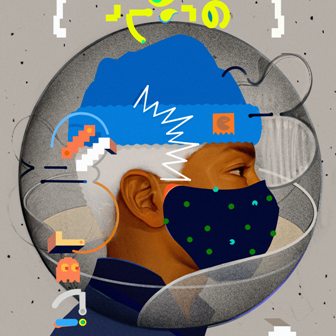 COVID-19 is taking a large toll on young people’s mental health. At this stage of the pandemic, it is difficult to have a clear idea of how long-term and widespread these consequences might be. The data that we can currently draw from are scarce. At the same time, the government is under pressure to provide a swift and efficacious response.

Evidence from similar coronaviruses in the past can help us to build a picture. A recent systematic review of the literature on the impact of two similar coronaviruses from 2002 in 2012 – known officially as severe acute respiratory syndrome (SARS) and Middle East respiratory syndrome (MERS) – shows that 15% of patients who were treated in hospital reported a number of mental health issues after recovery.

The issues reported included major disruptions to sleeping patterns, symptoms of post-traumatic stress disorder, impaired concentration, and memory problems between 6 weeks and 39 months after recovery. Other evidence from the SARS epidemic also points to the risk of increased psychological distress not only among patients, but also among close relatives and clinicians. Because of lack of data for this current pandemic, we do not yet know to what extent the effects will follow a similar pattern.

When it comes to predicting the consequences of the government’s response to COVID-19, we have even less data to draw upon. After all, British society has never experienced a societal lockdown of this scale before. Given the nation-wide shutdown of schools, restriction of access to open spaces and limitations on face-to-face social interaction with people outside the household, there are concerns that young people are at a higher risk of loneliness and child abuse.

Early evidence has also pointed to how some young people have been removed from waiting lists for mental health services because of the pandemic, and have been struggling to access online services as new patients. Young people are also at greater risk of being laid off from their jobs, which has its own mental health implications.

The kindness of young people during the pandemic

Against the backdrop of these precarious circumstances, and perhaps to strike a contrast with this sombre outlook, the Mental Health Foundation has chosen a positive theme for this year’s Mental Health Awareness Week taking place between 18 and 24 May: kindness.

This theme has been set partly with the aim to commemorate the kind deeds carried out during the pandemic and recognise their benefits to both the benefactor as well as the beneficiary. Young people in particular have surprised much of the older generation with their cooperation and acts of kindness, for instance by waking up early – sometimes at 5am – to help buy food to deliver to vulnerable individuals and families in Hackney, or to those who are self-isolating at home in Cornwall. Among those young people too are the junior doctors going straight into the frontline to help during the crisis after finishing study.

Research has shown that kindness can be good for mental health. It has been found to help people feel more capable and to boost their mood, and it can alleviate loneliness by creating, maintaining and strengthening relationships.

The Mental Health Foundation: it’s time to return the favour

Another motivation behind this year’s theme is to encourage the government to return these acts of kindness.

The MH Foundation argues that recovering from the social and economic impact of COVID-19 requires a shift towards a system where policies are “rooted in justice and kindness”. They claim that three policy responses could promptly help to protect public mental health:

Young people would be among the biggest beneficiaries of such policy responses – which would be a refreshing change given that their interests have been put on the back burner throughout this pandemic.

To take an example from the current lives of students: having vacated their rooms because the closure of universities, many are trapped in tenancy contracts with private landlords (who contrastingly are benefiting from a mortgage payment holiday). There is also the prospect that students will be charged the same level of tuition fees for university courses which may be taught online for the entirety of the next academic year.

There is plenty in the world of young people at present to make it unusually uncertain, a consequence of which could be psychological distress. The government should adjust their policies to address such issues – if they are interested in returning the kindness of younger generations.