Research has indicated that young adults are one of the social groups who are most likely to see a fall in their living standards because of COVID-19. David Kingman looks at whether they are at especially high risk of being made homeless by the impacts of the virus on the UK economy 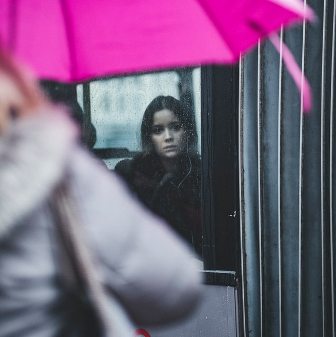 Many people in the UK are understandably feeling anxious about how their living standards are going to be affected by the social distancing measures which have been put in place to try to reduce the spread of COVID-19, as they have led to a massive reduction in economic activity.

For workers who are currently unable to earn a living in a way that they normally would, one of the biggest sources of anxiety is whether they are going to be able to carry on paying their housing costs, as the cost of paying either rent or mortgage repayments is the single largest regular outgoing for the majority of the UK’s households.

Although everyone who thinks that their job may be at risk has reason to be concerned at the moment, young adults may have the most to worry about. Already, some research has suggested that younger workers are most at risk from being unable to earn a living as normal during the lockdown, because they are disproportionately likely to be working in the economic sectors which have been most profoundly affected by the lockdown, such as leisure and hospitality or the creative industries.

For younger workers who are still relatively near the beginning of their careers, there is an added risk that suffering from a spell of unemployment or underemployment now will make it harder for them to get the jobs they want in the future, as previous recessions have tended to have a “wage-scarring” effect upon the earnings trajectories of the youngest workers which can still be visible 15 or 20 years later (in other words, they are more likely to get stuck in low-paid jobs for longer).

Young workers also have to devote more of their household incomes to spending on the cost of “essential” goods and services which it would be hard for them to cut back on without harming their living standards. Research which IF published last year in collaboration with Yorkshire Building Society estimated that households in the under-35 age category now devote an average of 63% of their equivalised weekly income to essential goods and services, among which the cost of housing is the single largest item.

We know that today’s young workers are significantly more likely to be living in homes that they’ve rented from a private landlord than previous generations of young adults were (almost half of households in the 25–34 age group now rent, as well as nearly one in four aged 35–44). This could make them more vulnerable to losing their homes in the event that they do lose their jobs, as renters in the UK normally have relatively few protections from being evicted.

Some new research conducted on behalf of The Guardian suggests that renters’ living standards are already starting to be negatively affected by COVID-19: 60% of private renters who took part in their poll said that COVID-19 had had a negative impact on their finances, of whom one in five (i.e. 12% of all private renters) said they had had to choose between buying food and paying their rent and other bills since the UK’s lockdown started.

The government is clearly all too aware that nothing would do more to undermine the whole purpose of its social distancing measures than if lots of families suddenly become homeless, as this would overwhelm local authorities and could see large numbers of people being forced to live either in overcrowded temporary accommodation or even on the streets, where maintaining basic personal hygiene would be extremely difficult.

For this reason, the government has acted swiftly to implement a range of measures which are designed to try to reduce the likelihood of people who can no longer pay for their housing being evicted, although it takes some effort to understand the details of the policies announced.

Firstly (and most significantly), the government has implemented two massive new income replacement schemes which are meant either to tide people over financially while they are being furloughed by their employers, or to compensate their business for lost income (in the case of self-employed workers).

Under these schemes, workers who’ve been furloughed can receive up to 80% of their normal monthly salary from the government, up to a maximum of £2,500 per month. Likewise, the scheme for self-employed workers will pay them up to 80% of their average monthly profits over the previous three tax years for up to three months, with the same cap of £2,500 per month (in the form of a taxable grant).

It’s hard to predict how much of an impact these schemes will have on the incomes of young workers, as it depends upon the extent to which employers make use of them and whether staff who are furloughed get paid only the amount that the government will cover, or whether their employers make up the rest of their wages on top of that amount.

The scale of the damage

We can see what the worst-case scenario might look like for employees who are of different ages by using the most recent data from the Annual Survey of Hours and Earnings (the UK’s most comprehensive source of data on jobs and pay). This provides estimates of how much workers who belong to different age groups earn, broken down by percentiles within each age group.

These data suggest that the median full-time worker in the UK aged 22–29 would lose a maximum of £418 per month if they were put into the furlough scheme without receiving any top-up from their employer (i.e. they were effectively given a 20% pay cut), while the equivalent figure for someone aged 30–39 would be £530 per month.

The highest earners in both of these age groups would see their income go down by more than 20% (because payouts from the scheme are capped at £2,500 per month), although the ASHE data suggest that only the highest-earning 10% of employees aged 20–29 are likely to earn enough to hit this cap. The cap has a larger negative effect on those aged 30–39, among whom about 35% would see their income drop by more than 20% as a consequence of it.

Reliable data for the self-employed are less easily available, but we do know that the self-employment scheme has a couple of negative aspects which may hit younger workers particularly hard: you need to be able to prove that you’ve been self-employed for over a year in order to make a claim, and claims won’t begin being paid out until June (although they can be backdated to 1 March).

Self-employed workers who have rent and other bills to pay and no income over the next couple of months may be reduced to either living off their savings if they have enough to do so, or claiming Universal Credit or asking for help from friends and family members if they don’t. Clearly, there is a risk that this could leave those who aren’t able to earn anything during the lockdown facing significant cash flow problems over the next few months.

In addition to trying to protect workers’ incomes, the government has also intervened directly in the housing market to try to prevent evictions.

Most notably, they have banned landlords from commencing eviction proceedings against private tenants who can’t afford to pay their rent for the next three months. However, this is only meant to be a “rent holiday”; tenants will still legally owe their landlords the money, and the expectation is that they will come to an agreement under which the tenant can pay back their rent arrears once the lockdown has been lifted.

Critics of the government’s strategy, such as the London Renters’ Union, have argued that tenants should have their rent forgiven instead while the lockdown remains in place, otherwise they could build up large debts that take a long time to pay off.

For younger workers who are already on the property ladder, banks and building societies are currently offering mortgage holidays to enable people to stay in their current homes if they’ve suffered a fall in income, although these need to be approved on an individual basis.

In fairness to the government, it does look as though the measures which they’ve introduced to try to protect people from suffering very large falls in income during the COVID-19 pandemic ought to enable the majority of young workers to stay in the homes they live in now, although self-employed workers in particular could be left facing a short-term cash flow problem.

However, the government still needs to act very carefully to ensure that more profound damage to young workers’ living standards doesn’t take place when things start to get back to normal, and the government’s income support schemes come to an end.

No-one knows whether the economy will be able to get up and running again fairly smoothly and quickly, or whether we could instead enter a prolonged economic downturn (especially if further COVID-19 outbreaks lead to the lockdown being imposed again).

Were that to happen, then young workers who’ve been able to survive financially while they were receiving government support may find that their old careers aren’t there for them to go back to, which would have obvious knock-on impacts for their ability to house themselves securely.