A group of MPs who sit on the House of Commons Science and Technology Select Committee have delivered a stark warning in their latest report that the UK isn’t doing enough to hit the government’s climate targets. David Kingman looks at the points they raised 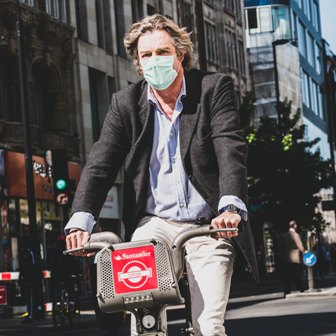 Earlier this summer, IF looked into the scale of the changes which are likely to be required in British society to achieve the government’s extremely ambitious target of moving to net zero greenhouse gas emissions by the year 2050.

Although we support the level of ambition which the government has shown by committing itself to such a demanding target, we recognise that the size of the challenge in front of the government looks vast, particularly when it comes to radically decarbonising the food, transport and domestic heating sectors.

More recently, a group of MPs who make up the House of Commons Science and Technology Select Committee have undertaken a wide-ranging assessment of the government’s progress towards achieving its own climate targets, and have come to a very similar conclusion. This blog will explore their report’s wide-ranging implications for the UK’s climate change policy.

Let’s start with the good news

The MPs’ report, Clean Growth: Technologies for meeting the UK’s emissions reduction targets, does emphasise that the UK has a number of things to be proud of when it comes to implementing greenhouse gas emission reductions:

“The UK was the first country to legislate for legally binding greenhouse gas emissions targets and earlier this year became the first country in the G7 to legislate for net-zero emissions. Since 2000, the UK has achieved greater decarbonisation than any other country in the G20. It has outperformed its first (2008–2012) and second (2013–2017) carbon budgets by around 1% and 14% respectively, and is on track to outperform its third carbon budget (2018–2022).”

However, despite the ambition of the UK government’s plan to achieve net zero greenhouse gas emissions by the year 2050, the MPs were less generous about the actual progress which has been achieved towards reaching these bigger targets: “the Committee on Climate Change has warned that the UK is not on track to meet its fourth (2023–2027) and fifth (2028–2032) carbon budgets.”

One of the main reasons why the UK is currently not on track to reach these greenhouse gas reduction targets is that progress towards achieving large-scale transformations in a number of key technologies has been slow, particularly in the areas of transport and domestic heating.

For example, when it comes to domestic transport, the Government wants “almost every car and van to be zero emission” by 2050, but the committee pointed out that this would be equivalent to removing almost 20,000 conventional cars from the UK’s roads on average every week between now and 2050. Nothing on this scale is currently happening; only around 1,200 new ultra-low emissions vehicles were registered each week in 2018.

The government has also said that it wants “as many homes as possible to be Energy Performance Certificate (EPC) Band C by 2035 where practical, cost-effective and affordable”, which would ensure the UK housing stock becomes much more energy efficient.

Again, though, the committee pointed out that the ambition of this target is not being matched by present action; it would equate to improving the energy efficiency of around 20,000 English homes per week between now and 2035, when current data suggest that around 2,400 energy loft or wall insulations were installed per week in 2017.

Another area where the committee argued that progress has been too slow is domestic heating. Their target suggests that “by 2050, we will also likely need to fully decarbonise how we heat our homes”, even though this would require at least 15,000 homes to transfer to a low-carbon heating system every week until 2050. What’s actually happening at the moment is that around 220 low-carbon heating systems are planned to be installed each week under the government’s “Renewable Heat Incentive” from now until 2021.

Finally, they emphasised that the government’s aim of increasing the amount of woodland cover in the UK – which acts as an important carbon sink by taking carbon dioxide out of the environment – is also behind schedule. The government has set out an “aspiration” to reach woodland cover of 12% in England by 2060, which would require the net growth of around 120 hectares of woodland per week, whereas in reality, about 20 hectares per week was actually being planted in 2018.

Is it the government’s fault?

As you might expect, given that the people serving on the committee are all MPs, a number of government policies were criticised for either failing to help – or indeed actively hindering – progress across these different areas.

In particular, the MPs highlighted that the regime of subsidies which was designed to incentivise drivers to switch over to electric cars has been made less generous over recent years; specifically, the “plug-in grant” for low-emissions cars was reduced from £4,500 to £3,500 for the lowest-emissions cars in October 2018, and cut completely for other low-emissions cars.

Also, progress towards turning renewable energy into a larger component of the UK’s energy supply mix has been slowed by the closure of the “feed-in tariff” scheme in April 2019 (although renewables have grown massively, the MPs argued that this trend would have been even more dramatic had the subsidy not been abolished).

The government also cancelled the “zero carbon homes” policy in 2015, which was intended to encourage the transition towards low carbon heating technologies, and has not replaced it subsequently.

How big a change is needed?

The most headline-grabbing conclusion from the report was that the MPs decided to express the view that widespread private car ownership (even if the cars were electric or hybrid) probably won’t be compatible with reducing the UK’s climate emissions in the long run.

After all, electric cars still need energy to power them, which might not come from renewable sources, and they involve substantial environmental costs during the manufacturing stage, for example if they contain rare elements which need to be mined. The MPs recommended that a much more thorough rethink of both transport and urban planning in the UK is needed so that people make fewer journeys, and when they do make journeys they have public transport options which are both practical and attractive to them.

Although nobody knows precisely what the future holds when it comes to whether the UK will meet its climate targets successfully, this report is yet another warning that very large-scale changes to the way that most people live are required in order to get there.

Whether the public will be willing to go along with this agenda once it starts to significantly affect their daily lives is probably the single most important unanswered question.