In a move which demonstrates great far-sightedness towards the interests of younger and future generations, the UK recently became the first major industrialised country to commit itself to achieving net zero greenhouse gas emissions by the year 2050. But is this ambitious target actually achievable? David Kingman investigates 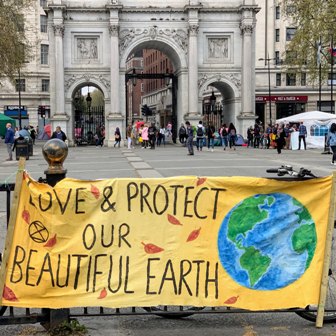 On 12 June 2019, the UK’s outgoing Prime Minister, Theresa May, took a bold step which might one day be regarded as the most significant legacy of her time in office: she committed the UK to reaching net zero greenhouse gas emissions by the year 2050.

Whilst the majority of commentators praised Theresa May’s announcement, it did draw criticism from some quarters, with some environmentalists arguing that 2050 will be too late to reduce our net greenhouse gas emissions to zero if we want to prevent catastrophic climate change, whilst other critics argue that her new target will be impossible to achieve (or achievable only at enormous cost to the UK economy).

So how feasible is the UK’s new climate change target?

What would achieving this target mean for our lifestyles?

The target of reducing the UK’s net greenhouse gas emissions to zero wasn’t plucked out of thin air by the Prime Minister; this policy was actually recommended in a report by the independent Committee on Climate Change (CCC), which came out in May this year.

It’s worth clarifying what that report meant by the expression “net zero” – it doesn’t mean that the UK has to halt emitting greenhouse gases completely.

Rather, it means that the amount of greenhouse gases which the UK emits need to be completely balanced by the amounts we take out of the environment through either carbon capture and storage (such as extracting greenhouse gases from the chimneys of power stations and burying them underground) or carbon offsetting (such as planting trees to absorb carbon dioxide).

Most experts seem to agree that, realistically, there is no way the UK could hit its new target without substantially cutting its overall level of greenhouse gas emissions.

The report from the CCC that was referred to above outlined the scale of the changes which could be required in order to hit this target. Unsurprisingly, reducing the UK’s greenhouse gas emissions to net zero by 2050 would almost certainly require some quite substantial changes to the typical British way of life.

For example, the CCC argued that central heating in homes might have to be limited to 19 degrees throughout the winter months, while the UK’s domestic housing stock will also need to become significantly better insulated so that it retains heat more efficiently.

Transport is another obvious area where people’s habits may have to change quite substantially. The UK government has already set a target date of 2040 by which it wants sales of conventional, petrol-engine cars to be banned (i.e. the UK would convert wholesale to electric vehicles). The CCC argued that this date ought to be pushed forwards to 2030.

A combination of technological progress and climate legislation may even call into question the basic concept of individuals owning their own private vehicles, with some experts arguing that we will eventually switch to a model where most people simply rent a self-driving electric vehicle for a few hours at a time, alongside using more conventional forms of public transport.

As for flying, that could be one of this initiative’s biggest sticking points. The government is still publicly committed to the future growth of the UK’s aviation sector and increasing capacity at major airports, including Heathrow – which recently unveiled its controversial “masterplan” for future development.

However, despite the improvements which the industry has managed to make towards reducing its environmental impacts – and the strong potential of electric planes for flying short-haul flights – nobody seems to have come up with a credible way of significantly reducing the environmental cost of long-haul air travel. It could be that Britons simply have to accept doing significantly less flying if we are serious about hitting our new target of net zero greenhouse gas emissions by 2050.

The other big area of people’s lives which may have to change in order to meet this new climate target is our diets. Agriculture remains one of the largest emitters of greenhouse gases, and the CCC estimates that UK consumers could reduce their diet-related greenhouse gas emissions by over a third by transitioning from a high-meat diet to a low-meat one.

However, despite the large share of Millennials who are becoming either vegetarian or vegan, or adopting a “flexitarian” diet (where they reduce their consumption of animal products rather than omitting them completely), it is far from clear whether the population as a whole would be willing to cut its meat consumption by the amount that the CCC thinks is required.

A powerful force for good

Although the challenge of reducing the UK’s net greenhouse emissions to zero by 2050 may seem daunting, those who are in favour can point to one huge area of success over the past three decades: the transformation which has occurred in the UK’s electricity supply.

According to the latest available data, the UK has actually reduced its total greenhouse gas emissions by 43.5% since 1990. This is mainly due to the conversion of the UK’s energy supply away from being reliant on coal-fired power stations and towards much greater use of nuclear energy, renewables and natural gas (which, despite being a fossil fuel, emits far fewer greenhouse gases than coal or oil do).

Indeed, in the first five months of 2019, the UK actually sourced the majority of its energy supply from a mixture of nuclear and renewables, which meant that we were no longer dependent on fossil fuels for the first time since the Industrial Revolution.

Although this transition has been disruptive for the energy industry, it’s worth remembering that the lights have never gone out, or, in other words, the typical consumer probably wouldn’t have noticed that anything much has changed.

The cost of saving the planet?

The revolution in the UK’s energy supply provides a powerful indication that massive changes are possible if both government and the industry work together to achieve them.

However, the key question is whether the changes that are required in the other areas of life outlined above will turn out to be similarly feasible, and even if they are, whether the public will continue to support them if they start having a strong impact on their perceived quality of life.

The popular support which was evinced recently for Extinction Rebellion’s protests in central London, as well as the school children’s strikes over climate action, do suggest that a major shift in attitudes in favour of taking far-reaching actions to combat climate change may be underway. But how far this support will go – even if the necessary scientific and economic changes required to hit the government’s target turn out to be feasible – is one of the key questions that will determine whether the government’s new target gets achieved or not.