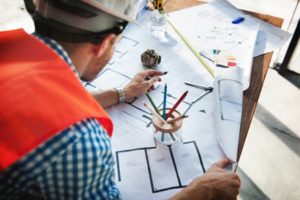 The number of households in England is set to grow by 4 million (17%) in the next 25 years, according to the latest projections from the Office for National Statistics (ONS). Most of this increase is driven in the rising numbers of people aged over 65.

This is a consequence of positive changes: people are living longer, and many elderly people are able to live in their own households for longer, rather than needing to move into residential care. However, it does present significant policy challenges, especially when it comes to protecting the interests of young people, for whom the lack of affordable housing is a big issue at present – and evidently likely to get bigger.

Whilst it sounds like a lot, this growth is actually lower than previously projected, because of reduced projections of UK population growth. These are driven by changing assumptions around future birth rates, changes in life expectancy, and living arrangements – such as cohabiting or living with parents.

Demographically, the biggest growth will be in households headed by someone aged 65 and above – which accounts for 88% of the projected growth in households. Geographically, it will be concentrated in London, where the number of households is projected to increase by nearly one quarter by 2041.

Whilst it is the number of households headed by elderly people which is projected to grow the most, the increased pressure on the housing supply is not likely to impact on them, as 80% of people aged 50+ are owner-occupiers. The impact of growing household numbers is more likely to affect younger people who are still struggling to get on the housing ladder, or who are struggling to find affordable rent as growing demand drives prices higher.

Whether these projections turn out to be accurate will depend partly on whether the government devises an effective policy response. If the number of households grows by less than projected, this may be a sign of policy failure, with more young people unable to move out and forced to continue living with their parents. There has been much debate as to the effect this has on family relationships, but the fact that Millennials are 80% less likely to count a family member as one of their closest friends, compared to 20 years ago, suggests that for many young people, living with parents is far from ideal.

Policy solutions to the housing crisis are often portrayed as a conflict between those who need homes, and a coalition of NIMBYs, environmentalists and greenbelt-advocates who oppose housing development. But the need to build new houses would be significantly reduced if we made better use of the existing stock of housing. Over half of owner-occupied houses in England were under-occupied in 2016 – defined as having two or more spare bedrooms. These figures are in stark contrast to under-occupation rates of 15% in the private rental sector, and just 8% in the social renting sector.

Spare rooms in social rented housing were a topic of significant public debate when the “bedroom tax” was introduced, but it represents only a tiny fraction of the wider issue of under-occupation. Similarly, there has been much debate over whether foreign-owned properties in London are actually used, but little consideration of other forms of under-occupation.

Elderly homeowners are much more likely to downsize in the US than the UK, and a key reason is that in the UK the tax system acts as a disincentive. The structure of council tax means that people living in larger properties are taxed proportionately less than those in smaller properties. In addition, the fact that the cost of stamp duty is effectively borne by the buyer of a property disincentivises people from moving.

Conclusion: beyond supply and demand

Discussions of the housing market often centre around supply and demand. As discussed above, supply is about more than the number of houses being built: it is also about ensuring that the existing housing stock is being used efficiently.

What also matters is not just the supply of housing, but its distribution. One in six 55–64 year olds owns a second home, whilst home ownership rates amongst young adults have been falling. Government help-to-buy schemes have attempted to respond to this, but they must be used in combination with reformed tax incentives, which can help to solve the problem of under-occupation, and free up more houses for young people to move into.

Similarly, the geographical distribution of houses is a problem, with the relative economic success of London driving higher population growth and house price growth compared to the rest of the UK. There are significant regional disparities in the predicted growth in the number of households, from 24% in London, down to 8% in the North East. There is no “English” housing market– rather local and regional markets, each with a variety of different factors affecting population growth and housing supply. There is no “quick fix”: a range of policy responses will be needed.

Photo by rawpixel on Unsplash: https://unsplash.com/photos/jxmEbSLuhyM