“No shit, Sherlock!”: making welfare benefits conditional on satisfying increasingly stringent stipulations is largely ineffective in getting people back into work, concludes a new report. Liz Emerson, IF co-founder, investigates 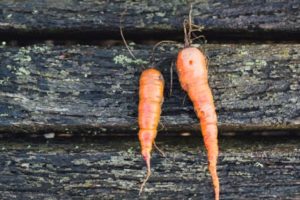 According to York University’s five-year research findings, welfare conditionality – using sanctions and other disciplinary welfare measures to “encourage” people back into work – actually increases rather than decreases a range of negative behaviour changes for a substantial majority of people in the system.

It is well known that the mood of the nation has become more hardline when it comes to welfare support. Government surveys reveal that the nation is increasingly supportive of policies that promote responsible behaviour, paid work and other social contributions, with only 13% of respondents in a recent social attitudes survey believing that unemployment benefits should be in the top three of welfare spending priorities.

Social security benefits for unemployed people in the UK have always required recipients to look for work as a condition of receiving benefit payments, but the political rhetoric around “benefit scroungers” and “abusers of the system” has led to further conditionality being brought into the system. A move away from “entitlement” in favour of “contractual” ideology means that individual responsibility and reciprocity are now key pillars in the contract between the individual and the State.

Throughout the study, researchers found that Universal Credit (UC) recipients in particular were keen to work and “demonstrated intense efforts to find jobs and/or self-employment”, undermining the rhetoric around “benefit scroungers”. Respondents wanting work found paid work to be elusive and transitory, again suggesting that they wanted work but simply couldn’t find it or could only find short-term employment. This left them exposed to “persistent and anxiety-provoking threats to withdraw essential income without notice via sanctions for minor infringements” due to the stringent conditionality of UC.

But, as this new research reveals, the “stick not carrot” approach too often leads those people at the bottom of the economic pile to disengage with the social security system, thereby increasing their poverty levels and, on occasions, causing destitution. It is therefore no surprise that anti-social behaviour often increases from the feeling of alienation that comes from being “punished” rather than “encouraged” out of poverty and into the world of work.

Lone parents with pre-school children aged three or four years have been particularly hit by increasing welfare conditionality. The introduction of Universal Credit means that their benefits will be sanctioned if they do not look for work. This is in addition to, as the report puts it, “payment restrictions under the Overall Benefit Cap (‘benefit cap’), restrictions to Child Tax Credit, limits to the standard allowance payable under UC for lone parents under the age of 25, and removal of the Spare Room Subsidy for social housing tenants (that is, introduction of the so-called ‘bedroom tax’)”, all of which adds pressure to those trying to bring up young children on their own, who may have found themselves in such a vulnerable situation through no fault of their own.

A better solution, say the authors, is a combination of “appropriate and meaningful support”. This is the key to positive change that can lead to a reduction in anti-social or problematic behaviours that hinder the journey to decently paid employment. Therein lies the rub, since too often people may enter the world of work but not earn enough, or have enough hours of work, to take them out of poverty and remove them from the claimant count.

“Personalised employment support” brings a much-needed reduction in the severity of sanctions − especially severe sanctions on vulnerable people. Job searches and work preparation demands must be better tailored to the personal circumstances of the claimant, say the researchers.

The crux of the debate is the ethicality of using punitive systems on the most vulnerable members of society. It remains to be seen whether public attitudes will soften and thereby encourage policy-makers to relax policies towards those groups of people who have been the easiest targets for the removal of welfare support – the under-25s, lone, often young, parents, and young homeless people, in particular.