Phil Radcliff, ex-global Human Resources Director and IF volunteer, points to the iniquities of internships and calls for greater clarification and collaboration between young people, their educational institutions and the world of work 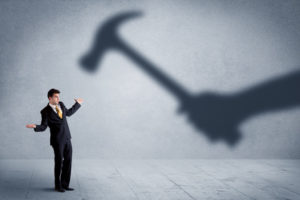 There is little doubt, according to the World Bank and its assessment using the Gini coefficient, that the world is becoming a more unequal place, but the real danger is that we are no longer as impressed by the narrative detail and are slowly becoming more accepting of the absurdity of inequality – and a case in point is the growth of unpaid internships.

Back in 1991, while helping to complete a corporate video, I asked the BBC-trained producer how much pay the young post-grad interns were receiving for being so helpful and getting us pizzas at that time of night.

“Paid?“he said. “They should be paying us!” Such a view was absurd then and remains so.

Certain sectors – notably media, financial services, politics – have maintained the practice of unpaid internships over the years, but this pernicious practice of passing the costs of recruitment and training on to the debt-ridden shoulders of trainees (and hence restricting those who can benefit from internships) has grown extensively in recent times.

Each year 11,000 internships are advertised, but the true number that take place is estimated by the Institute for Public Policy Research (IPPR) to be as high as 70,000 per year. What is more, internships offered by top graduate recruiters have consistently risen each year since 2010 (by as much as 50% in total) – thus making their existence an essential step in many young person’s career planning.

In addition, they are recognised by many organisations as a critical part of their talent-recruitment and development processes, with the result that nearly half of these employers report that candidates who have not gained work experience through an internship will “have little or no chance of receiving a job offer”.

Logic would dictate that organisations would want to access the widest resource possible to ensure the talent they require; however, we should oppose the practices of organisations like Global Experiences, who arrange international internships for $10,000 and further exploit the market to indicate that their customers will benefit and get a step ahead.

It is a matter of enlightened self-interest for both the young person and the company to ensure that they have a good developmental experience.

But, as Ross Perlin puts it, in his 2011 book Intern Nation, “In much of the developed world, the subtle, relentless pressure to do an internship is now simply part of being young.”

It has become a symptom of broader changes in business and the psyche of the worker. As TUC General Secretary Frances O’Grady said on the launch of a recent report on young people and the Trade Union movement, “not being paid is normal and they [young people joining the workforce] are supposed to be just grateful.”

Yet the social costs are considerable and go beyond the level of debt which has to be borne by the young, and extend into elements of mental health.

Perlin, in the initial study of the booming intern culture, concluded that there is significant exploitation, plus high levels of boredom and cynicism, and an almost infantilising quality to much that purports to be valid internships. Many he interviewed were deep into their 20s, and, already burdened with debts from university, are still not earning and without a solid career trajectory, and are often still living with their parents.

The weight of debt bearing down on young people at such an early career stage arouses even greater concern. In the recent First Direct survey, Nick Harrison, Head of Products, says with three out of four Millennials not currently saving is it any surprise that six out of ten Millennials claim to be going through a “quarter-life crisis”?

The debt problem facing young people goes way beyond issues of financial well-being and is impacting their mental well-being. As the TUC suggests, we are truly experiencing “a lost generation of young workers”.

Tanya De Grunwald of Graduate Fog, an organisation which focuses young people’s minds on the challenges of internships, has coined the term “Eternal Graduates” for those who work for a year without pay and seemingly face this as the only entry point of job reality.

A similar categorisation “The Inbetweeners” is used by the IPPR to reinforce the point that such internship arrangements are increasingly a recognised stage in the career and life development of the young today.

A 2013 piece of research by Professors Siebert and Wilson of Glasgow University, focusing primarily on the UK creative industries, suggested that six in ten unpaid interns felt the internship was exploitative, and highlighted the exclusive nature of the relationship – i.e. only the well-off can afford to do it – and pointed to the damage being done at the workplace when unpaid work replaces paid work.

The majority of schemes are significantly skewed by geography to the South East of England and necessitate the additional requirement of moving and bearing the costs of accommodation and living for those coming from outside that area. Living costs are estimated by the Sutton Trust to be a minimum of at least £1,000 per month, further limiting this key development opportunity to those who can afford it.

Minimum wage legislation makes many unpaid internships illegal; as Peter Lampl, founder and chair of the Sutton Trust, says, “it is clear that the law is not working.” So the full cost of the unpaid internship is the loss of earnings plus the cost of living.

A call for regulation

Not that – to be fair – there have been no attempts to alter the legal murk that surrounds the area of placements, internships work experience etc.

Step forward Alec Shelbrooke, Conservative MP for Elmet and Rothwell, who as early as 2014 sponsored a private member’s bill on the prohibition of unpaid internships, but it was talked out and lacked government support primarily because David Cameron said it would lead to “reduced opportunity”.

It is feasible to conclude that political attempts to provide a valid framework for internships have failed.

As recently as 4 June of this year Chuka Umunna was to be found dancing on the head of a pin as he reversed his decision to have a one-year unpaid internship in his office, stating in the Independent. “This was a student placement and not an unpaid internship. The advert in question was offered by the Leeds University politics department as part of a sandwich course in which students choose to undertake an additional work placement year, usually within an MP’s office – it is then a requirement of attaining the degree.”

If this is the case, then surely there is a need for a code of conduct which regulates such educational initiatives and applies to all parties to ensure a successful experience, particularly when these assignments can last up to and exceed 12 months. Or one should be developed.

The time is ripe for both employing agencies and educational bodies to step up to the plate and set some principles by which these “starter jobs” are regulated and make them open to all on merit, and not vehicles for increasing the level of personal debt of the young.

Properly managed and planned, such schemes are to be welcomed and encouraged, but only if the organisations involved jointly manage this and do not leave it to market forces or misguided government bureaucracy to further exploit the younger generation. We should challenge, test and develop the many options that are around.

We could consider diverting elements of the Apprentice Levy, which are currently gathering dust somewhere (see my previous blog). We could name and shame some of the companies and educational bodies that use these practices (MP Luciana Berger found that 467 unpaid internships operating in 34 organisations were being funded by the Department of Culture, Media and Sport).

Let’s recognise those that operate according to a voluntary code of best practice and demonstrate innovation in this area (Chartered Institute of Personnel and Development, are you listening?)

Let’s address the geographic bias that results in 85% of Internships being offered in London.

It does not need another government initiative. We can bring together those with real skin in the game – businesses, educational bodies, trade unions and young people – to develop an approach which is fit for purpose and creates a more equal future.