In a new work stream, IF is starting to think about how intergenerational fairness is playing out in the workplace. Phil Radcliff, ex-global Human Resources Director and IF volunteer, looks at the failures of the current apprenticeship system, which was meant to deliver better prospects for both young people and business 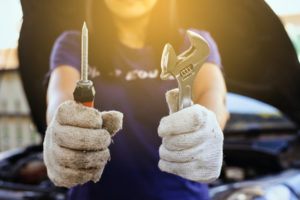 On 6 April 2018, The Telegraph reported that £1.28 billion paid in by business to fund the Apprentice Levy scheme languished, untouched. The Open University’s report, to which the article refers, estimates that just 8% of the Levy funds have so far been used.

The birth of the modern apprenticeship began in the mid-1990s and the emphasis, particularly for those under 25, shifted to a concentration on qualifications rather than time served. In 2000, Learndirect was appointed to build continuous learning and qualifications in the work place. Then, in 2011, Learndirect was privatised and the new management of the provision of apprenticeships was trumpeted as having the power to “transform the delivery of learning and skills”.

However, by 2015 an Ofsted report expressed concerns about the provision of apprenticeships and, as the result of a follow-up inspection by Ofsted in 2017 which found it be ineffective, Learndirect was notified of the loss of the contract with eight and a half months’ notice – a period of time in which the government could adjust the funding mechanisms associated with the “transformed” scheme. The Institute for Public Policy Research (IPPR) calculates that £631m of public money was allocated to Learndirect from 2011 onwards.

Further attempts were made in 2017 to establish better standards for apprenticeships, leading Anne Milton, the Apprenticeships and Skills Minister, to ask for patience, saying that it was right for organisations “to take the time they needed to plan ahead”.

In the same year, the Chartered Institute of Personnel Development (CIPD) reported that 22% of employers did not understand the scheme and, despite the government’s changes (or maybe because of them), there had been a 61% drop in the number of apprenticeships in the first three months of the modified scheme.

All of which led to the matter coming to the attention of the House of Commons Public Audit Committee and its chair Meg Hillier concluding that “thousands of learners have been let down… and at significant public expense.”

A definition of insanity is to continue doing the same thing and expect radically different results, and that is what governments of all political hues have been doing on this issue for the last 20 years. When Vince Cable oversaw the privatisation of Learndirect he joined the long line of Labour and Conservative politicians who had dabbled unsuccessfully with the apprenticeship process. All political parties have failed.

The billions of pounds raised to fund the apprenticeship model appear to be currently little more than the latest stealth tax.

So, in the interests of the young people whose lives are supposed to be improved by the provision of apprenticeships, and the businesses who are charged with delivering the education and experience, why doesn’t the government hand the challenge and the funding back to those businesses?

As Mark Dawe, CEO of the Association of Employment and Learning Providers, says, “What is needed are changes that will restore incentives for employers to recruit young apprentices and a minimum budget for non-levy payers.”

His might not be the complete statement of the wicked problem of apprenticeships which we face, but with the right kind of people and businesses brought together, committed and permitted to take action, and the right problem-solving process and resources, actions and proposals could be generated to equip young people better for the workplace of the future.