Emily Horton, Assistant Political Editor of  The London Student, sees looming storm clouds as the growing rental sector combines with the gig economy to bar many people from homeownership for life – which has profound implications for the nation as a whole 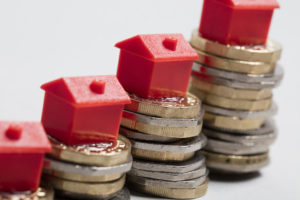 The housing market is broken and rental reform is urgently needed. The majority of Millennials struggle to pay the bills each month (let alone save) and are often forced to live in “alternative” arrangements: with parents, on houseboats, in dodgy warehouse conversations. We turn living rooms into bedrooms to make a two-bed a three-bed (communal space is overrated, I hear); we shack up with boyfriends months too early (and refuse to break up with them for that tasty monthly saving); and we put up with appalling landlords, and their extortionate deposits and short tenancies, because they know that we know we have no other option.

At the same time, owned property has become a form of currency, distorting beyond recognition its original utility to actually house people. It has morphed into well-decorated trust funds; it’s become the headquarters of the Bank of Mum and Dad; it has become the prized possession of a handful of lucky (and eye-wateringly well-paid) 27 year-old city types (who leave their homes vacant, opting instead to sleep in office pods so they can proofread that takeover bid for the millionth time, whilst simultaneously driving up prices disproportionately, given their ability to outbid pretty much everyone).

Shocking right? Heaven forbid that someone would want to actually live in that hip two-bed in Peckham.

And as the price tag rises disproportionately in comparison to average Millennial income, so does the social cost to society as a whole. The Resolution Foundation recently estimated that if homeownership growth follows the weak pattern of the 2000s, up to half of Millennials could be renting in their 40s, and a third could still be renting by the time they claim their pensions. This rising share of retiree renters, coupled with an ageing population, could more than double the housing benefit bill for pensioners from £6.3bn today to £16bn by 2060.

This is not living, this is compromise. And imagine compromising ALL YOUR LIFE, until you shuffle off this mortal coil. You think grumpy pensioners are bad now? Imagine a third of the population who are still paying rent and have access to the delights of social media? In this future, Wetherspoons won’t be the only one to close their social media accounts due to too many customer queries and complaints: maybe HMRC and DWP will have to close their Twitter accounts and instead resort to hand-posted letters to curtail the barrage of online frustrations.

To add to this, the traditional workforce model is changing and young people will be disproportionately impacted. There are now an estimated 1.1m people in Britain’s gig economy – nearly as many as work for NHS England. The RSA found that those aged 16–30 are particularly attracted to the idea of gig work, with one in four saying they would consider some form of it in future.

Yes, Millennials will be the main beneficiaries of the automatic enrolment scheme, with the proportion of eligible 22–29 year olds with a private sector workplace pension increasing from 28% to 80%. But auto-enrolment is currently not part of the self-employment package. Pensions for the self-employed are another frustrating form to fill in, on top of tax returns. Paperwork is another barrier to setting up a retirement fund, especially if you are 22 and retirement is merely a distant speck on your savings horizon.

A number of resolutions have been proposed.

To tackle our housing fiasco the aptly named Resolution Foundation called for the government to offer more protection for tenants and longer contracts, so that people can build a home and not be in a constant state of residency limbo.

As for supporting our changing workforce, The Taylor Review called for auto-enrolment to become compulsory for the self-employed labour market, and the RSA called for a flat rate of tax relief that would boost the pension pots of millions.

Given the dwindling of homeownership, these suggestions must be taken seriously, not batted off by those who refuse to acknowledge the system isn’t working. Evidently younger generations are in need of more than a helping hand: they need definitive and unwavering rental and pension security from the government. Or else the combination of our broken housing market and the changing makeup of the UK workforce will lead to an enormous financial burden, paid for out of the tax payers’ inevitably shallow pockets.