In a series of question and answers, Allan Martin – an actuary and independent pension scheme trustee – reveals the huge and growing burden of public sector pensions, and the alarming implications for the future generations 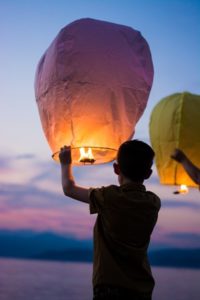 Just how significant are our unfunded public sector pension promises?

Very significant. A few statistics include:

How are benefits and contributions calculated?

Technical I’m afraid, but just like other interest rates (e.g. overdraft interest) these numbers are very important – you, your children and grandchildren are picking up the tab. The employee and employer contributions and benefits are calculated using the SCAPE interest or discount rate (Superannuation Contributions Adjusted for Past Experience). This rate is arguably the most important assumption in UK pensions. It is also arguably the least appreciated.

The SCAPE discount rate was significantly reduced in 2011 from RPI+3.5% to CPI+3% – the lower rate meaning higher contributions and lower benefits. This change was made at the same time as a major benefit and contribution review undertaken by Lord Hutton (see these links for the consultation, summary of responses, and individual responses). The SCAPE rate was further reduced to CPI+2.8% in March 2016. In setting the rate HM Treasury, with a public consultation and advice from the Government Actuary’s Department, considered that the rate should represent a fair assessment of costs* and protect Government income, i.e. its tax base, which in turn is largely dictated by growth in gross domestic product (GDP).**

Why is this an issue for intergenerational fairness?

Any shortfall between actual UK GDP growth and the assumed SCAPE discount rate basis will simply add higher pension payments to future government expenditure. The problem is not the monetary increase but the pension proportion of department budgets. For example a future fire service budget may have a 35% first charge for pensions compared to the current 25% outgo.

Unless total government revenue is increased (higher taxes), the department expenditures will have to be managed down via headcount and/or service reduction. Suggested cuts in police budgets have already invited the question: “Which crimes won’t we investigate in future?” Other tabloid headlines might include: “Guaranteed future austerity”.

What has been the actual experience?

GDP growth has been somewhat challenged since the financial crisis and that looks set to continue. Net migration, real wage growth and productivity all affect GDP. The March 2016 SCAPE adjustment reflected input on GDP growth from the Office of Budgetary Responsibility (OBR). Numerous downgrades of future growth have followed since.

The graph below (click on the graph, and again, for an enlarged version) shows how the last 10 years of GDP figures compare with the prescribed or assumed SCAPE discount rates. These coupled with the projected figures for the next five years suggest a massive intergenerational transfer.

What does that mean in £s?

Noting that the UK has approximately £1.5tn of unfunded public sector pension promises, a 1% funding or GDP growth assumption shortfall in any year equals £15bn. Whilst the 2008-09 financial crisis may be considered an exception, the GDP reversal is history and the effects won’t disappear. It is not difficult to pencil in a few more £15bn shortfalls (like 20) falling to Generation Z and their families.

So are these current pension promises fair and sustainable?

Yes – in that hard working and frequently undervalued public servants deserve a defined benefit pension promise, but No, in respect of the promised amount and the burden currently being transferred to future generations. Sooner or later politicians and voters will notice.

CONTRIBUTOR: Allan Martin is an actuary and independent pension scheme trustee. After a traditional career in established consultancy firms, he set up his own consultancy business in 2002. He now proudly claims to be North Ayrshire’s leading (= only) independent trustee, overseeing nearly £5bn’s worth of public and private sector pension promises.

Contributor’ s caveat: Usual, but necessary professional, caveat: no aspect of the foregoing should be taken as actuarial or investment advice. All the above comment is personal and not representative of any public or private sector pension scheme, employer or other organisation that I am connected with.