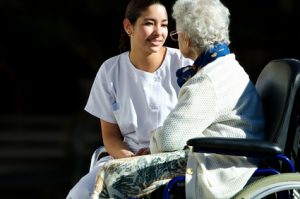 The Better Care Fund, a major government initiative which is designed to radically increase the level of integration between the NHS and local authority-run social care services, is failing to deliver the expected benefits, according to a recent evaluation of the scheme that was produced by the National Audit Office, the government’s financial watchdog.

The Better Care Fund is supposed to help find a solution to one of the biggest problems currently facing the NHS (in England) – the fact that, with an ageing population, thousands of frail elderly people end up using NHS services in hospitals who really need, but are unable to access, social care services either at home or in care facilities (such as help with the tasks of daily living, e.g. washing and eating).  The longstanding issue causing this problem is that the NHS has always been organised and funded by central government (under the auspices of the Department of Health), whereas, for historical reasons, responsibility for providing social care has rested with individual local councils around the country.

In a nutshell, since 2010 the budget for the English NHS has been held flat, while those of local authorities have fallen by around 25% (although it varies significantly from one place to another, as does the demand for social care). This has left social care services in many parts of the country struggling to cope, at the same time that growing numbers of elderly people are putting both health and social care services under increasing strain.

The issues preventing greater integration between the NHS and social care services are very complicated (a particularly significant one is the fact that the NHS is supposed to be free at the point of use, whereas social care has always been heavily means-tested – a distinction which is poorly understood by the general public). There is general recognition that for the government to spend enough money on social care to fund a service equivalent to the NHS would be ruinously expensive. However, expert opinion is virtually unanimous that greater integration is necessary if we want to produce better clinical outcomes and reduce pressure on the NHS (for example, the Barker Commission on the Future of Health and Social Care produced one of the most comprehensive arguments in favour of greater integration). Meanwhile, pressure on both the NHS and social care has been rising relentlessly – as was demonstrated recently during the BBC’s “NHS Week”.

The Better Care Fund tries to get around these problems by creating a new partnership between NHS England, the Department for Communities and Local Government, the Department of Health and the Local Government Association. It provides a single pot worth £5.4 billion, which is supposed to help fund the implementation plans that each local area in the country has come up with to help achieve greater integration between the local NHS and social care services.

However, the NAO’s report showed that it is not having as much impact as hoped. The Better Care Fund had a set of targets which have so far not been achieved. The report said that:

However, the NAO did detect some positives amid the gloom: the vast majority of officials involved in implementing the Better Care Fund said that they believed it was having a positive impact on increasing integration, and some indicators relating to the elderly people who are able to live at home (rather than in hospitals or care homes) have improved. Nevertheless, the NAO concluded that the scheme faces a very tough uphill battle to achieve the desired results while the health and social care services remain under such intense pressure. And if this solution can’t save the NHS, it raises big questions as to what will.