David Kingman reports on the recent study by the Royal College of Paediatrics and Child Health, which examined the health of British children 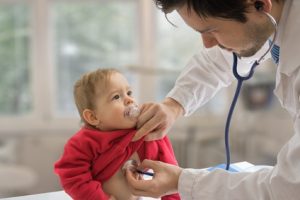 Policy-makers are paying insufficient attention to the poor health of too many of Britain’s children, according to a major study of child health which has been published by the Royal College of Paediatrics and Child Health (RCPCH). The report, which evaluated the health of Britain’s children across a range of 25 different indicators, revealed a number of significant areas of concern.

The RCPCH argued that the health of British children was particularly concerning in several specific areas. Firstly, the UK has one of the highest rates of child mortality (deaths among children under one year) in Western Europe, ranking 15th out of the 19 countries which were compared. Secondly, smoking during pregnancy, which is linked to a range of poor childhood health outcomes, is worryingly high in the UK: whereas just 5% of expectant mothers smoke in Sweden and Lithuania, the equivalent figures for Scotland and Wales are 19% and 16% respectively.

Thirdly, the RCPCH found that rates of breastfeeding in the UK remain low by European standards – only a third of British babies are being wholly or partially breastfed at six months, compared to nearly three-quarters in Norway – which is concerning because of the proven developmental benefits that breastfeeding provides to babies.

Fourthly, childhood obesity rates remain stubbornly high: more than one in five children are either overweight or obese by the time they start school, a problem which is linked to substantially increased risk of serious life-long health problems, including type 2 diabetes, heart disease, and cancer.

Fifthly, the RCPCH found that rates of smoking among children are still a concern: the percentage of 15-year-old children smoking regularly is 6% in England and 8% in Wales and Scotland. Even though smoking in general is on the decline in the UK, it remains the leading source of avoidable mortality in the country.

Finally, the RCPCH pointed out that around one in six young people appear to be regularly engaging in under-age drinking: in 2013/2014, 13% of 15 year olds surveyed in Wales, 11% in England and 13.5% in Scotland reported drinking alcohol at least once a week.

Professor Neena Modi, the President of the RCPCH, argued that inequality was imposing a major cost on the health of young people from poorer backgrounds:

“The health of infants, children and young people in the UK has improved considerably over the last 30 years. Many will lead happy and healthy lives. But… it is tragic that the future health and happiness of a significant and growing number is in jeopardy because of an alarming gap between rich and poor…. Poor health in infancy, childhood, and young adult life will ultimately mean poor adult health, and this in turn will mean a blighted life and poor economic productivity. The UK is one of the richest countries in the world; we can and must do better, for the sake for each individual, and that of the nation as a whole.”

The report sets out an 11-point plan for policy-makers to try to improve the health of Britain’s children, which includes creating a national child health and wellbeing strategy, banning all advertisement of unhealthy foods before 9pm, introducing a minimum unit price for alcohol, and improving the collection of data about children’s health, such as height and weight measurements. Whether these measures would be sufficient to compensate for the widening gap between rich and poor – and the toll it’s taking on the health of British children – appears to be the million-pound question.