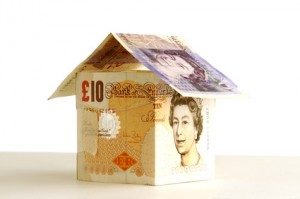 This winter has witnessed an almost constant weekly drumbeat of stories in the media about the crises affecting England’s health and social care systems. The funding shortfall facing local authority-run social care services, which are struggling to deal with the needs of Britain’s ageing population, has been especially well-documented; last November, the Local Government Association warned that the sector was potentially facing a £2.6 billion funding gap between supply and demand by 2020, even once the new money which councils have recently been allowed to raise from a hypothecated increase in Council Tax is taken into account.

Clearly, the debate over how we should fund our social care services is not likely to go away any time soon, with the latest interesting development being that Surrey County Council has proposed raising Council Tax by a further 15% to help it address this problem. Could radical increases in Council Tax offer a plausible solution?

After months of negative publicity surrounding the state of England’s social care system, the government responded last December by announcing that local authorities would be allowed to raise Council Tax by 3% in each of the next two years to help fix the system’s funding problems. However, critics argued that the additional resources this would raise would be insufficient to meet the task at hand; Norman Lamb, the former Coalition health minister who made tackling social care one of his major priorities, said it was a “truly feeble response to a national crisis”.

Council Tax is generally seen as an unpopular tax among the general public; hence, the government imposes strict controls over how much local authorities are allowed to increase it by each year. Councils cannot simply make large, one-off increases in Council Tax unilaterally, but under powers that were introduced in 2012 they are allowed to put increases in Council Tax to a local referendum to see whether the local electorate will willingly accept them.

This is the strategy that Surrey County Council has recently proposed; the Council’s leaders argue that since 2010 they have faced a £170 million reduction in their annual grant from central government and have made £450 million worth of savings, but they still face a large shortfall in their budget for statutory social care services. Hence they are proposing to put the 15% increase to their local electorate, which would see the typical family living in a band D property endure a rise of £190.24 a year.

Taxing the nation’s property wealth – which is currently quite lightly taxed compared to the situation in other European countries – could be a useful way of unlocking additional resources to help pay for social care, for a number of reasons. Research has shown that asset wealth (of which property is the most significant part) is shared far less evenly across the population than incomes, yet it is more lightly taxed; therefore, meeting the cost of social care from a tax on asset wealth would be a fairer way of doing so than by raising taxes on incomes. In intergenerational terms, it would also pass more of the burden on to wealthier members of the older generation, who are the main beneficiaries of social care.

However, the current system of Council Tax that we have in England raises a number of problems: firstly, while it is relatively progressive within local areas it is highly regressive between them (because wealthier areas can raise more in taxation than poorer ones as they contain more high-value properties); secondly, it is still based on property values from 1991 because they have never been updated (owing to the tax’s unpopularity); and thirdly, the amount of Council Tax on more valuable properties is relatively low as a percentage of their value, creating a perverse incentive for homeowners to live in homes which are much larger than they need at a time when there is a national housing crisis.

Therefore there is a strong case for fundamentally reforming the Council Tax system, but it seems unlikely that such an option will be on the table. Working with the grain of what already exists, increasing Council Tax would provide a somewhat progressive means of doing so, but it leaves the important problem that poorer areas (where demand for state-funded care is likely to be greatest) will raise far less revenue through this method than wealthier ones.

And that’s if they can persuade local residents to vote for large increases in the first place; only a single Council Tax referendum has actually been held since the new powers were introduced, in Bedfordshire, and that failed miserably with 68% of voters opposing it. The government is almost certainly correct that Council Tax is a very unpopular tax, which will only make solving the social care crisis even more challenging.