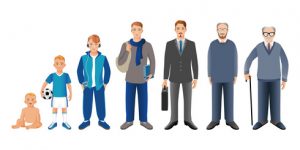 Part 1 of these two blogs about the Cridland Review of the State Pension age looked at the way in which the issues have been framed by the government in the terms of reference they have laid out for the Review to follow. This blog will consider a few of the important issues and challenges which these raise for future State Pension policy.

Perhaps the most important thing to say about the Cridland Review is that it should be an extremely valuable exercise. The Coalition government made an important decision when they crafted the 2014 Pensions Act to leave future decisions about the State Pension age to technocrats instead of politicians, because this should take most of the controversy out of what would otherwise be a highly politicised debate (raising peoples’ pension age is never going to be a popular policy).

However, this method of policy-making has its drawbacks. Most importantly, the Cridland Review can only consider the issue of the State Pension age in isolation, without other important issues which will influence how and when people retire being within its ambit (such as the future direction of policy towards private pension saving, or the actual value of the state pension in relation to earnings).

For the sake of argument, you could even say that it’s too early to trying to set in stone the State Pension age that will apply in forty or fifty years’ time when we simply have no way of knowing how the world of work and retirement will change between now and then. The Cridland Review’s interim report contained a nod towards the shifting nature of retirement when it said that people are changing from “the old model of a fixed retirement age leading to a defined period of retirement to a more flexible approach where people may wish to work part-time or change career in later life”, but a more thorough consideration of the changing nature of retirement appears to be beyond its remit.

Even the relatively narrow range of issues which the Cridland Review has been invited to consider raise some significant questions.

The Cridland Review also faces plenty of other challenges which the interim report acknowledges. For example, the problem of rising longevity being unevenly distributed between wealthier and poorer retirees, which means that setting a single state pension age for everyone, regardless of background, could begin to look increasingly inequitable if these social divides widen even further.

It seems the biggest question of all should be: can the government really take the politics out of the State Pension? The Cridland Review will be the acid test of that proposition.

The public consultation will be open to submissions of evidence until 31 December, so IF would strongly encourage anyone who takes a view on pensions to contribute evidence via the consultation’s website.