Tom Anderson, a second-year PPE student, considers the long-term rise in student numbers, and whether this is a cause for concern 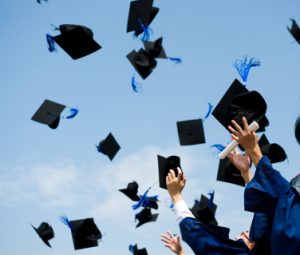 On Tuesday, the Office for National Statistics (ONS) released information about the UK student population showing that in May−July 2016 there were 1.87 million people aged 18−24 in full-time education. This amounts to roughly one third of that age group. This compares to 984,000 in March−May 1992.

This is a long-term trend, with measurement starting from when John Major changed the status of all polytechnics to full university status. Then during the New Labour years, Tony Blair famously declared his intention to get 50% of young people into education (this is higher than the ONS figure because the ONS figure measures only those currently at university). Whilst the number has levelled off in recent years, the former Chancellor, George Osborne, lifted the cap on student numbers at each university in 2015, suggesting that there is little political appetite from any party to lower the proportion of young people going into university education. This is understandable. A better economy requires better jobs, which require a better-educated workforce.

Politicians are clearly keen to expand university numbers, and it is hardly surprising if young people are too. The options for non-university-goers are not particularly appealing. Youth unemployment has been high in recent years, and although it has come down somewhat, it is still well above the average for the whole working-age population. For May to July 2016, the unemployment rate for 16−24 year olds was 13.6% compared to 4.9% for the whole population. Furthermore, those young people are disproportionately likely to be working on a zero-hours contract. There is also a lack of good apprenticeships in this country, despite cross-party support for increasing the number and quality of apprenticeships. According to the Sutton Trust, the majority of apprenticeships are not of a high quality: “many…offer little value for the apprentice and only marginally better lifetime earnings than secondary school qualifications alone.”

But a cause for celebration, surely?

It is not immediately obvious, however, if ever-increasing proportions of young people going to university is a positive thing. There are three main reasons to go to university. The first is to improve your skills and equip you for certain jobs which require a degree. The second is as a kind of “signalling”, through which you prove your ability to employers by going to university, despite the fact that a degree is not required to do that job. Finally, of course, many people may want to go to university for its own sake, because they enjoy the educational and social aspects in their own rights.

The crux of the matter is understanding whether universities are genuinely improving the skills of the workforce, or just acting as a signal. If it is the former, then we should celebrate the fact that we are providing important skills to the workforce, which should boost the national economy and employment prospects. However, if the real story is that young people are being forced to get on the university treadmill just to get a job that a school-leaver could do, then we should perhaps be considering whether this is a useful educational strategy. If this is the case, then the more people who go to university, the less useful a degree becomes, and people will simply be pushed into post-graduate education in order to differentiate themselves again. This risks becoming a waste of three years, in a zero-sum game of qualifications, leaving students indebted to the tune of £53,000.

A 2016 IF paper found that “graduates now find themselves applying for jobs not previously requiring a degree (such as sales, estate/recruitment agency, admin.), where employers, previously requiring A-levels or less, now demand an upper second-class degree.” Furthermore, in 2013 the ONS found a massive 47% of graduates in non-graduate jobs. This is not a good sign. In addition, the IF paper found that, for many students, the graduate earnings premium is no longer sufficient to cover the cost of tuition. A generous estimate of the graduate premium of £100,000 spread over 45 years provides a boost of only £2222 per year, and for those who are not at the most prestigious universities or studying the most sought-after subjects, the financial implications of going to university may well be negative. This is due both to the high and rising levels of tuition fees, and also to the growth in the debt caused by high interest rates on the loans.

There is a strong risk that we are pushing young people into an unnecessary university education. We should of course encourage those who want to go to university to gain higher qualifications, go into academia, or wish to learn for the sake of it. But for those who are simply wishing to get a job after school, and feel that going to university is the only way to achieve this, we risk not only wasting three of their years in education, but pushing them into £53,000 of debt, much of which won’t be paid back, but will act as a drag on their future income and living standards.