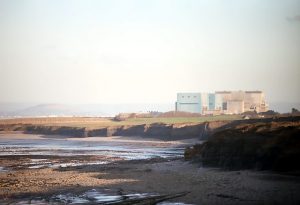 After months of uncertainty over whether French the energy firm EDF would ultimately invest in Hinkley Point C – the new nuclear power station which is planned for England’s south coast – Theresa May’s government made the surprising decision last week to postpone the commencement of the project just at the very moment when it looked set to go ahead.

Could the “radioactive white elephant” – to use Greenpeace’s phrase – have finally been stopped in its tracks?

The drama unfolded over the course of several hours on Friday 29 July. Although the framework for the Hinkley Point deal has been in place for months – under which a consortium led by EDF and China General Nuclear Power Corporation (CGN) would meet the project’s £18 billion building cost in return for receiving a guaranteed fixed price of £92.50 per MWh for the next 35 years – there has been significant uncertainty over whether EDF was prepared to deliver on its end of the bargain, especially in the wake of Brexit.

However, following several previous postponements, a final decision was taken by the company at a board meeting on Thursday 28 July to invest in building Hinkley Point. On the Friday, it was expected that EDF, CGN and the government would sign the necessary contracts that had been drawn up to make the arrangement legally binding; construction was due to begin shortly afterwards. Chinese officials representing CGN had even arrived in the UK, according to the BBC.

To everyone’s surprise, the government suddenly announced that it would no longer be signing the deal. The official reason it gave was that, following the recent change of leadership, Theresa May’s new team wished to review the details of the project to make sure it was still in the UK’s best interests. Subsequent speculation by the media suggests that influential figures within the new government have concerns about the national security implications of allowing state-owned Chinese firms to build the UK’s critical infrastructure.

IF has been sceptical about the value of building Hinkley Point C (HPC) from the beginning: earlier this year we published a research paper, Toxic Time Capsule: Why nuclear energy is an intergenerational issue, which argued that there was no sound economic case for building Hinkley Point given that it could ultimately cost the public purse at least £30–40 billion over the next few decades (another way of looking at it is it could cost every child under 16 years of age between £14,000 and £18,000 each over his or her lifetime).

Criticisms of the economic model underpinning the Hinkley Point deal were echoed by a number of expert witnesses who appeared before the Energy and Climate Change select committee in March, and in a recent report by the National Audit Office (NAO).

The NAO report particularly highlighted the unpredictable costs which future generations of UK taxpayers could be exposed to because of the way the Hinkley Point deal has been structured, and its authors expressed a degree of scepticism that such a complex financial arrangement with the private sector was either necessary or desirable:

“We estimate that future top-up payments through the HPC CfD [Contract for Difference] have increased from £6.1 billion to £29.7 billion since the Department and EDF agreed the strike price in 2013… Private finance is more expensive than if the government funded new generating sources, but can be value for money provided the benefits from risk transfer (such as construction risk) and commercial disciplines outweigh the costs.”

There are two paradoxes in these latest developments. Firstly, that after months of uncertainty when it looked like EDF might pull out of the deal, it should be the government that actually slammed on the brakes just at the moment when EDF was finally ready to commit. Secondly, that it appears to be concerns about national security which are responsible for the government’s new-found trepidation about closing the deal, when economic arguments against building it look far more forceful (national security concerns were barely mentioned by the NAO, for example).

It seems unlikely that the government could really climb down from building Hinkley Point C at this stage without severely damaging its credibility; but if it is genuinely going to reconsider the pros and cons of building it, then the powerful economic arguments against Hinkley Point deserve to be given their due.