David Kingman reports on the findings from a new study by the insurance firm Aviva, which looks at the impact of rising house prices on intergenerational living 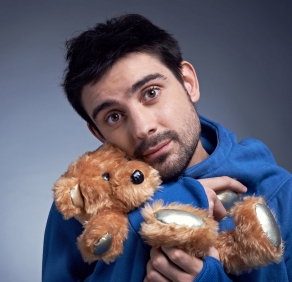 A new report by the insurance company Aviva has confirmed that intergenerational living is on the rise in Britain, fuelled by rapid growth in the nation’s house prices.

According to Aviva’s report, Changing Households, a million more people aged 21 to 34 will be living with their parents by the year 2025 compared with today, which is a third more than the current total. This estimate is based on the assumption that house prices will continue increasing over the next ten years at the same rate as they have over the last decade, which will prompt an ever-increasing number of young people to live at home while they can’t afford either to buy or to rent.

The desire to save on paying rent while saving up for a mortgage deposit will be one of the biggest factors driving this trend, as a survey of 2,000 adults which Aviva undertook as part of this project found that this is now the second most common reason people give for moving back in with their families, beaten only by the need to care for unwell relatives.

As Aviva’s Lindsey Rix said when commenting on her company’s report: “Multigenerational living is often seen as a necessity rather than a choice, particularly when adults are forced to move back in with family to help save for long-term goals like buying their own house. But rather than being an inconvenience, our report shows it is often a positive experience, with shared living costs reducing financial strain and the added benefit of constant company.”

Shouldn’t we be more concerned?

However, although intergenerational living arrangements will undoubtedly work well for many families, the idea that millions of young people are entering into them out of necessity rather than choice isn’t something which society should be complacent about.

As David Cameron himself said in his speech to the Conservative Party conference last October, “When a generation of hardworking men and women in their 20s and 30s are waking up each morning in their childhood bedrooms – that should be a wakeup call for us. We need a national crusade to get homes built.”

Although the particular weapons which are being deployed to try to win that “crusade” (such as Starter Homes and Help to Buy) are questionable, the central thrust of what the Prime Minister said – that something has gone wrong with British society when so many hard-working young people have no chance of being able to get on the property ladder – is undoubtedly accurate.

For that to change, the trend which Aviva predicts – of house prices rising by over 50% from their current levels during the next decade – surely can’t be allowed to come to pass. However, when so many home-owning voters have a stake in maintaining prices at their current levels, keeping them on-side and solving the problem that the Prime Minister so succinctly diagnosed in his conference speech looks like a circle that will be very difficult, if not impossible to, square.