A discussion with a consultant psychiatrist causes Angus Hanton, co-founder of IF, to reflect on the particular impact that mental health problems, and their treatment under the NHS, affect younger generations 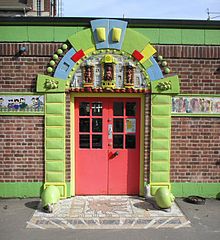 A consultant psychiatrist told me recently, “If I discharge a 70 year-old from my care she will usually end up in a care home with 24 hour care, whereas if I discharge a 21 year-old under the same conditions he is more likely to be housed in a bed-and-breakfast for a couple of weeks and then become homeless.”

He went on to say that the core problem of mental health in the NHS is too few resources compared to those available for physical ailments, which he says really matters because younger people are more likely to have new mental health illnesses than older people.

Such problems, he explains, usually become apparent between the ages of 15 and 25 – issues like psychosis, schizophrenia, depression, and bi-polar disorders. The importance of mental health can be gauged by the following statistic: one in six people will have a cardio-vascular issue at some time in their lives, but one in four will have a mental health issue.

My consultant friend also bemoaned the changes he has seen in the last 20 years: there used to be day hospitals, rehab programmes and sheltered job opportunities, but these have now largely gone. Companies and various NGOs which used to offer large numbers of sheltered jobs would take pride in offering such help, but today this help has disappeared.

Another thing that has changed is the pressure on young people in cities where over the last 10 years mental health admissions have been increasing steadily. There is some evidence that young people in cities are under more pressure and are less able to cope with modern life compared to contemporaries in rural areas. It’s not obvious how to deal with this but certainly high housing costs, long commutes and insecure employment for young people cannot be helping.

“The challenge is double one – both getting people into hospitals and getting them out.” He meant that access to health services is patchy and unsatisfactory, but that there is also a “bed-blocking” problem once people are in the system.

Access is a particularly difficult in mental health where, he says, it’s still the case that many people on the front line are inclined to think that if you look OK you are OK. This is a more pronounced problem than it was in the past because someone suffering from mental health issues is now less likely to see a qualified doctor and is more likely to see a nurse who may or may not have the experience and training to recognise their condition.

No one doubts that mental health issues are somewhat easier for wealthier people, who can buy in the help they need. Also those with more comfortable lives are less likely to be subject to the pressures of violence, drug abuse and poverty.

The point that my consultant friend was making is that this is also a challenge of intergenerational fairness because young people are hit hardest by cuts in NHS spending on mental health and in practice they also receive less help.