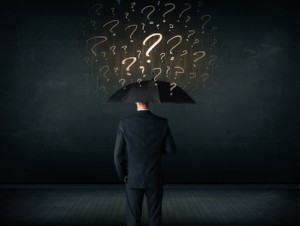 One of the government’s most significant policies – the introduction of the new “flat-rate” State Pension for people who reach retirement age after April 2016 – has been so poorly communicated that few older people understand exactly how much they will receive, according to the findings of a new report from the House of Commons Work and Pensions select committee.

At the heart of the communication problems is the issue that the majority of recipients will get less than the full amount which the government has publicised – so when is a flat rate not really a flat rate?

“55%” will get less than the full amount

The government’s intention was to simplify a system which many people have argued is too complicated. Essentially, they have abolished the Second State Pension – a means-tested top-up which pensioners whose overall income falls below a certain threshold can receive – and overhauled the existing Basic State Pension to create a single benefit which is supposed to have a “flat rate” of £155.65 for everyone.

However, the new system is actually a lot more complicated than it sounds because the supposed “flat rate” has qualifying conditions; the recipient needs to have made enough years’ worth of National Insurance Contributions during a specific time period in order to get the full amount. Not meeting these conditions results in the benefit being reduced; conversely, it’s also possible to get more than the “flat rate” from having made additional contributions.

The new report from the Work and Pensions select committee estimates that 55% of people claiming the new State Pension during its early years will actually be due to get less than the full amount, while 32% will get more; in other words, hardly any one will be getting the full “flat rate”, at least while the new system is still in its infancy. Eventually, the committee estimates that by 2040, 80% of State Pension recipients will get the full flat rate, but even that will still leave 1 in 5 who will not.

The report criticises the government for relying largely on general marketing campaigns to tell people about the changes, rather than automatically giving every individual who will be affected an accurate picture of their State Pension. They recommend setting up a dedicated telephone hotline for people who might get less than the flat rate, and endorse the government’s online pensions dashboard, which is due to come into use in 2019.

In launching the report, the committee’s chairman, MP Frank Field, provided a succinct summary of the problems with the new State Pension:

“The New State Pension will ultimately be a welcome simplification of an over complicated system. The problem is that failures of communication mean that too few people understand it. The Government seems to have managed to muddle its communications to the point where neither the winners nor losers yet know who they are.”

Talking of winners and losers under the “flat-rate” system, one group who almost certainly aren’t aware that they stand to lose out from the new system are today’s young workers; a report by the Institute for Fiscal Studies (IFS) has warned that almost everyone who was born after 1986 will receive less from the new system than they would have got out of the one it is replacing.

Those who are approaching retirement undoubtedly need to have an accurate picture of their State Pension entitlements in order to help them plan for the short term. But the needs of much younger people should also be on the government’s mind, as the government has done a very poor job of telling them that they will need a bigger private pension in order to replace the State Pension they will no longer be getting.