David Kingman reports on the latest estimate from the ONS of the number of people employed using so-called “zero-hours contracts”, which is higher than previously thought 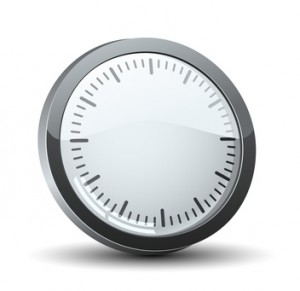 The number of people who are employed using so-called “zero-hours contracts” could be higher than previously thought, according to the latest estimate from the Office for National Statistics (ONS). Using data from the Labour Force Survey, one of the main national sources of data on employment and earnings, the ONS has concluded that over 800,000 people are now being employed using them.

So-called “zero-hours contracts” are employment arrangements under which workers are called up to provide their services as and when their employers need them each month, with no guarantee of how much work (if any) they will be offered.

The ONS first began producing an estimate of the number of people employed using zero-hours contracts in 2014; these new figures represent the first biannual update of this dataset. According to the Labour Force Survey, 801,000 people were employed using contracts that did not guarantee a minimum number of hours in the fourth quarter of 2015, which represents 2.5% of the employed workforce.

During the same period in 2014, the ONS estimated that there were 697,000 people employed using zero-hours contracts, so the number recorded appears to be increasing. However, the ONS cautions that it is impossible to say definitively how much of this increase represents a genuine rise in the number of people who are employed on zero-hours contracts, and how much is down to more of the people being surveyed recognising that they are on one.

The data also indicate that certain demographic groups are over-represented among those who are employed on zero-hours contracts. Specifically, they are more likely to be young, part time, female, or in full-time education when compared with other people in employment.

Differences in the use of zero-hours contracts by age are particularly significant. People aged 16–24 account for 38% of all those on zero-hours contracts, whereas members of this age group make up just 12% of the labour force as a whole. This is probably because younger workers are disproportionately likely to be employed in the type of relatively low-skilled service sector jobs where zero-hours contracts predominate, such as retail and hospitality.

This raises an interesting question about the extent to which the growth of zero-hours contracts has been a positive development for workers. On the one hand, there can be advantages to being on a zero-hours deal, particularly for groups who need a large amount of flexibility because they have other commitments, such as students. This is why it comes as no surprise that people in full-time education are disproportionately likely to be on them.

On the other hand, the large share of workers who are employed using zero-hours contracts who say they want more work suggests that these contracts are not working for everyone. Their obvious drawback is that, once people acquire regular bills and responsibilities such as children or rent, they need a reliable income to be able to meet them. There is a danger that certain industries may be moving wholesale towards irregularisation because it suits the needs of employers – charity fundraising and the old-age care sector have both been accused of doing this in particular – when the result is to deny young people who might want to build a career in those industries the chance of stable employment. For a growing share of the workforce, it appears that irregularity with regard to both work and housing is increasingly becoming a fact of life.