Tomesha Campbell of Our Task* reflects on the US Supreme Court ruling to block the implementation of President Barack Obama’s Clean Power Plan, and what the states and the energy sector are doing to lessen climate change – and how the Supreme Court decision will impact the international climate agreement. 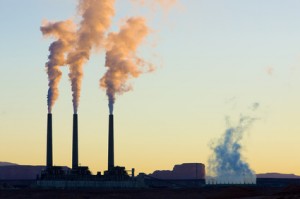 On 9 February, in a 5-4 decision, the Supreme Court of the United States (SCOTUS) “stayed” (put on hold) the enforcement of the Clean Power Plan – a plan which President Barrack Obama hailed as the “most important step” toward addressing climate change. Opponents of the Clean Power Plan claimed that the US Environmental Protection Agency (EPA) had overstepped their authority as a regulator. The EPA counter they have the authority to regulate carbon pollution from the energy sector. While some states approve of the block, others are forging ahead to reduce carbon emissions in spite of the decision.

The biggest challenge that President Obama and the EPA now face has come again from SCOTUS, but not in the form of a court decision. The death of Supreme Court Justice Antonin Scalia on 13 February has led to questions about the survival of President Obama’s Clean Power Plan and the potential unravelling of the international climate agreement. Understanding how the SCOTUS decision will affect climate action is essential to identifying the actions that we can take for climate today.

A victory for the energy sector

The Clean Power Plan encourages states to depend less on coal and more on cleaner energy sources, such as wind, solar and natural-gas fired power. Although the plan is a win for the environment there are economic costs for states that depend on the mining sector and energy sector for employment, earnings, gross domestic product and tax revenue. For this reason, the State of West Virginia along with 25 other states filed suit against the EPA to challenge Section 111 (b) Rule that would regulate new coal-fired power plants. The SCOTUS decision to block the implementation of the policy has been a victory for the opposition that have accused the EPA of forcing states to implement a policy that is contrary to their needs. As the block is only temporary, the US Court of Appeals for the District of Columbia Circuit is scheduled to hear the oral arguments in June to determine the future of Obama’s Clean Power Plan.

An issue of interpretation

The DC Circuit Court of Appeals must decide if the EPA’s actions are merited under the law and if they in fact have the authority to regulate Greenhouse Gas (GHG) emissions from power plants. States argued the EPA is in violation of the US House of Representatives’ interpretation of Section 112 (d) of the Clean Air Act by attempting to regulate an emission source that is already subject to Section 112 rules. The EPA contends that GHG emissions have NOT been previously regulated; therefore, under the US Senate interpretation, the EPA CAN regulate GHG emissions. The question that the DC Circuit Court of Appeals must answer is if the law authorizes the EPA to: (1) overhaul the nation’s power system and (2) determine the best system of emission reduction.

The block has had little impact on the decision of Colorado, New York, California, Virginia and Wisconsin to initiate polices to curb GHG emissions from power plants. A few states recognize that reaching the targeted 32% carbon emissions cuts by 2030 requires acting now. The electricity sector accounted for 31% of GHG emissions in the US, and transitioning to cleaner sources of energy can greatly reduce emissions from electricity. States have begun developing strategies to comply with the Clean Power Plan with the intention of securing the health of citizens, promoting the sustainability of the environment and boosting economic growth without creating adverse effects for the energy sector. New England states, for instance, have been active during the last few years in campaigning to shut down coal plants, blocking new natural-gas pipelines and advocating against new natural-gas power plants. Irrespective of the block from SCOTUS, many states will continue investing in emerging clean energy sources.

The Clean Power Plan creates a framework for the US to pursue cleaner energy options, but it is up to those producing GHG emissions to develop plans to cut their carbon emissions now. One such emitter that has taken a stance for climate is the Tennessee Valley Authority (TVA). TVA developed a 20-year power plan which is a low-cost solution that meets future power demands while complying with federal regulations. TVA has cut its carbon outputs by 30% since 2005, with projections to reach 40% by 2020 and 65% by 2030. Even though TVA has been criticized for the shutdown of coal-fired power plants, they have remained committed to diversifying their energy resources to provide safe, clean, reliable and affordable energy to consumers. It is unlikely that a decision for or against the Clean Power Plan will deter TVA from the pursuit of cleaner sources of energy production.

The future of the climate agreement

Understandably the death of Justice Scalia has created a stir in the environmentalist community and led to questions of the impacts this will have on the international climate agreement. SCOTUS blocking the implementation of the Clean Power Plan put the credibility of the US in question and gave way for other nations to consider backing out of the climate agreement. The death of Justice Scalia changed the future of climate action, as a 4–4 split in SCOTUS will likely lead to the DC Circuit Court of Appeals ultimately deciding the fate of the Clean Power Plan. As the judges on the panel have ruled favourably toward the EPA in the past it is likely that the Clean Power Plan will be upheld.

However, a victory in court may not be enough if President Obama’s successor chooses to pursue climate actions that are contrary to the climate agreement. Depending on who wins the 2016 US Presidential election, climate may once again take a back seat to the demands of the energy sector. Thus, it is essential that the energy sector and states recognize that they have a moral responsibility to act in the best interest of society. The decisions we make today will impact our lives and those of the next generation. We must ensure that the impact is one that supports climate action and does not hinder our commitment to sustainability.

*The mission of Our Task – an “independent network of global citizens” – is to “transform young adults into global thinkers and empower them to lead the next generations in building a sustainable future.”