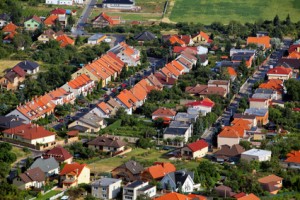 Housing developers should face financial penalties for not building homes which have been granted planning permission to help solve Britain’s housing crisis, according to the Local Government Association (LGA). Would this solve the real problems?

The power to levy financial penalties on developers who don’t implement their planning permissions for new homes was one of several which – the LGA argue – councils should be given to help accelerate the delivery of more housing. Others include an increased capacity to directly invest in building new housing and new powers to help them address the shortage of skilled workers facing the construction industry.

The LGA points out that, according to their data, there are currently 475,000 outstanding permissions to build new homes which have yet to be fully implemented, and this number has risen significantly in recent years. They argue that developers who do not fully implement a planning permission that has been granted for new housing within the statutory time limit of three years (after which the permission expires) should be forced to pay Council Tax on the unbuilt properties.

Politically, this call from the LGA represents their latest attempt to argue that the planning system is not to blame for Britain’s shortage of new housing. The LGA’s housing spokesman, Peter Box, told the BBC that the number of unimplemented permissions shows that local councils are “not a barrier” to housing delivery.

However, that claim was refuted by John Stewart of the Home Builders Federation, an industry body, who said, in response to the LGA’s suggestion, that “too many sites are stuck in the planning system, with an estimated 150,000 plots awaiting full sign-off by local authorities.”

As Britain’s housing crisis has received an increasing amount of attention from the media and policy-makers over recent years, there has been a growing tendency for both the building industry and local planning authorities to argue that the other bears most of the responsibility for the inadequate supply of new housing. In 2011 the Royal Town Planning Institute even went so far as to publish a document entitled “Top 5 Planning Myths”, which included “planning forces house prices up”, in response to some of the claims made against planning by politicians and house builders.

As in the LGA’s latest proposal, much of the debate between the two sides focuses on the practice among developers of acquiring land and obtaining planning permission without actually building new homes, known as “land-banking”.

This is an area of significant controversy. On the one hand, it would be completely unrealistic to imagine that all 475,000 of the new homes which have been permitted could be developed in one go. Many are on large developments which take years to build out, and there is only so much labour and capital available to facilitate their development. Land-banking is understandable given the length of time that it takes to prepare a site for development: the government’s Callcutt Review of house building in 2007 estimated that on a large site it can take as long as four years to go from acquiring the land to actually selling the houses. It means that housing developers need to plan their delivery pipelines several years in advance, and to be able to respond to shifting economic conditions.

On the other hand, it needs to be acknowledged that a situation in which housing output remains low and therefore prices are high suits the housing developers, who certainly don’t want prices to fall, so the planning system is clearly not the only barrier to increasing supply.

Ultimately, another way of looking at this issue is to say that the fundamental tension isn’t between planners and developers, but between housing as a social good and housing as an economic commodity. If the government’s recent decision to directly commission the building of 13,000 new homes is an indication that the former view is slowly overtaking the latter in government policy, then the housing crisis may finally start to be addressed.