The mission of Our Task – an “independent network of global citizens” – is “to transform young adults into global thinkers and empower them to lead the next generation in building a sustainable future”. Here Our Task’s Tomesha Campbell reflects on the key issues that need to be addressed at the current United Nations Climate Change Conference 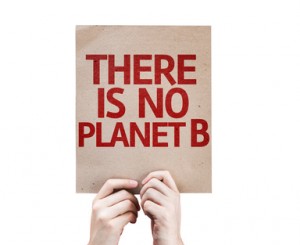 The UN COP 21 Climate Summit that began on 30 November in Le Bourget, France, brings together the nations that have made a commitment to take action for climate. Ahead of the summit, attacks in Paris, Beirut, Tel Aviv and Bamako arguably threatened to change the agenda from climate to the rising threat of terrorist organisations. These attacks in many ways enforce the agenda by illustrating that there are gradual trends that have given rise to environmental, economic and political shifts that can no longer be ignored. Big change is needed to bring to those who have long been uninvited to the negotiating table the opportunity to discuss their concerns for the future of the world.

Gerald Barney, founder of Our Task, emphasised this point in a recent presentation for the Global 2100 Project in which he stated that “we cannot expect to live in peace when millions live in war.” There are millions of global citizens living in war-ridden areas in which they have very little hope for peace, while others are granted every opportunity for advancement.

Our global leaders need to go into COP21 with the plan of not only leaving with a universal climate agreement, but a deeper understanding of how individual actions are affecting the world in which we must all live. They must do this in consideration of the benefits they will create for our next generation of leaders and global citizens.

The sustainable solutions that are developed from this summit should be aimed at ensuring that the generations to come have access to food, reliable drinking water, electricity, and other resources that should be guaranteed to all as a basic human right. Currently, billions of global citizens live daily without access to these resources, and human activity is making our once abundant resources limited to less of the world population. As our energy demands continue to grow there will be an increased strain on our climate as well as the resources that are required for basic human survival.

In the World Energy Outlook 2015 the International Energy Agency (IEA) reported that approximately 1.2 billion people live without access to electricity. That is 1.2 billion people with limited access to clean cooking facilities who will be at risk of exposure to poisonous emissions from indoor open fires and cooking stoves. This is another reason that it has become increasingly important as a UN Sustainable Development Goal (SDG) to achieve universal access to energy.

Without a climate agreement that takes into consideration the potential adverse effects that the growing energy market will have on our environment, additional burdens can be placed on regions in which water scarcity and sanitation are already a rising problem.

UNICEF and the World Health Organization reported in their Progress on Sanitation and Drinking Water 2015 Update and MDG Assessment that over 90% of the global population have gained access to reliable drink water since the establishment of the Millennium Development Goals (MDGs). That percentage is remarkable, but 663 million people still lack access to improved drinking water sources.

There are 2.4 billion people that lack access to improved sanitation facilities with approximately one billion people still practising open defecation. Though these numbers are likely to improve in the coming years, they serve as an example of the underlying factors that have led to the political, social and economic environments that we live in today.

The business-as-usual model (Plan A) has contributed to a world in which people are motivated to achieve their own needs without considering the consequences that their actions will have on the human population. This is the reason that our global leaders must acknowledge that we can no longer continue to do the same things we have been doing and expecting a different result. Instead our global leaders must formulate an agenda that takes into consideration how our actions from now on will have an impact on our global futures (Plan B).

Our Plan B approach will be full of uncertainty, but if we fail to act now we can be certain that we are leaving little hope for our future generations. Those that come after us will have to fix generations of mistakes and generations of inaction that have contributed to a world that many of us will no longer recognise. That has provoked fear in today’s youth, and caused many to act through global movements such as Climate Strike and Global Climate March on the weekend before COP21 as a wakeup call for youth to take action.

The wakeup call for our global leaders should be all the cities around the world that have lost their voices and who are plagued on a daily basis by the actions of those who do not have their best interest at heart. It is time that global leaders started taking the needs, hopes and dreams of our global citizens into consideration.

Doing what has been comfortable has not helped us reach our universal goals, but there is opportunity for improvement. There is the chance that, if we take the necessary risks, we will receive a reward that can be shared across continents. We have allowed ourselves to be comfortable with not taking action for climate for so long. Now it is time that we become comfortable with not only taking action on climate, but building a sustainable future that will benefit our generation as well as the generations to come.