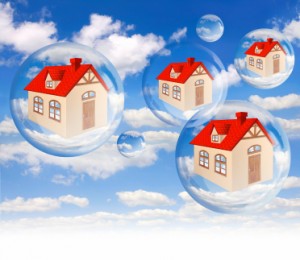 JC: “We should invest in a large scale house building programme. We should be aiming for at least 100,000 homes a year available for social rent. We need to build an additional 240,000 homes a year just to meet current demand – and we know we have a long waiting list for social homes. If we tackle our housing crisis it would help address health, education and other inequalities, strengthen local communities and naturally lead to a fall in Housing Benefit expenditure. The recent report by Capital Economics for SHOUT made the unequivocal economic and financial case for building 100,000 homes a year for social rent. We can and must be ambitious.”

So far, so good, but where will these homes be built?  Not on the Green Belt, according to Jeremy Corbyn’s previous statement to the London Labour housing group:

JC: I would be very cautious about [relaxing restrictions on the Green Belt]… Developers will nearly always argue for the release of green belt land because it is easier for them compared to developing brownfield sites. But we don’t simply want our towns sprawling outwards with reliance on cars growing – and the green belt has prevented that to a certain extent. Any widespread relaxations would also risk inflating the land values of green belt sites, without careful planning requirements being set in place first.

So maybe somewhere out beyond, according to Sadiq Khan, who once argued that we must “look outside London” in an essay on housing policy he wrote for the Fabian Society:

“The last Labour government to inherit a housing crisis near the scale we face today was Clement Attlee’s. Within a year of taking office, the Labour government opened the first of eight new garden towns in the south east. These new towns provided wonderful environments for London’s workforce to live in, with quick and easy commuter links into the city. They eased the pressure on London’s housing stock and, crucially, were built far quicker than could have been possible within the city.
Everyone recognises that new cities must play a major role in London’s future, yet nothing is happening. If we win the general election (sic), we must urgently get on with the job. We will give new town development corporations the financial backing and additional powers they need to get on and build the next generation of new towns and garden cities.”

So, the answer to Steve Hilditch’s question is “no”, because there is still no consensus on where to build the new homes we need.

Financing new housing really is not the issue. The report from Capital Economics referred to above addresses concerns about funding new social housing, but does not answer the question of where it should go. In its Executive Summary, this is what it has to say on supply:

“Building more social rent homes is a realistic and practical policy. Given current conditions in labour and materials markets, and the need to secure sites, there cannot be a step change in residential construction overnight — but our analysis suggests that a steady build-up to 100,000 new homes annually by 2020-21 is reasonable. This gives adequate time for the construction industry and its supply chain to develop the necessary capacity. Likewise, social rent housing providers, and their investors, will have sufficient time to plan properly new housing developments under any new funding regime.”

Note the emphasis on the “how” of building new social housing, but nothing on the “where” – and the terms “brownfield” and “Green Belt” are not even found when searching the rest of the report – so the idea of building 100,000 new homes by 2020-21 is unfeasible, let alone the 240,000 required in total.

Capital Economics is not alone in evading the question of “where”. There is a weight of research – including the winning entry in last year’s Wolfson Prize for Economics – which argues the best option would be a well-planned extension of existing cities out into their surrounding Green Belt, but if even a radical politician like Corbyn doesn’t accept this idea then clearly the “turning point” is still some way off.

Until there is agreement about building enough new homes where there are shortages, the only turning going on will the young people being turned away from the areas where they grew up in a process resembling social cleansing.