Some leading academics insist that the disparities in wealth and social opportunities within generations are more significant than the inequities between generations. Tim Lund looks at how these issues were raised in a recent public debate 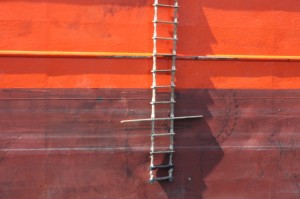 Speakers at the British Academy debate “Benefit or Burden? Coming to terms with Ageing Britain” (on 26 February) gave the strong message that it was unwise, perhaps even immoral, to raise the spectre of intergenerational inequity, because it undermines the need for solidarity across the generations.

During the debate Professor Sir John Hills from the LSE showed a series of slides putting actual numbers to what is often perceived as intergenerational injustice, e.g. (as seen at 38:30 of the video recording) that £12K per annum – half the average disposable income – would need to be saved throughout a working life to bridge the gap between the wealth today of 25–34 year-olds and 55–64 year-olds. This is not going to happen.

Another slide (at 41:23) showed the extent to which some generations have done better than others, which prompted Evan Davis, the evening’s chairman, to raise a query. To which John Hills responded that it would be a problem “Only if you stop the game.”

“… It is not in the interests of younger members of the audience to stop this game, because you are out of pocket when you hit the age of 65, and you really want to keep this going, and as long as the population keeps on growing, the game can keep on going.”

He illustrated this with a slide (42:40) showing the difference between median incomes by age group and the overall median income in 1997/98 and 2010/11, so summarising the impact of the last Labour government. His point was that, although older generations were better off relative to the rest of the population than they had been, their incomes where still way below those of people aged 21 to 61 – in other words, the working age population.

Tales of the expected?

I wonder if I am missing something here, since most people would expect this 21–61 age group’s incomes to be higher. How else can they be expected to save for their retirements? So, without some agreed-upon reference point for how income should be distributed by age group, all that can be concluded, provisionally, from this slide is that the last Labour government’s interventions have in fact been massively favourable for older generations.

It would be interesting to see evidence of policies during the same period which unambiguously did address intra-generational inequity, and to understand the underlying politics.

Was there a similar correlation between groups which benefited and those with a high likelihood of voting?

In some final remarks (1:35:16), Alan Walker, professor of Gerontology at Sheffield, compared those raising concerns about intergenerational injustice with a shadowy neoliberal American organisation from the 1980s called “Americans for Generational Equity”. I followed up Prof. Walker’s reference to this group and found a paper, “Aging Boomers, Generational Equity and framing the debate over social security”. In it, the authors identify the difference between their approach and that of those such as Laurence Kotlikoff, the pioneer of generational accounting, as follows:

“Rather than assuming that each generation should support the generation that precedes it, advocates of the generational equity frame typically believe that each generation should be responsible for itself (Kotlikof [sic], 1992; Longman, 1989)…[The] frame has appeal to many Americans because it resonates with individualism, a dominant value in American culture. Individualism is linked to values of autonomy, personal ownership, liberty, individual responsibility, and personal freedom. Although advocates of the generational equity framework are not opposed to redistribution within families or voluntary redistribution by charitable organizations, they oppose ‘mandatory’ redistribution through government programs.”

This really is not fair. What Kotlikoff did, from the late 1970s, was to develop a model which could be used to put numbers to the previously developed “Life Cycle Theory of Consumption”. The approach uses the idea of “inter-temporal budget constraint” (this phrase taken from an IMF working paper; I’m sure something more definitive could be found), under which, if broken, a government will not be able to finance its expenditures at some point in the future. It is a long way from this to saying that those concerned by issues of intergenerational income distribution are on a slippery slope to rugged American individualism. Better to see them as concerned that the existing model of solidarity across the generations does not degenerate into one in which the only intergenerational transfers are via inherited wealth.