Is it fair for us to reap the benefits of nuclear power today, leaving future generations to deal with a legacy of nuclear waste? Hope Barker ponders the dilemma 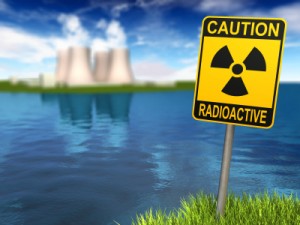 David Cameron’s recently expressed enthusiasm for the proposed construction of Hinkley Point C has reignited discussion as to whether nuclear energy really is the best alternative source of power to fossil fuels. Whilst it seems to be a cheaper and cleaner option, it raises a question of intergenerational justice and whether the current generation can legitimately instigate something of which the long-term consequences lie well beyond their own lifespan.

Nuclear power costs an average of $108.40 per megawatt hour produced, contrasting with the far higher $221.50 for offshore wind farms and the far lower $100.10 for conventional coal power. Already reeling from the current hike in energy prices, many people argue that switching to nuclear power is going to cause an even bigger increase in prices, which much of the UK will find impossible to afford.

However, with the effects of climate change becoming ever more apparent (the colossal scale of the typhoon in the Philippines serving as an ominous pointer), continuing to release such large amounts of CO2 into the atmosphere doesn’t seem to be much of an option. Nuclear power comes in as a far cleaner source and, despite being more expensive than coal, is relatively inexpensive when compared to pricey offshore wind farms.

That said, although nuclear power is fairly cheap to produce, building the nuclear power plants can require massive investment: Hinkley Point C is set to cost £16bn. This is because the advanced technology used to ensure the safety of these plants is very expensive and yet essential to make sure that current and future generations are not affected by any sort of nuclear disaster.

Is nuclear power the cleanest alternative?

It is important to recognise that nuclear power is not 100% carbon-free. In comparison to burning fossil fuels, the amount of CO2 emitted is fairly insignificant, but the construction, operation, maintenance and dismantling of nuclear reactors, as well as the extraction, transportation and processing of uranium all take their toll on the environment.

Renewable sources of power are lower-carbon alternatives, but they too are not zero-carbon. Nevertheless the amount of CO2 these sources release is still significantly low, with solar, wind and water power releasing 10-40 grams of CO2 for every kilowatt hour of energy produced and nuclear releasing 90-140 grams. So there is no totally carbon-free alternative; however, some are clearly more eco-friendly than others.

The blind spot of earlier generations in burning fossil fuels was that they never considered a time when these might run out. This meant that our entire industrialised civilisation was built around non-sustainable resources. One way of tackling this problem without switching to nuclear power is to improve the efficiency of our energy consumption. For many people the answer is not to find a new source of power but to refine our current usage. There is lots of advice to that end on the internet about how to reduce personal energy consumption by using gas heating, ensuring your home is insulated, installing double glazed windows etc.

Nuclear power is evidently more sustainable than burning fossil fuels. As it stands there are estimated reserves of 4.7 million tons of uranium to be mined, and an additional 4,500 million tons of uranium in sea water. To put this into perspective, a nuclear reactor typically uses 162 tons of uranium per year. This means that the Earth could provide resources for nuclear fission to power many future generations.

However, the waste produced by this process means it is not as sustainable as it seems. Whilst we could continue with this process for years to come, it will provide waste which we have no way to dispose of. Although nuclear power only produces a small amount of waste, it remains toxic for 100,000 years, i.e. ten times longer than recorded human history.  And while we debate the best way to dispose of this waste, it is constantly accumulating; in 2011 there were already an estimated 250,000-300,000 tons of existing nuclear waste on Earth. The more nuclear power we use, the more we add to the pile, which is going to be a problem for future generations for tens of thousands of years.

Of course it is likely that over time we will be able to refine the processes so that nuclear power becomes far more efficient and produces less waste. However it is impossible to know if we will ever acquire the materials to build underground structures strong enough to house the waste we do produce, no matter how little, for the duration of its toxicity.

This is where the question of intergenerational justice comes in. What gives us the right to leave a legacy of nuclear waste for the future population of the planet to deal with? Surely it is our moral duty not to jeopardise their health and wellbeing, or indeed to lock them into a high-risk technology.

Notwithstanding, in October 2010 Chris Huhne gave the green light to a massive nuclear project where private suppliers were invited to join consultations with a view to building up to eight new nuclear power plants. Despite the Fukushima disaster in March 2011, and the continued release of bad news about its contamination, the British government has persisted with this path, saying that it is unlikely the UK would ever be faced with such circumstances as Japan was; but there is no way to be sure of this across the nuclear timescale.

In October 2013 the government struck a deal with a consortium led by EDF Energy of France, with financial backing from two state-owned Chinese firms, to build Hinkley Point C. There was considerable criticism about how a key national asset was being built and funded by foreign enterprises, persuaded by a generous wholesale energy price guaranteed for 35 years. Little mention was made of nuclear waste.

There is no single satisfactory energy solution both for our generation and those of the future.

Those before us made the mistake of relying largely on coal, oil and gas – all of which are expendable and damage the environment. Today it seems that the best option for us would be to take our power from a variety of sources so that when one runs out, or becomes temporarily less productive, there will be ready alternatives. Each has its downsides, but we have to try to balance the risks. The UK government has framed this risk in terms of leaving a nuclear legacy for future generations on the one hand, and continuing with a dependency on depleting, carbon-emitting fossil fuels on the other, supplementing supply with gas, wind farms, solar energy and tidal power.

Germany, Switzerland, Spain and Belgium have all taken a different view by phasing out their nuclear power. Who will future generations thank?