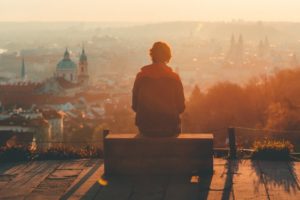 IF has brought the idea of intergenerational fairness to the centre of policy discussion.

When IF was established in 2011, “intergenerational fairness” was barely talked about. Now it is part of the vocabulary of virtually every politician and policy-maker. At IF we like to think we had a part in this – or that at the very least we mirrored the Zeitgeist.

There has been a sea-change across the political spectrum in the way that intergenerational fairness (or unfairness) is perceived as a valid measure of social justice. Back in 2011 intergenerational fairness was seen by some as a neoliberal trope used to justify swingeing spending cuts by the right. The argument on the left was that class inequalities trumped any other form of unfairness – but class analysis alone could not explain the generational inequities we could see unfolding in our society.

IF has championed analysis that uses an intergenerational fairness lens to explain the unprecedented changes in the fortunes and prospects of the different generations over the past three decades.

Our work has helped to highlight a number of areas of particularly acute intergenerational unfairness, including:

IF has given written evidence to dozens of government consultations. We’ve provided oral evidence to the cross-party Work and Pensions Select Committee on Intergenerational Fairness. We anticipated the widespread criticism of the Triple Lock which guarantees the automatic annual increase in the State Pension. This is not to question the plight of poorer pensioners, but to draw attention to a policy that favours the older generation indiscriminately, while benefits are withdrawn from the young and long-term liabilities are passed on to future generations.

The importance of intergenerational fairness has now transcended party politics and ageist propaganda, and has led to much greater scrutiny by policy-makers. There is much more to do, but with your help we can continue to draw attention to the predicament of younger and future generations, and offer practical solutions.