A test case for intergenerational fairness

The free TV Licence was given to any household with someone over the age of 75. For everyone else the TV Licence was, and still is, a tax on viewing, or listening to, any kind of BBC output. In effect, it meant that younger, poorer generations were cross-subsidising older, wealthier generations and we believed that was intergenerationally unfair. 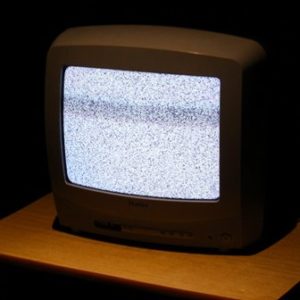 IF decided to use the free TV Licence consultation announced by the BBC as a test case for challenging age-based policies that unfairly disadvantage younger generations.

Like winter fuel payments, free prescriptions, and the Freedom (travel) Pass, the free TV Licence concession is not based on financial need. Instead, it is just another electoral “bung” to older generations for short-term electoral gain, which, once implemented, is hard to withdraw. The cost of this concession would have been close to £750 million by 2021/22; equivalent to 18% of the BBC’s entire budget, and forecast to rise to over £1 billion by 2029/30.

How we won – robust evidence

In our discussions with the BBC we showed that age-related concessions are unconvincing on intergenerational fairness terms. The first straw man we knocked down was the oft-used defence that older generations are disproportionately poorer than average and therefore need greater social policy protection. DWP data reveal that pensioner poverty has actually halved in the period during which the free TV Licence was offered – down from 28.7% in 1999/2000 to 15.8% in 2016/17. By contrast, a higher proportion of working-age adults are now living below the poverty threshold but are still expected to pay the licence fee.

The second defence used for age-related concessions is one based on loneliness and isolation. While there are undoubtedly many older people who are socially isolated and for whom BBC TV and radio services provide a source of comfort, data from the UK Community Life Survey 2017 reveal that loneliness and isolation is actually more likely to affect the young than the old.

IF’s consultation response led to an invitation to provide oral evidence and the rest is now history. As we recommended, the free TV Licence is now based on need, not just age, so older, poorer people, who receive Pension Credit, will still receive a free TV Licence.