Skip to content
Tweet
Recent reports have suggested that the UK government is considering an extension of the Right to Buy to housing association homes. IF Co-Founder Angus Hanton considers how this would affect the UK’s already-skewed housing market, how it would interact with the housing crisis and how it might impact future generations in the UK. 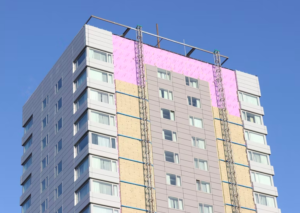 The sale of council housing in the 1980s is often seen as having created a new breed of happy home-owners: they had security, a stake in the capital value of their property and every interest in taking on the repairs and improvements.

However, the big criticism of that policy was, and still is, that the proceeds from sales were not used to create new council housing. So it has become harder and harder for young people to rent a council house or flat. In short, it was intergenerationally unfair.

A new right to buy

Perhaps it’s an effort to repeat Margaret Thatcher’s success for Boris Johnson to consider giving tenants of Housing Associations a similar right to buy. As with the sales of Council houses these sales would be at a significant discount to the market value – typically around half price. So how much might this cost and is it fair?

It could amount to a very significant transfer of value away from Housing Associations who are important players in the UK housing market. Of the UK’s 28 million homes, about 63% are owner-occupied, 20% are privately rented and of the remaining 17%, being “social housing”, the homes are split equally between local council properties and those owned by Housing Associations.

This equates to about 2.5 million homes whose tenants might be given a new right to buy. The largest four Housing Associations own about 400,000 homes, being Clarion Housing Group, L&Q, Notting Hill Genesis and the Peabody Trust.

A cost to future home-seekers

For Housing Associations this will feel like expropriation of their assets if they are forced to sell at a steep discount to value and it won’t give them enough capital to replace the sold homes with newly built ones. In turn this creates a benefit for current tenants but at a cost to future generations of home-seekers.

There are practical issues too – a block of Housing Association flats becomes mixed between owner-occupiers and tenants. So, if there is a big repair/improvement bill, possibly for removing cladding or just a periodic overhaul of the outside of the building, this will create large unexpected bills for the new owner-occupiers.

Whilst some young people will be beneficiaries of a Housing Association Right to Buy it will tend to be the older ones who will be in a position to purchase and increasingly young people will be pushed into the private rental sector where housing costs are highest and security of tenure is weakest.

As Shelter, the homelessness charity, says, more suitable housing is needed in the UK. But there is also a huge issue of under-occupied housing. Millions of people live in houses which are too big for their needs.

This suggests a virtuous policy solution: if council tax were to be raised and made more progressive, the funding this would generate could be used to refund the Housing Associations for the discounts they would have to give to those exercising their right to buy. The extra benefit of the increase in council tax on larger homes is that it would encourage people to downsize, thereby also freeing up more housing.

Photo by Jakob Cotton on Unsplash