On March 23, Chancellor of the Exchequer, Rishi Sunak, delivered his Spring Statement to Parliament, announcing a number of measures intended to alleviate the cost of living crisis. However, IF Co-Founder, Angus Hanton, argues that this package, combined with the government’s longstanding economic and fiscal policies, will do very little to solve the cost of living crisis facing young people, and instead will only exacerbate the deep intergenerational fairness which has taken hold in the UK. 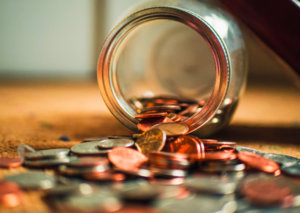 A cost of living crisis engulfing the young

Chancellor of the Exchequer, Rishi Sunak, put a brave face on the UK’s worsening cost of living crisis which is engulfing many young people in Britain. Whilst he promised a 1p cut in income tax in two years’ time, just before the next election, this cut was more than matched by the previous announcement of a 1.25% percentage point increase in National Insurance Contributions (NICs) mainly to pay for adult social care. That percentage point increase may not sound much but it is actually a 10% increase in NICs for a working-age employee.

The pattern is becoming clear – young people have to pay up today for a promise of jam tomorrow. But there is a more insidious way in which the Spring Statement has damaged intergenerational fairness. Increasing the rate of NICs in parallel with the decrease in income tax has the effect of charging more tax on earned income whilst reducing taxes on unearned income.

Rental income and pension income are not subject to NICs whereas young people’s earned income is very much subject to them paying NICs. So older generations will receive more help with their increases in the cost of living than young people.

The cost of living crisis affects young people on several fronts. The Spring Statement admitted that, for a typical household, energy costs will increase by £800 a year as calculated by the Office of Budget Responsibility (OBR) and young people are also experiencing sharp increases in rents and the costs of basic foodstuffs.

Perhaps the biggest hidden effect of inflation is not the rise in the cost of living, bad though that is, but its effect on their income tax burden. This is because Rishi Sunak has frozen personal tax allowances for five years (!) so that the tax free allowance will soon be worth a lot less and young people will drift into higher tax brackets without seeing any increase in their real incomes. Called “fiscal drag,” this will heavily penalise young people’s ability to spend and, for many, it will extinguish their ability to save – giving them higher costs of living with lower post-tax income to live on.

The interest rate is set at the surprisingly high rate of up to 3% above the Retail Price Index and as RPI-inflation is now at 8% young people are likely to face 11% interest a year while at university, which was totally ignored by Rishi Sunak’s Spring Statement.

In his Spring Statement, the Chancellor painted a gloomy picture of the longer-term outlook by saying, “We should be prepared for the public finances to worsen, perhaps considerably” and he made no mention of either intergenerational fairness or the huge government debts that are being built up for future generations.

If the UK’s finances do worsen, as the Spring Statement predicted, this could easily mean another turn of the screw on young people, many of whom will now be paying a marginal “tax” rate of 42.25% with NICs, Income Tax and Student Loan repayments combined.

The Chancellor also made no mention of any taxes on wealth or assets and carried on with the core assumption that government finances must be propped up with continuing increases in the income tax burden on the younger generation.

The Spring Statement included some useful allowances for small businesses but in the context of the increase in corporation tax from 19% to 25% in April 2023 these were of little comfort to those young people and small business owners who are preoccupied by the rises in their costs of living. COVID-19 was hardly mentioned and the Eat Out To Help Out scheme turns out to have been a well-intentioned blunder.

The poverty facing the young

The result of the cost of living crisis is that over a million people will be pushed into poverty and we know that there is more poverty amongst young people than amongst older generations, bad though it is in either case.

At the more comfortable end of the spectrum, there are millions of older couples who have paid for their home outright and can very happily live on an annual income of £50,000. Amazingly they can get that money tax-free: if they are each able to draw a pension of £12,500 and organise their affairs so that they each make a capital gain each year of £12,300, then they will have about £50,000 to spend each year totally tax free.

Can this really be fair when a young graduate paying high rent and earning £27,295 is paying over 42 pence in the pound on anything they earn above that?

What is needed is a radical reform of the tax system to make it fairer, particularly in intergenerational fairness terms, rather than the tinkering at the edges that this Spring Statement amounts to.

Photo by Josh Appel on Unsplash