The end of 2021 marked the 10th anniversary of the founding of IF, a milestone that we marked with a report looking at how the welfare of younger generations has changed over the past decade. IF published three other research reports this year on growing housing inequality, age bias in government spending and the discount rate. John Hobby, IF researcher, runs through the key elements of intergenerational unfairness analysed by IF this year. 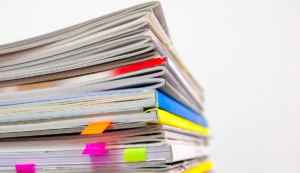 IF’s main research output in 2021 was our landmark 10-year anniversary report: “Left Behind: a decade of intergenerational unfairness.” This paper, supported by Curtis Banks, marks a decade of advocating for younger people and future generations, and analyses how the prospects of young people have changed over the last 10 years. We find that the policies of successive governments have worsened socioeconomic outcomes for young people and that the two bookending crises – the financial crisis and COVID-19 pandemic – had disproportionate impacts on younger people.

The report examines 10 policy areas, finding that young people are now worse off in 9 of them than they were a decade ago. This decline is particularly evident in labour market opportunities: young people are the most likely to be underemployed and youth unemployment rates took 8 years to recover to pre-crisis levels after 2008, the longest of any age group. Housing inequality was another area of specific concern, where rapidly increasing house price-to-earnings’ ratios have made the prospect of homeownership distant for the current cohort of 16–34 year olds.

The only area where the lot of young people has improved is environmental policy. The UK government has made significant effort to reduce territorial emissions over the past decade and has successfully reduced average per-capita emissions below the EU average. This is cause for cautious optimism on the power of environmental policy to initiate positive change.

The findings of the report bring into clear focus the need for government to consider intergenerational fairness more thoroughly. IF recommends that intergenerational impact assessments should be conducted for all current and future policies.

April saw the release of “Stockpiling Space”, an analysis of how the pandemic accelerated the trend over the last decade towards greater housing inequality between rich and poor, and younger and older generations. We are delighted that the report has just won the accolade of being among the Top 5 House of Lords Thinkhouse Repository research reports of 2021.

The research finds that while the English housing stock is not increasing enough, the existing stock is also being used increasingly inefficiently. The past decade has seen a trend of wealthier people and older generations increasing their share of the housing stock to the detriment of younger buyers and renters. The number of second homes in the UK has increased by 50% over the past decade, reaching 5.5 million in 2020. Under-occupation is also rife, with 52% of owners now owning two or more spare bedrooms, while renters have seen their average floorspace decline. The pandemic has accelerated this trend, with older and well-off people buying up larger and more expensive properties in larger numbers.

Decades of misguided housing policy has created two housing “nations” within the UK. The first nation is older, well-housed, often well-off, with space to work and self-isolate during the pandemic. The second nation is younger and tends to live in cramped flats or shared homes with little or no access to outside space. These differences contributed to divergent physical and mental health outcomes throughout the pandemic.

The report recommends the abolition of the council tax regime and its replacement with fairer property taxation, stamp duty holidays for downsizers and a commitment to gently lower house prices for the young.

Back in March we released “Age Bias” – a report finding that government spending is heavily skewed in favour of older generations. The government now spends around £20,800 on each pensioner and only £14,700 on each child – a £6,000 gap that has doubled in magnitude over the past 19 years.

Much of the divergence in spending can be explained by the introduction of the State Pension Triple Lock in 2010, and the increased spending on social protection and concessionary travel for pensioners. This increased spending has driven a drastic decline in the number of pensioners in poverty, a worthwhile achievement and cause for celebration.

However, while per capita spending on pensioners has continued to rise due to the provision of universal or near-universal services, benefits awarded to children on average have stagnated overall and trends in spending on education have reversed. This has led to a stagnation in the number of children in poverty over the past 20 years. Despite the progress in outcomes for children in poverty between 1999 and 2010, distribution of government spending has become drastically skewed in favour of pensioners over the past 10 years.

Moving forward, we cannot make current and future generations of children pay for the COVID-19 crisis through cuts to funding. We recommend that the government reviews public expenditure on the response to COVID-19 so far, as well as all future public expenditure, to ensure that public finances are being distributed in an intergenerationally fair manner.

To accompany our online panel discussion in November, IF released a short pamphlet on the intergenerational importance of the discount rate – “Are we dis-counting young people’s futures?” The pamphlet explores how the arcane practice of “discounting” future liabilities can lead to an over- or under-estimation of their true value. This is of particular importance for public-sector and state pensions, where the UK government may be significantly underestimating the burden placed on future taxpayers. The accompanying event, attended by the Young Fabians, Young Liberals and Young Greens, is now available to watch online.

IF are excited to organise more panel discussions in 2022, with a series of events on intergenerational issues ranging from the housing crisis to climate policy.

IF would like to thank everyone who has supported our work in 2021 and over the past decade. We look forward to another year spreading awareness of intergenerational fairness in 2022.

Photo by Bernd Klutsch on Unsplash