The Conservative Environmental Network’s Kitty Thompson assesses the UK’s role as a host of COP26 and its efforts in tackling climate change on the domestic front, finding reasons to be optimistic about the climate Conference. There is much more to do, and significant international cooperation is required: will COP26 instigate a change for good in global efforts to tackle climate change? 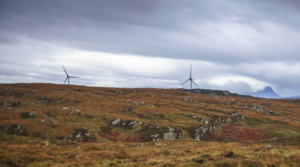 Media headlines and angry tweets rarely combine to paint an accurate picture of reality, and this is no truer than when considering the UK’s environmental credentials. As well as being the first major economy to make a commitment to net zero emissions, the UK has also become the first country in the world to set a legally-binding target for nature recovery, not to mention being the fastest growing economy with the largest emissions cuts in the G7.

If actions speak louder than words, then the UK government has already clearly demonstrated its commitment to securing a stronger, fairer environmental future for its population.

These achievements put the UK in a strong position as it heads to COP26, but ambition should not stop there. While these achievements are valuable, climate change is a global problem which requires a global solution, and we must look beyond our borders to tackle it.

As such, having gained the necessary credentials to become a worthy host of COP26, the UK must now present itself as a strong leader on the international stage in order to obtain policy commitments from across the world.

The UK does not exist in a vacuum so in order for national policy wins to be replicated at an international level, this must be acknowledged. As sceptics regularly point out, the UK only directly contributes one per cent of global emissions, rendering our direct and national efforts on climate change modest when compared to larger polluters such as China, the US, India and Russia, nations which collectively produce around half of annual CO2 emissions.

Not merely hosting, but leading

But as history has proven time and again, what we lack in geographical size, we can certainly make up for in diplomatic clout. Britain wields huge influence internationally and COP26 is no different. The value of this approach, combined with our ability to lead by example, should not be understated. The UK is not merely hosting COP26, the UK is leading it.

Thus, Britain’s vested interest in securing its population’s future relies on the action of other countries and vice versa. To secure this future will require cooperation, not competition. COP26 provides the platform for countries to come together to discuss, collaborate and decide the best course of action for tackling climate change.

But what makes COP26 so special? Well for one, it is happening right now. With the path to net zero by 2050 to largely be determined by the actions taken today until 2030, now is the time to take action – COP26 presents an excellent opportunity to do just that. Bringing together representatives from across the world, these two weeks in Glasgow have literally been designed to enable negotiations and to make commitments.

Another crucial advantage of COP26 is that, unlike national political cycles, it allows for longer-term thinking and goal-setting. On the world stage, national party politics are far less relevant and COP26 should be a fantastic forum to capitalise on this.

Leaders are at COP26 to represent their countries, not their parties. This provides fertile ground for producing long-term, ambitious commitments. If successful, COP26 will prove to be an essential mechanism for securing intergenerational environmental fairness, much more so than any individual person, Parliament or nation.

Photo by Perry Kibler on Unsplash