The UK Government has announced their plan to reduce greenhouse gas emissions to reach a target of net zero. The most notable initiatives include investments in electrical cars and sustainable aviation, as well as expansion of nuclear programmes. IF Student Intern, Hanna Burt, analyses the plan from an intergenerational fairness perspective. 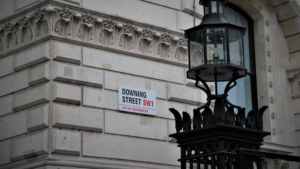 Too little, too late

The new Net Zero Strategy outlines the measures the Government will take to ensure that the UK no longer contributes to climate change by 2050. Responses to the plan were mixed. While Friends of the Earth point out that the “rapid electrification of new vehicles is certainly welcome”, they also mention that the plan fails to “say no to further fossil fuel extraction”, which is crucial to ensure the average rise in global temperatures does not exceed 2°C.

Chris Stark, Chief Executive of the Climate Change Committee (the CCC), said the initiative is “a substantial step forward that lays out clearly the government’s ambitions to cut emissions”. Yet, some of the key points emphasized by the CCC, such as the reduction of meat consumption, are grossly overlooked. The CCC also critiqued the net zero plan for being vague and containing several strategic gaps.

Where are the young?

How the measures will impact future generations is not discussed to any significant extent. In fact, in the entire 338-page document, young people were mentioned on only three occasions. Meanwhile, the stability and prosperity of younger generations hinges upon the choices made here. Some suggestions are particularly detrimental to their generation.

Firstly, the government has chosen to increase funding of nuclear energy. While nuclear energy is carbon neutral, there presently exist no sustainable methods of storing nuclear waste, without the risk of hazardous leaks. Professor Gerald S. Frankel at Ohio State University says this is a “a societal problem that has been handed down to us from our parents’ generation” and we are now “handing it to our children”. Because the measures taken by the government do not address the issues at hand, they defer problems onto future generations, who will have to come up with solutions on borrowed time and limited resources.

A more suitable investment would be the development of alternative modes of travel, such as the expansion of the UK railway system. This is not only a more sustainable alternative. in terms of less carbon emissions, but also decreases air pollutants, as well as the consequent effects upon health which are felt for years after.

The third issue which will unequally affect future generations concerns the fiscal gap caused by the low-carbon transition. As the use of fossil fuels in transport decreases, the tax-base provided will also reduce. The Net Zero plan does not mention how it will aim to compensate for these losses but assumes that tax income will remain neutral. This will increase the financial burdens of young and future generations, as the expected sum of net tax payments will not equal the expected government spend. Future generations will have to pay more for incoherent financial planning by current generations.

It is important that climate change is addressed, as it has significant implications for the futures of young people today and future generations tomorrow. Furthermore, climate anxiety is an increasing cause of distress, for young people who have “perceptions of inadequate action by adults and governments”.

Photo by Jordhan Madec on Unsplash