Yesterday, MPs voted to approve raising employees’ National Insurance Contributions (NICs) by 1.25 percentage points, breaking a key manifesto promise not to raise taxes. While the government marketed the rise as “progressive”, in reality it is an intergenerationally unfair tax reform which will affect younger generations the most. Lizzie Simpson, IF Researcher, explains. 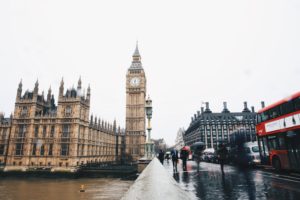 This week, the government announced that it would be raising NICs for employees and employers by 1.25 percentage points each, as well as raising dividends tax by 1.25 percentage points. From 2023 onwards, the extra NICs will become a new 1.25% tax called the “Health and Social Care Levy”. This tax will raise approximately £12 billion per year and has been justified on the grounds that the government needs to increase funding for health and social care in light of the pandemic and rising demand for social care.

The Chancellor has said of the tax “It is fair: the more you earn, the more you pay.” However, this is not entirely true. While NICs are a progressive tax for the majority of workers, it is a regressive tax when considering how the very highest earners are treated.

For employees earning over £50,000 per year, NICs drop to 2%. Therefore, employees earning above this threshold will pay proportionally less of their income in tax. This will still be the case even when the higher rate of tax rises to 3.25%.

Additionally, as with current NICs, the tax will apply to employees earning over £9,568 a year or self-employed people with profits of over £6,515 a year, meaning that this tax rise will also apply to people on the lowest incomes. Remember too that the government announced that the threshold for NICs would be frozen for the next five years. That means that more lower-paid, and younger workers will be pulled into payment sooner as wages inevitably rise to counter inflation.

The UK currently has high levels of in-work poverty. In 2019/20, the majority of people living in poverty were in households which undertook some form of paid work.

Younger people will also be particularly squeezed as under-35s were already having to spend nearly two thirds of their income on “essential” goods and services before the pandemic. This hike in NICs for the young will therefore hit lower earners and younger people particularly hard, especially when combined with the removal of the £20 uplift to Universal Credit in October 2021.

The young paying for the old

Another way in which this tax is regressive is that it will impact younger people more than older people.  This will particularly affect graduates with a student loan, as once they earn over the repayment threshold of £27,295 (Plan 2 loans), they will face marginal tax rates of 42.25% for the next 30 years.

It is also worth remembering that until the announcement this week, once people hit the age of 65 they no longer paid NICs. It meant that older workers were receiving an effective pay rise of 12% over their younger colleagues for simply remaining (in the often well-paid and professional) job they held before.

IF has long campaigned for older workers to contribute more in NICs in order to pay for their own generation’s increasing health and social care costs rather than passing the bill down the generations for younger and future generations to pay. So, while we are delighted that the government has announced that older workers will now contribute 1.25% on earnings over the NICs threshold if they continue to work, they are still receiving a 12% pay rise while young workers’ NICs have increased by 10%.

IF’s previous research has also shown that government health spending per person is significantly higher for pensioners than for children or working-age adults. This new Health and Social Care Levy is therefore a tax primarily on younger working people, to generate revenue for a service which is used primarily by older people – a textbook intergenerational injustice.

A key purpose of the tax is to keep the manifesto promise that “nobody needing care should be forced to sell their home to pay for it”, by introducing a cap of £86,000 as the maximum amount that anyone will have to pay for their care throughout their lifetime. This will particularly benefit wealthier people in areas with higher house prices, as their assets are likely to be considerably higher than this cap, and they are also more likely to hit the cap as the cost of care is often higher in these areas.

This will enable older people who require care to retain more of their assets, enabling them to pass more inheritance onto their children and grandchildren, and thus deepening inequalities between people who inherit family wealth and those who do not.

These policy changes seem to be based on the idea that older homeowners have a divine right to keep their houses at all costs, and to also keep all the unearned asset wealth gained from huge house price inflation in the UK over the last few decades.

However, there appears to be no equivalent government support for the idea that younger people should also have the right to own housing. This higher NICs rate will make it even harder for young people to save up for homeownership, while older people get to keep their homes for longer.

IF has long campaigned for higher taxation of unearned assets and has previously calculated that charging NICs on shareholder dividends and on commercial and private sector rents could generate approximately £24 billion in extra tax revenue – double the £12 billion which the Health and Social Care Levy is expected to raise.

Instead, the government have chosen to implement a policy which raises taxes for residential and commercial tenants but does not raise taxes on the income that landlords receive from them.

The government have used COVID-19 to justify this policy, stating that it is necessary to raise the funds needed for the NHS and that “a global pandemic was in no-one’s manifesto”. While more funding for health and social care is crucial, the decision to tax working people instead of taxing wealth and assets is ultimately a political choice.

Out of all the possible options for raising taxes, the government have chosen the option that is most appealing to the people most likely to vote for them: older people, homeowners, landlords, and wealthier people with assets.

Like many policy choices from this government, this will intensify existing inequalities: between the wealthy and the poor, between renters and homeowners, and most clearly, between older and younger generations.

Photo by Heidi Fin on Unsplash