Australia has been called a “lucky country” thanks to very low COVID-19 deaths, but that has come at an economic cost to younger Australians who have not fared well. Think Forward, a newly established lobby group for young Australians who want politicians to prioritise and take action on issues of intergenerational fairness, argues that young people now deserve payback 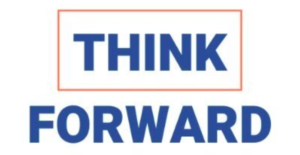 Australia is known as the lucky country, and this has been exemplified in the way Australia has navigated the pandemic. As of June 2021, Australia has registered just over 30,000 cases, and tragically 910 deaths.

In global terms, Australia has used its isolation to establish strong borders, a robust public health response and mandatory quarantine to keep the country largely free of COVID-19. Whilst Melbourne experienced one of the harshest and longest lockdowns experienced globally, Australia has been successful in stopping both a first and second-wave in its tracks.

However, Australia, like many other nations, has still experienced the economic shocks of COVID-19. By June 2020 national Gross Domestic Product (GDP) had dropped by 7% and unemployment peaked at 7.5%. Twelve months on, and some 93% of the jobs lost during various lockdowns have been recovered, but this number does not necessarily tell the full story.

In March 2020, the Australian Government introduced the “JobKeeper” subsidy, a $1,200 a fortnight payment to those stood down due to lockdowns at a cost of $90bn to the taxpayer, a programme which ended in March 2021.

For those who did not qualify for JobKeeper (namely non-residents, those who had not worked for their employer for 12 months and those working in casual positions), they were encouraged to withdraw up to $20,000 from their superannuation accounts (Australia’s compulsory retirement savings contribution scheme), or access “JobSeeker” (Australia’s name for the dole), worth only $815 a fortnight (down from $1,115 per fortnight during 2020).

For those people ineligible for JobKeeper, particularly young people working in the hospitality and creative sectors, as well as other highly casualised workforces (e.g. universities), they were asked to dig into their own pockets, unable to work, where others were able to claim the JobKeeper entitlement (in some instances earning even above their salary).

With JobKeeper now ended, each time a “snap lockdown” or extended lockdown happens (as occurred for two weeks in Melbourne recently), young people are often the ones facing the most significant financial hardship. This is borne out by the true unemployment figure, with 75,000 less people under the age of 25 employed in April 2021 compared with twelve months earlier, despite record low unemployment.

Like so many of their generation, young people are having to navigate entry into an uncertain job market and forgo typical experiences like overseas travel and gap years due to extended lockdowns. An economic recovery from COVID-19 needs to empower young people economically and socially to try to rebuild what they have lost.

Some of the key areas Australia will need to address through a COVID-19 recovery are issues that have been exacerbated by the pandemic including:

With houses in many suburbs in capital cities now selling for between 13 to 17 times average annual income (where our parents paid between 3 to 6 times their income for a similar property and location), young people have been priced out of the market. Research shows the “Bank of Mum and Dad” is now the fifth largest bank in Australia, creating greater intra-generational division for Millennials and Gen Z.

Whilst policies have been introduced to allow young people to again dip into their superannuation for a house deposit, there are concerns this is artificially inflating prices, and robbing young people of savings in retirement.

Wages remain stagnant in Australia, with wage growth under 3 % since June 2013 and Australia’s overall economic growth its slowest in 60 years according to the Productivity Commission. Grattan Institute research shows that Australians aged 24–35 years are no better off than similarly aged Australians 12 years ago, compared with a household aged 64–75 years which is $480,000 better off.

Whilst government’s globally have shown no reluctance to spend huge sums to cushion the impact of COVID-19, these decisions have often occurred at an alarming pace, with little input from taxpayers. Australia’s introduction of the JobMaker and HomeBuilder schemes (at a cost of up $4bn and $680m respectively) were marketed as “wins” for young people, and yet the JobMaker scheme has been underutilised, and criticised for encouraging unstable employment.

Meanwhile, HomeBuilder has largely benefited older established Australians, who have accessed subsidies for renovations on existing properties. Policies such as these highlight the exclusion of young people from economic policy-making, and a lack of consideration of the needs of young people.

Perhaps one of the most upsetting aspects of the pandemic is the way it has robbed young people of the opportunity to travel and explore, as is a common rite of passage for many young Aussies.

Whilst Australia has no control over foreign restrictions, our hard-line approach to borders, prohibitive cost of quarantine ($2,000 per person) and incredibly slow rollout of vaccinations, with young people last in line, is forcing young people to miss out. As the pandemic continues (and may continue for some time) Australia needs to consider how it can ‘open up’ safely, to allow young people to get on with their lives.

Time for pay back?

Young Australians are lucky and have a lot to be thankful for. We have not had to watch on with horror as COVID-19 claimed the lives of our loved ones en masse.

However, where there has been economic pain, young Australians have taken the brunt of this, and will continue to do so. Economic reform, and intergenerational thinking is required to rebuild what we have lost from this pandemic and ensure that young people can continue to claim that they live in a lucky country.