Paul Kershaw, a policy professor in the University of British Columbia’s School of Population Health, and Founder of Generation Squeeze, explains how spending on older generations’ pensions is passing structural deficits on to young Canadians 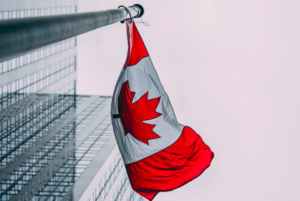 A victory for the generations raising young kids

I founded Generation Squeeze a decade ago to shine light on the vice grip that squeezes younger Canadians between lower earnings and skyrocketing housing costs. I lamented that the vice grip tightens further when they start their families, because child care fees cost another rent- or mortgage-sized payment in Canada because our country is an international laggard for investment in early childhood education.

To ease this squeeze, our organization began recommending a “$10 a day” national child care system in partnership with the $10aday.ca movement, and broader national advocacy by Child Care Now.

Amid the physical distancing required to fight the pandemic, the harm caused to families, and especially mothers, by the cancellation of child care and schooling, made it impossible for the Government of Canada to ignore the need for a historical investment in child care. Happily, our #BuildBackBetter 2021 federal budget now commits billions to grow a child care system with fees no higher than $10 a day so that child care will never again cost as much as paying rent or the mortgage!

This is very good news for the generations raising young children.

While I celebrate this historic breakthrough, I remain concerned that federal messaging inclines the media to report that child care funding is at its biggest increase in this year’s budget. It isn’t.

Increases to Old Age Security (OAS) absorb far more taxpayer dollars – although this fact is buried in the fine print, as it has been for many years, because we do not yet have adequate age or generational reporting in government budgeting in Canada.

Table A1.6 of the Budget shows that the Government of Canada plans to increase spending on OAS by $22 billion a year as of 2025 compared to what was spent in 2020.

That is three times more than the $7.7 billion that Ottawa plans to add to child care in 2025.

It is more than the $17.6 billion that Budget 2021 (p.160) will invest over several years for a green recovery to create jobs, build a clean economy, and fight and protect against climate change.

And it’s ten times greater than the $2.5 billion that Budget 2021 (p.194) adds for affordable housing over several years.

OAS contributes to structural deficits passed on to younger Canadians

There is no doubt that Old Age Security is important because it helps seniors enjoy financially secure and healthy retirements. Almost every younger Canadian will love a parent or grandparent who uses OAS. My mom and dad do. So do my in-laws.

But when Canadians and our politicians reflect on why our national government still plans a $31 billion deficit in 2025, well after we hope the pandemic-induced recession is over, it will be important to acknowledge that growth in OAS spending is a primary factor.

To be clear, OAS spending is not a problem on its own. But it is a problem that governments resist being honest with Canadians about the need to consider new ways to raise revenue to cover its growing costs. Because this resistance contributes directly to leaving larger government debts for younger Canadians, which prior to the pandemic had already tripled in size by comparison with four decades earlier.

Part of the reason why younger Canadians inherit so much more debt is that previous governments did not change the way we raise revenue for OAS and medical care when they made important changes to the Canada Public Pension (CPP) several decades ago. When governments launched these three programs, they were designed as pay-as-you-go systems: governments collected revenue in each year to correspond (more or less) with the cost of benefits paid in the same year.

By the mid-1990s, the federal government recognised a shrinking ratio of workers relative to seniors required changes to CPP revenue collection if it were to remain solvent for future generations. So the CPP was changed to a pre-pay system. Rather than contribute to governments’ “general revenue” individuals now contribute payments over their working lives directly to the CPP system. These payments are closer in amount to average projected future benefits that individuals expect to use.

The problem is that our governments were not honest with them about how much they needed to contribute in order to ensure that they did not take from the systems more than they put in. The outcome is unpaid bills that we leave for their kids and grandchildren.

Those unpaid bills risk growing in size as public attention shifts to improving elder care and pharmacare given the hardship we witnessed at seniors’ homes during the pandemic. These hardships deserve attention, but their solutions require that we explicitly raise revenue to pay for new investments in ways that are fair between generations.

Take climate change. We do not yet charge enough for pollution or have a formal “Carbon Budget” as they do in the UK. So we leave younger Canadians and future generations to pick up the tab for our present over-consumption of the atmosphere’s scarce capacity to absorb carbon. This puts at risk the very climate on which younger Canadians depend for their health and economic wellbeing. That is a big price to impose, one that is real now as we experience record-breaking temperatures in Canada while I write this piece.

Or take housing. We do not yet care enough to change government policies to stop home prices from rising, despite a pandemic-induced recession. We hesitate to slow home prices in large part because home owners like me get richer from rising home values while I sleep, cook and watch TV. But what is good for me individually is crushing housing affordability for those who follow in my footsteps.

And, yes, as I have been discussing throughout this article, our government budgets are a problem too. They do not invest evenly between younger and older Canadians, nor collect revenue in ways that are attuned to generational fairness.

Careful what you wish for

What is especially maddening is that Gen Squeeze worked hard to get the Government of Canada to begin reporting age trends in their annual budgets so that we could reveal these budgetary tensions. And it now does… sort of.

In response to our years of advocating for our national government to report whether different age groups benefit evenly from new investments, Finance Canada now reports on the share of new government spending for which its department is responsible. Sounds good, right?

Wrong. Because Finance Canada leaves out the much larger increases in spending for which the Treasury Department is responsible. (And now, everyone who continued reading this far into the article has fallen asleep because such public finance details are boring!).

But it makes a big difference, because Finance Canada does not report on the majority of additional OAS spending. So it gives our Members of Parliament inaccurate information, leaving them with the inaccurate impression that the federal budget may be allocating more money towards younger generations – which it is not.

Budgeting for all generations

Our Members of Parliament need an accurate age analysis if they are going to develop budgets that truly work for all generations. So far, federal budgets fail in this regard, which was evident when the leader of an opposition party wrongly claimed that the 2021 Federal Budget neglects seniors.

Gen Squeeze will keep trying to fix this problem in order to mobilise the best available knowledge about generational fairness into federal budget decisions.

Because we need generational fairness in our budgets to restore housing affordability, to benefit all Canadians from a climate that does not grow too hot, to ensure the generations raising young kids can afford enough time at work to make ends meet and enough time with their families; and to do all this while protecting our aging parents and grandparents as they age and require quality long-term care.