In this contribution to IF’s Worldwide Blog Week, Claire Dale, Research Fellow at the University of Auckland Business School, explains how young people, and specifically children, have so far been let down by COVID-19 recovery policies 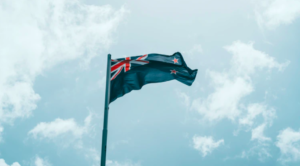 As population ageing is occurring in most of the world, it is increasingly urgent to have policies in place to ensure intergenerational equity: fairness of treatment between older and younger age cohorts.

Research for Turning silver to gold: Policies for an ageing population showed that New Zealand’s ageing population was conjuring fears of an increasing multitude of frail elderly people, a “silver tsunami” dependent on decreasing numbers of young workers for the provision of their care and support, as well as their old-age pensions – the pay-as-you-go New Zealand Superannuation.

Better policies for the young

But a different image can be conjured, “turning silver to gold,” if public policy changes include better policies for the young. Improving intergenerational equity in New Zealand would require such measures as: joining international organisations developing age-friendly communities; establishing a Future Generations Commissioner (as in Wales); introducing fair, gender-neutral annuity products to enable intragenerational sharing of the costs of ageing populations; reducing the wealth divide driven by an unfair housing market that favours older, more resourced people at the expense of young families; and especially improving support for families to reduce child poverty.

Deprivation in the young

The International Labour Organisation, 2015, states: “Underinvestment in children jeopardizes their rights and their future, as well as the economic and social development prospects of the countries in which they live.” But the relative deprivation of the young remains the case in New Zealand.

The 2019 Household Incomes Report from the Ministry of Social Development (MSD) showed that 21% of those aged under 17 years were living in low income households, compared to only 11% of those aged 65 years and over. The 2020 United Nations Children’s Fund report ranks New Zealand 35th in child wellbeing outcomes out of 41 EU and OECD countries.

Reducing child poverty was a stated priority in 2017 for Prime Minister Jacinda Ardern, who appointed herself minister for child poverty reduction. The Office of the Children’s Commissioner (OCC) 2020 reported that, in response to COVID-19, the government introduced a range of measures to assist families. These included a $25 increase in the benefit rate and a doubling of the Winter Energy Payment (however the WEP was returned to its original rate in 2021).

Most emphasis was given by the government’s $62 billion of funding available over several years for “shovel-ready” solutions as part of the COVID-19 response, as reported in the Auditor General’s early 2021 report.

In addition to infrastructure and housing, the Wage Subsidy and the Small Business Loan Scheme accounted for over $15 billion of the COVID-specific expenditure. The government also introduced policies to assist renters, homeowners and prospective owners. In 2021, $10.2 billion remains unallocated that could be lifting children out of poverty.

The OCC urges that children and young people must have a say in building a response that is not just “shovel-ready”, but “future-ready”.

And New Zealand’s 2021 Budget Policy Statement (BPS) acknowledged that the COVID-19-driven economic downturn impacted most severely on those already disadvantaged in the labour market: young people, Māori and Pacific workers, and women.

Yet the government responses to COVID-19 targeted to young people included support only for employers to take on and retain apprentices, and an increase of 1,000 places in Trades Academies to enable more young people still at school to engage in vocational learning.

Also, sadly, the child-specific government policies during lockdown were negligible, comprising a small increase in the numbers of schools providing free lunches to students, and an investment of just $88 million in electronic devices and internet connections to support distance learning for students in low-decile schools.

NZ is trailing behind

While New Zealand led the world in the initial response to COVID-19, with a “go fast, go hard” approach, we continue to trail behind most of the rest of the world in our treatment of our children. We neglect our children, our most valuable taonga, when investing in them is the best way to prepare for an ageing population.

Photo by Liam Shaw on Unsplash